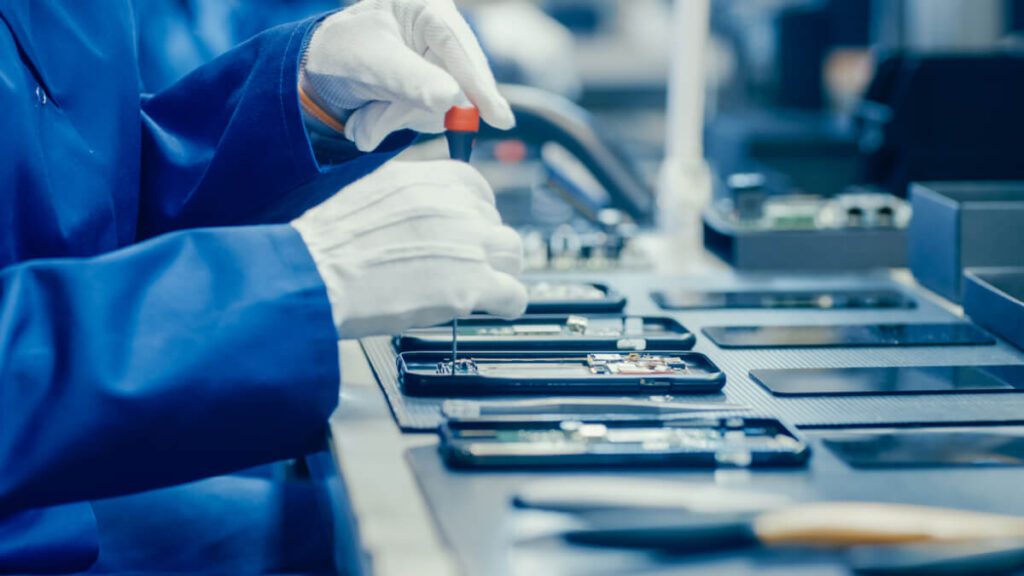 The smartphone industry will experience one of its best years in equipment manufacturing, despite the current global health crisis and semiconductor shortage, Gartner and IDC revealed in a new research.

According to technology research firm Gartner, global smartphone production and sales reached a whopping 328.8 million in the second quarter (Q2) of the current year, going up to 10.8 percent year-over-year (YoY), leveling up to a 10.2 increase in mobile sales.

Despite COVID-19 emergence, which led to a remarkable increase in supply restrictions and component insufficiency, customers’ need to purchase new phones amplified in 2021’s Q1.

“The smartphone market was better prepared from a supply chain perspective heading into 2020 given almost all regions were expecting to grow and vendors were preparing accordingly,” Ryan Reith, IDC Vice President said in a statement.

“2020 was a bust due to the pandemic but all of the top brands continued forward with their production plans with the main difference that the timeline was pushed out. Therefore, we are at a point where inventory levels are much healthier than PCs and some other adjacent markets and we are seeing the resilience of consumer demand in recent quarterly results,” he added.

One of the biggest factors affecting the augmentation in smartphones manufacturing is the rising user interest in the products, specifically 5G devices.

In IDC’s analysis of consumer growth, the company predicted that 5G smartphones shipments will increase, with the chance of reaching 570 million units in 2021, aiming for a 123 percent YoY increase.

In parallel, the company expects that by the end of 2022, 5G units will result in more than 54.1 percent of all smartphone shipments, since consumers’ anticipation of the release of 5G devices will expand the fifth generation’s lineup in the third quarter (Q3). This move will assist the manufacturing companies to keep 5G units as the lead products driving the market’s accelerated growth.

As for the league of smartphone vendors, South Korean conglomerate Samsung closely followed Xiaomi with its 5G units. Xiaomi registered 80.5 percent rise in sales in a fiscal year, and currently owns 15.5 percent of the smartphone market.

In the race to overtake the market, Xiaomi overtook Apple for the first time, claiming its first major victory against the iOS developer.

It is worth mentioning that Apple is not falling far behind Xiaomi as it marked up a 15 percent market share. As the for iPhone maker’s sales, the company’s latest iPhone 12 – a 5G enabled phone released at the end of 2020 – managed to convince Apple’s loyal userbase to upgrade to the latest iPhone this year.

As for Gartner, the global research and advisory firm revealed that despite the promising numbers in sales, much of the manufacturing firms witnessed a drop in sales due to the pandemic’s overtake.

“Reinforced shelter-in-place instructions and factory shut-downs in India and Vietnam due to the second wave of COVID-19, along with the closure of retail businesses and restrictions on online deliveries affected smartphone sales negatively in the second quarter after a strong start at the beginning of 2021,” a Gartner spokesman said in a statement.

One of the main factors leading to the exponential growth demand and limited supply played a major role in the increase of chip demand.

Gartner foresaw that the shortage of chips will most likely last till mid-2022, with experts who believe that jams in supply chain will confine the market’s growth. Moreover, the company predicted that 2021 will experience a sale of 1.5 billion devices globally, an 11.4 percent increase in comparison to 2020.

IDC’s vice president Ryan Reith shares the same prediction with Gartner, as he expresses worries that the market must prepare itself for a heavy wave of demand, a wave of which manufacturers might have the capacity to answer due to a shortage of components.

“The smartphone market was better prepared from a supply chain perspective heading into 2020 given almost all regions were expecting to grow and vendors were preparing accordingly,” Reith said in a statement.

With the ever-increasing market demand for smartphones, companies might be faced with a long process to accommodate its consumers and market’s needs. As analytics forecast an elevated pressure on manufacturers, hope is not lost as shipments are expected to reach an optimistic growth till 2023.