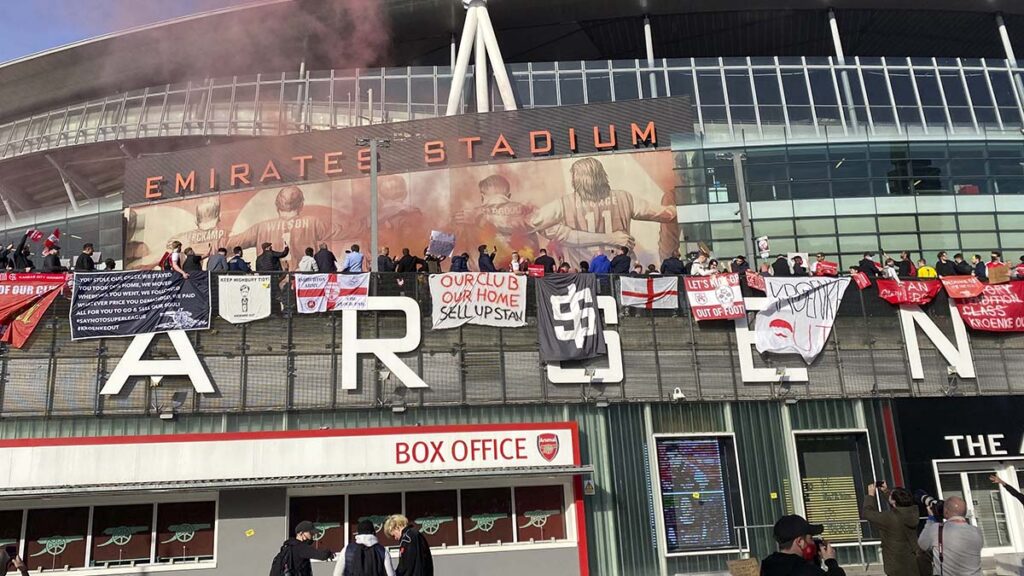 Spotify co-owner Daniel Ek says a bid to buy Arsenal has been rejected by the Kroenke family which owns the London-based Premier League club.

The Swedish entrepreneur behind the music-streaming service first revealed his takeover interest last month after owner Stan Kroenke’s ill-fated attempt to lead Arsenal into a European Super League. The project collapsed amid fan anger and government opposition. Protests have continued ahead of games — where fans are locked out due to the pandemic.

“This week an offer was made to both Josh Kroenke and their bankers that included fan ownership, representation at the board and a golden share for the supporters,” Ek said on Saturday. “They replied that they don’t need the money. I respect their decision but remain interested and available should that situation ever change.”