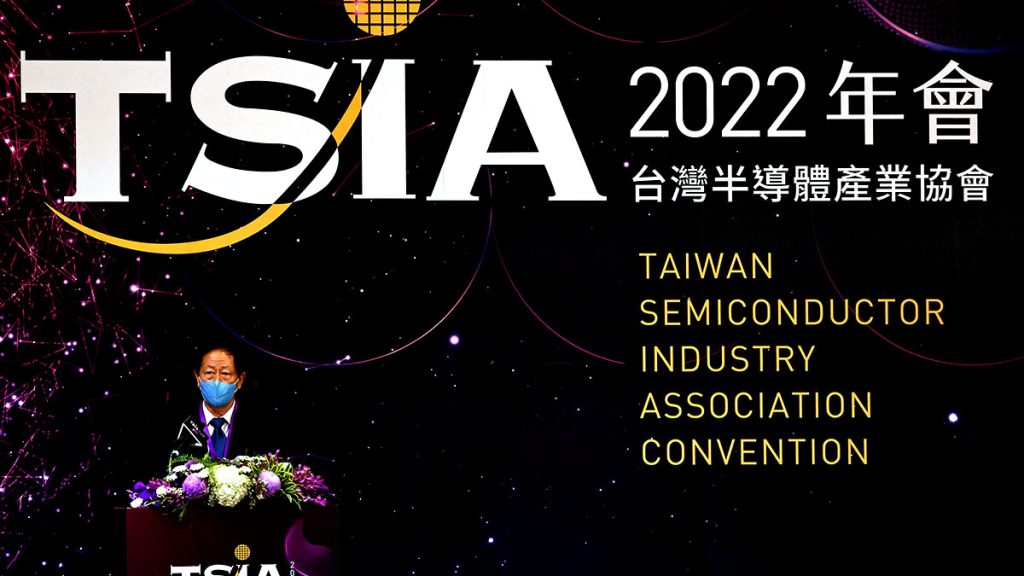 Rising Taiwan-China and U.S.-China tensions have brought “more serious” challenges for the semiconductor industry, the chairman of Taiwanese chipmaker TSMC said on Wednesday.

Taiwan is a major producer of chips used in everything from cars and smartphones to data centres and fighter jets, and Taiwan Semiconductor Manufacturing Co Ltd (TSMC) is the world’s largest contract chipmaker and Asia’s most valuable listed firm.

While the chips sector is already bracing for waning demand as red-hot inflation squeezes spending, Taiwan faces a tougher situation – sandwiched between its largest export market China and its main international backer and arms supplier, the United States – especially as Beijing steps up military pressure to force Taipei to accept Chinese sovereignty claims.

Speaking at the Taiwan Semiconductor Industry Association’s annual convention, TSMC Chairman Mark Liu said: “The U.S.-China trade conflict and the escalation of cross-Strait tensions have brought more serious challenges to all industries, including the semiconductor industry.”

The United States has also passed its CHIPS Act to vigorously support local research and development and manufacturing, Liu said.

He noted that this year the “industry value” of Taiwan’s chip sector is expected to have risen one-fifth compared with 2021, even with the impact of Sino-U.S. trade friction and geopolitical problems.

While Liu did not make direct mention of it, the sweeping set of export controls announced by the United States this month, aimed at slowing China’s progress in advanced chip manufacturing, is expected to also impact Taiwanese chipmakers.

“The difficulty this time will be a very big challenge,” Nicky Lu, chairman of Taiwan chip design firm Etron Technology Inc, told reporters ahead of the event. “No one will escape the impact.”

“We do business on both sides of the Strait. So we can’t listen to the U.S. and not do any business with mainland China. Then what would everyone eat?” Huang said. “Our industry’s position is to maintain our competitiveness.”

TSMC, which makes most of its chips in Taiwan, last week cut its annual investment budget by at least 10 percent for 2022 and struck a more cautious note than usual on upcoming demand.

TSMC’s dominance in making some of the world’s most advanced chips for high-end customers such as Apple Inc and Qualcomm Inc has shielded it in recent quarters from the downturn flagged by chipmakers including Micron Technology Inc.