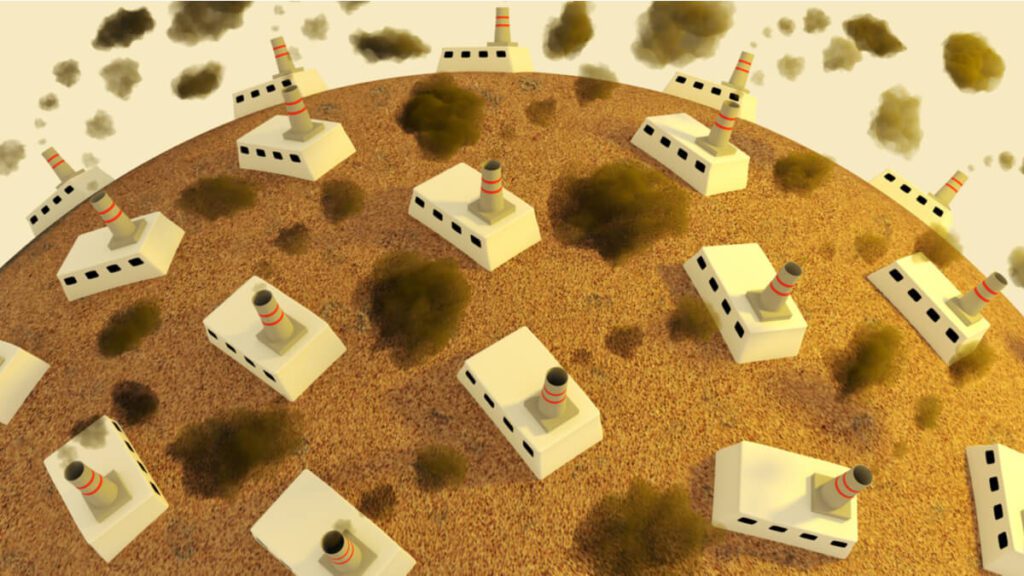 “Our goal is to turn the whole digital industry climate neutral, influence policy makers to set a global carbon price and act as an example for other industries,” Ferry Heilemann LFCA Co-Founder, serial entrepreneur and investor, said in a statement.

These companies will aim to fight the climate crisis by pledging to turn business models to become carbon-neutral, building an active community that sets more sustainable industry standards, and influence policymakers.

Currently, LFCA boasts a workforce of around 100,000 employees, alongside a billion active users, giving the initiative immense promise and potential to be able to drive measurable climate action on an industry level.

The non-profit based their growth on the direct communication to industry leaders, which has taken LFCA from being a grassroot organizations of entrepreneurs to the international stage.

“We bet on personal commitments. The only way for any founder or CEO to join our initiative is to fulfill the Green Pledge. This means that they have to measure, reduce, and offset their personal carbon footprint, and commit to doing the same with their companies.” Boris Wasmuth, LFCA and GameDuell Co-Founder explained in the statement.

The Green Pledge made by the LFCA community members, is an attempt to reduce a company’s carbon footprint by 20 percent, while initiating a collective investment of over €4m in climate protection projects, saving more than 250,000 tons of CO2.

LFCA provides a clear framework and digital tools for climate action. Membership is free of charge but, to maintain it, companies must repeat the process of measurement, reduction, and compensation from year to year.

The average member company aims to reduce its carbon footprint by 20 percent in the first year.

In parallel, LFCA welcomed more than 25 leading VC funds into their “Sustainability Clause” program this year.

They’ve integrated the clause into both default term sheets and shareholder agreements. As a result, many of the newly financed companies will commit themselves to measuring their carbon emissions and working on reduction measures.

“As much as voluntary actions from individual companies are needed to contribute to the global reduction of greenhouse gases, LFCA’s belief is that only strong political actions can ensure that greenhouse gases are reduced and removed in all industries and throughout the entire value chains,” the non-profit said in the statement.

LFCA have called for the immediate establishment of an effective greenhouse gas pricing applied on a regional, country and global level (ideally). The expansion towards 100 percent renewable energy and the global implementation of natural greenhouse gas sinks, must be politically enforced as quickly and effectively as possible.

“We see climate action as a journey that everyone needs to start today at the latest! Therefore, we focus also on companies that are not sustainable yet but are willing to take measurable steps to change this. If we don’t focus on these segments, the impact of climate action will simply stay too small,” Jeremias Heinrich, Co-Founder LFCA and Arvantis Group, highlighted.

Big companies, specifically big tech companies, have also hopped onboard the climate change bandwagon and have started taking decisions that would drastically lower their carbon footprint.

Microsoft: over the past decade, the company has increasingly focused on lowering their whopping carbon footprint. Earlier this year, the tech titan announced their goal to become carbon negative by 2030.

The goal is to remove its total carbon footprint – emitted either directly or via electrical consumption – since its founding in 1975 by 2050.

BMW: the German vehicle company announced a roadmap for the phase up to 2030 that includes the first-ever CO2 goals for full lifecycle in the next decade, as it plans to lower carbon emissions from its production lines by 80 percent per vehicle produced.

Amazon: the e-commerce titan has set a goal to become a net zero carbon company across all its ecosystem by 2040. Back in 2019, the company witnessed a 22 percent increase in net sales while its total carbon footprint increased by 15 percent. While Amazon has been making investments in solar energy and electric vehicles, it has further committed $2 billion in June 2020, under its Climate Pledge Fund to invest in companies, which will facilitate the transition to a low-carbon economy.

In parallel, Apple will also work to achieve 75 percent lower emissions in the next decade, as it plans to develop carbon removal solutions that would cover the remaining 25 percent.

Cisco: the tech company took matters a bit further by signing a long-term wind energy power purchase agreement (PPA), in its aim to receive 85 percent of its energy from renewable methods by 2022 with a 60 percent GHG reduction, according to the company energy roadmap.

IBM: the tech company has already managed to reduce 39.7 percent in operational CO2 emissions since 2005. IBM is also aiming to depend on clean energy for 55 percent of its energy demands by 2025.

Adobe: the organization set a goal to run its sites and deliver its products with 100 percent renewable energy by 2035, without the use of carbon offsets or unbundled renewable energy credits.

Apple: back in July, the company unveiled its plan of becoming a carbon neutral business across the board, promising that every Apple device developed and sold by 2030 will have a net zero climate impact.

Facebook: Has already achieved a 59 percent reduction in operational GHG emissions in 2019 compared to 2017 levels and is on its way to achieve its target of 75 percent emissions reduction by the end of 2020.

Google: the tech titan became the first company of its size to match its entire annual electricity consumption with renewable energy. Today, Google is the largest corporate buyer of renewable energy in the world.

Disney: the company aims to reduce its net emissions by 50 percent by 2020 compared to a 2012 baseline. Disney recently bought a new solar facility, which will generate enough power to operate two theme parks in Orlando. It will equate to reducing annual GHG emissions by more than 52,000 metric tons.

Economies and the environment don’t have to be at odds with each other.

Companies who are actively taking steps to lower their carbon emissions are cutting down on energy costs, boosting employee morale, building a cleaner and more sustainable brand, while scoring points with their clientele, all while protecting the resources and planet we need to operate and thrive.