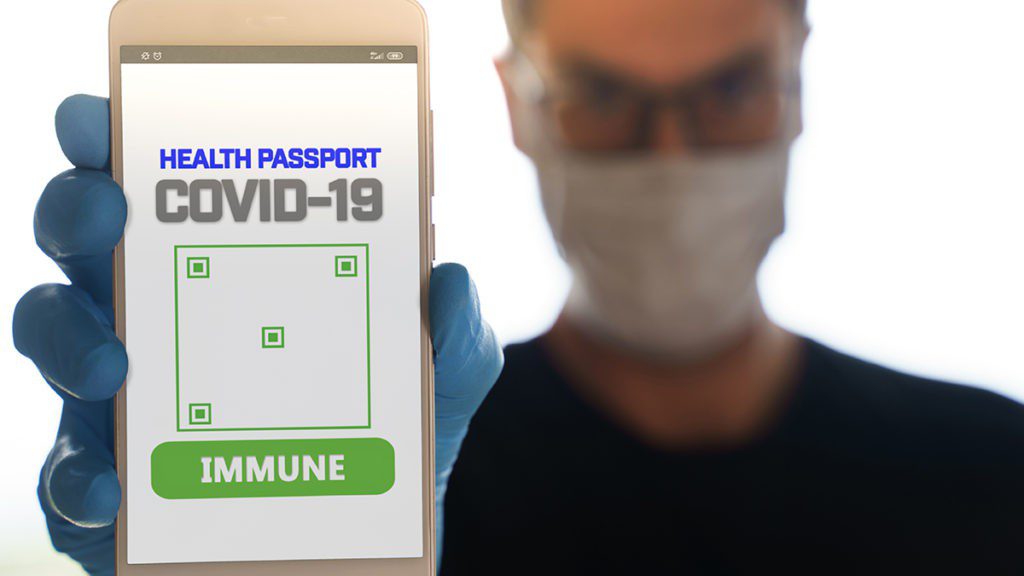 Tech start-ups are rushing to develop immunity passports. These are official certificates that are given to people that have recovered from COVID-19 or were asymptomatic before. The idea is that people link their identity to a coronavirus test result and then share their status with third parties such as employers, restaurants and airports.

That’s how the concept works in theory, however several questions arise in practice which has prompted some of the entrepreneurs behind immunity passports to address these issues in more detail.

Software engineers from FinTech firm TranferWire developed digital immunity passports that are currently being tested in Estonia. Co-founder and CEO Taavet Hinrikus claims they won’t be publically launched until there is scientific consensus on COVID-19 immunity.

Hinrikus added that an agreement about immunity should be universal. There are agreements in the scientific community that antibodies for COVID-19 exist, however there is no agreement about their parameters.

Other companies are working on the tech for immunity passports like British startups Onfido and Yoti, and Germany’s IDNow. However, many scientists still aren’t convinced that these passports will work in practice.

Dr. Simon Clarke, a microbiologist at the University of Reading doesn’t believe that immunity passports are the way forward. Acknowledging they are a great idea, he doesn’t believe they will stand up to the scrutiny.

WHO has urged governments not to enforce handing out of immunity passports, whether physical or digital, due to doubting which antibody tests confirm immunity.

Clarke added we are way off in knowing exactly what makes somebody immune. Worrying about antibodies is like stressing a minor detail while ignoring the whole. He mentioned that antibodies are not the be all and end all of immunity and can actually take a few days to a couple of weeks to fully develop.

Some experts criticize that immunity certificates are unethical as they give certain privileges to people that have contracted COVID-19 and even encourage people to have the disease so they can obtain immune status. Clarke mentions that immunity passports could potentially lead people to falsifying their own antibody tests.

Harsh Sinha, TransferWire’s team CTO acknowledges that immunity passports are not a perfect solution, and are more an iterative approach that can evolve with the science of the coronavirus immunity. Sinha adds that whether we have data and information on this immunity or not, states in the US or countries in Europe and Asia are reopening. Without data it’s a bigger risk than if you have been tested already and if you can control who viewed your test results and have a system that allows the disclosure of that information. Sinha mentioned that they are ready to move in if it turns out that antibody tests do not confer immunity.

Onfido whose software works by verifying identities by matching a selfie with a government-issued ID card, is working with Sidehide, a German hotel booking app on integrating technology to have guests present a unique QR code that validates they hold an immunity certificate.

Onfido has held talks with the US government about introducing immunity passports and were approached by the UK Parliament’s Science and Technology Committee for submitting a proposal regarding the use of tech to fight global disease outbreaks.

Husayn Kassai Onfido co-founder and CEO commented that they are in consultations with other governments to create a seamless process.

However, there is still growing fear that these passes infringe on people’s privacy, an issue that becomes more serious given the involvement of sensitive health data. Clarke mentioned that any blood test is a medical record, and is confidential information.