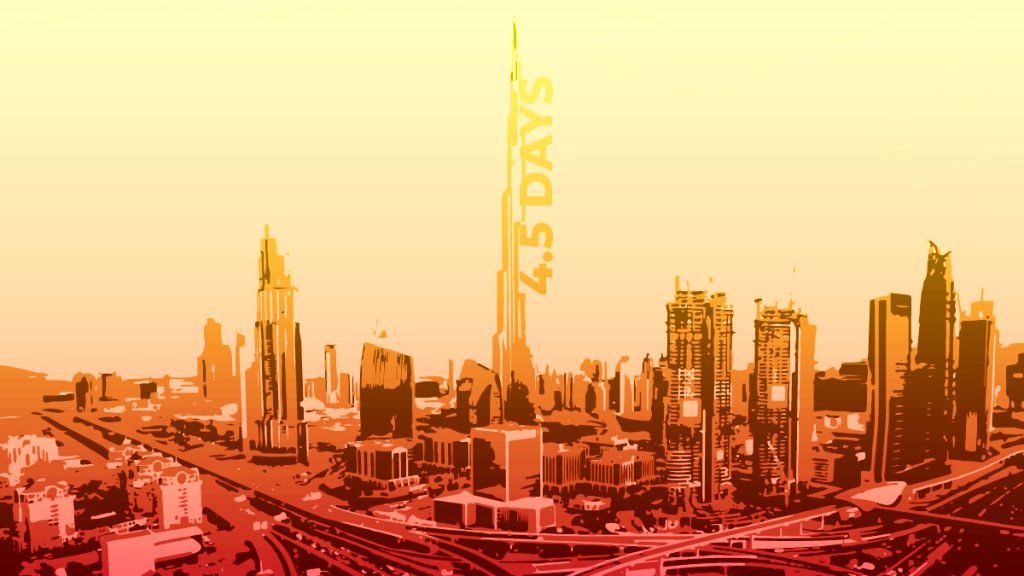 The UAE’s announcement that the nation would go to a 4.5-day workweek was a turning point. Still, according to reports from the World Economic Forum in Davos, the decision is already paying off. Experts spoke on a panel about the advantages of a four-day workweek at the WEF in Davos, Switzerland. Emphasizing how flexible work may help retain talent and increase productivity. Dubai’s 4.5 work week will be the ideal example of that.

What the 4.5 Week Will Improve

It was told that the United Arab Emirates had served as a significant test case. According to the UAE’s minister for government development and the future. After the government instituted a shorter work week earlier this year. Almost 70 percent of employees claimed to be working more productively, and there was a 55 percent decrease in absenteeism. According to Minister Ohood Bint Khalfan Al Roumi on the panel. The UAE modified to improve people’s quality of life and foster closer ties within families and communities. In addition, there has been a beneficial economic side effect. “People may spend more when their weekends are longer,” she added. The freedom that individuals seek at work most, according to Adam Grant. An organizational psychologist at the Wharton School of the University of Pennsylvania, is in how much and when they work.

The ManpowerGroup’s chairman and CEO, Jonas Prising, addressed the issue in his speech at Davos. Writing: “The last two years have propelled new ways of working and collaborating. Before the epidemic, it took a lot of work to start a block despite increased tech investment and a rising movement among workers. The change is “following the UAE’s objective to increase its worldwide competitiveness all over economic and business sectors and to keep pace with global trends.” According to a statement from the Abu Dhabi government media office.

According to WAM, the UAE, specifically Dubai is the first country to adopt a shorter national 4.5 work week than the standard five-day week. According to the WAM research, “the long weekend comes as part of the UAE government’s attempts to foster work-life balance, improve social wellbeing, and increase performance to increase the UAE’s economic competitiveness.”

The weekend’s alignment with Europe and Asia “would boost internationally oriented firms that are a significant pillar of the economy and could attract investment,” according to Scott Livermore, head economist at the advising firm Oxford Economics Middle East. While there is evidence that a shorter working week can increase employee productivity, he continued, “a shorter working week does create some issues in managing output costs.”

In the last year, the UAE has taken steps to improve the economy’s appeal to talent and investment from abroad. Including the introduction of longer-term visas. Laws governing cohabitation before marriage, drinking, and personal status have also been updated. The altered week was generally welcomed on social media, where the topic was trending, and the official announcements were widely retweeted.

Arab countries typically labor from Sunday through Thursday, so Friday prayers can be observed. Employees can keep their spiritual practices while allowing for “a closer synchronization with real-time global trading and communications-based activities” by finishing early on Friday. According to the government statement. According to the statement, the modifications seek to “increase not only trading prospects. But also add to the flexible, safe, and pleasurable lifestyle the Emirates offers its people and residents.”Several nations worldwide, including Ireland, Scotland, Spain, Japan, New Zealand, and Sweden, have experimented with switching to a four-day workweek.