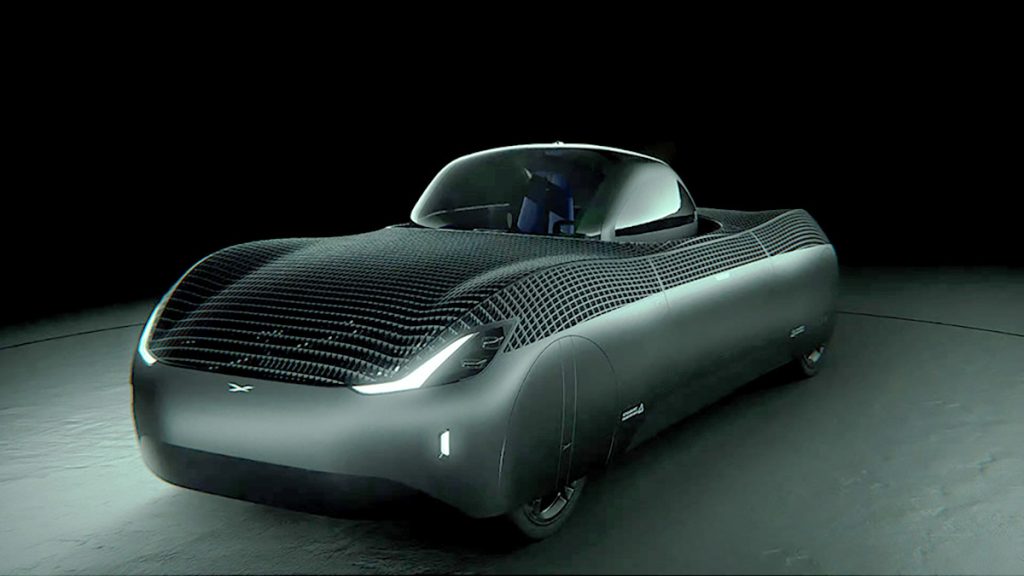 From “The Jetsons” to “Back to the Future,” flying cars have dominated mainstream media since the 1900s. Every child’s vision of the future, be it dystopian or utopian, included these vehicles. Our childhood dreams are not as out of reach anymore; Alef Aeronautics has presented its new flying car and announced that it will be ready to glide the skies as early as 2025.

In 2015, the four founders of Alef Aeronautics, Dr. Constantine Kisly, Pavel Markin, Oleg Petrov, and Jim Dukhovny, decided to team up and work on a real flying car. According to their company profile, they were inspired by “Back to the Future,” a 1989 American science fiction film. In the movie, Marty McFly and Emmet “Doc” Brown travel to October 2015 to prevent Marty’s children from making mistakes and destroying the family. They see a technological utopia featuring hoverboards, flying cars, and self-tying shoes.

They had three stipulations for their new flying car:

The team built the first sub-scale prototype in 2016. The demonstration of the scaled version with full-size propulsion was promising, earning the company a fundamental investor, Tim Draper. Fast forward to 2018, the team flew the first full-size “skeleton,” proving they were on the right track. 2019 saw the team switch to an autonomous flight program to ensure the team’s safety during testing. In 2021, they started working on the exterior of the car. They brought a famous exterior and interior Bugatti and Jaguar designer from Sweden, Hirash Razaghi.

At a launch event at Draper University in San Mateo, California, the start-up revealed how its new flying car hopes to take off. The still-in-development electric vehicle, the Model A, is the first flying car of its kind. It looks like a sleek electric car but is capable of vertical take-off and flying for 110km (68 miles).

While other companies have produced flying and driving cars, Jim Dukhovny believes their vehicle is in a completely different race because an actual flying car should not require an airport.

During the event, Alef announced that they are clearing their 300,000$ new flying car for take-off in 2025.

What’s so special about the new flying car?

Model A’s top surface is a mesh allowing air to pass through and reach eight propellers inside the body, providing lift.

Since flying longer distances requires more power than the eight propellers can, the proposed solution transforms the vehicle into a biplane, a fixed-wing aircraft with two main wings stacked above the other. In such a case, the new technology flying car turns on its side after a vertical take-off. The two-person cockpit swivels, so the passengers remain static. The longer sides of the vehicle will act as the biplane’s top and lower wings.

The New Flying Car Is an Ingenious Idea but Is It Practical?

Let’s talk about Newton’s law of gravity: the greater the mass, the greater the gravitational force. The heavier the object, the stronger the earth pulls on it, and the more difficult it is to move it, let alone have it come off the ground. This 300,000$ heavy machine is already heavy, requiring considerable power for vertical take-off and flying for about 110Km, but no one has the desire to drive a truck-sized flying car.

The team admits that, despite the new flying cars having managed their transition into biplanes in controlled scaled flights in 2018, they are far from a visualized final polished product. And the jump from a prototype to a working product is harrowing.

Another impracticality pops up at the licensing levels. Flying/driving these vehicles would require a special license, and its procurement could prove difficult. Drivers would theoretically need a pilot license for long-distance flights. And just like drones, strict regulations will impose restrictions determining free-to-fly zones.

What Could Possibly Go Wrong?

While living our childhood dreams would be an exceptional goal, the new technology flying car could pose difficulties in everyday life, as mentioned above. Further than that, it could be pretty problematic for relations between countries. Each country will have a set of laws governing the use of the new flying cars, which could introduce unprecedented jurisdictional issues. Moreover, neighboring countries might see the use of this roadable aircraft as a potential security threat hurting international relations.

If all goes according to Alef’s plan, 2025 will witness the use of new flying cars. This vehicle would need to meet three essential criteria: it needs to drive in driving lanes, parking in parking spaces, vertically take off, and have a reasonably affordable price tag. Some issues might bring its practicality into question, such as the final product’s size, the driver/pilot licenses, and the laws governing its use nationally and internationally. This project shows a new horizon to be conquered, and we won’t know its limitations until its release and introduction to the public.