The Silent Threat of Malicious Code

Published 1 Month Ago on Friday, Aug 19 2022
By Mohamad Hashisho 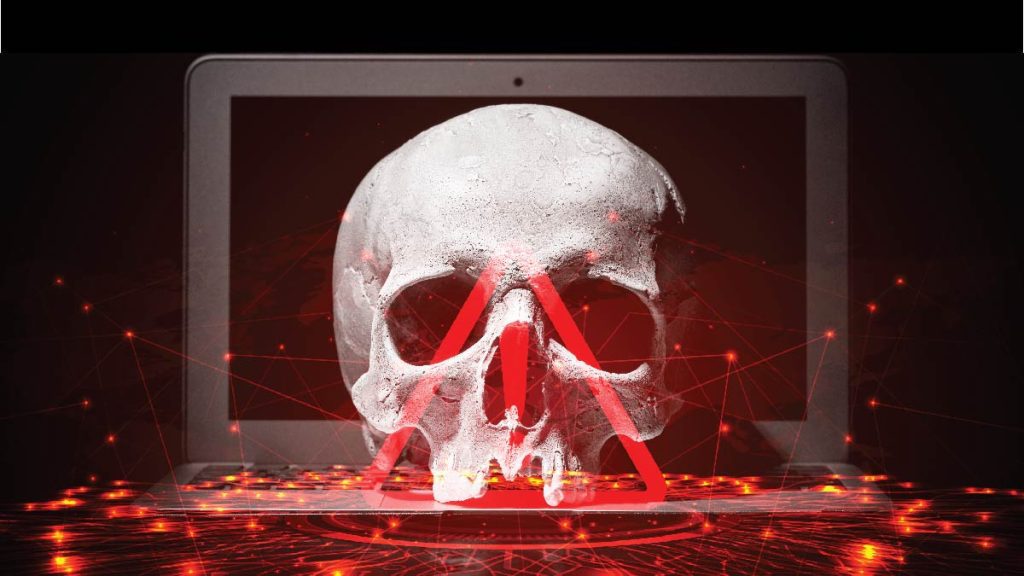 The internet might be an essential presence in our lives today. The global internet landscape has grown exponentially. This growth has invited cyberattacks and breaches, which have sharply increased over the last few years. Malicious code has been a creeping threat since the dawn of the revolutionary era of the internet. What is malicious code, and what are its possible dangers?

What Is Malicious Code?

Malicious code is created to assume control of users’ computers for profit and other shady intentions such as data alteration, theft, sabotage, and blackmailing. Most malware can self-install the targeted system and start duplicating and spreading to other users. It then proceeds to execute a payload prompt(steal data, delete files, etc.), and once its done, the malware proceeds to remove itself using various evading techniques:

Malware infections can happen for various reasons, virtual and physical. Malware creators often use deception to convince users to download and access malicious files. The most common way this is implemented is via emails disguised as legitimate information that users might feel compelled to check results in opening the malicious files.

Malware can also be transmitted through removable drives such as hard drives and USB drives. The malware will automatically install itself upon connecting the crusades to the computer. Some malware comes packaged with other software you might download, like a third-party website.

Attackers can also use pre-existing vulnerabilities in software due to insecure coding practices, which will infect the application you use with malicious code. The most common defect is buffer overflow vulnerability which is exploited to target apps and systems.

More advanced attacks can feature a command-and-control server that helps malicious elements communicate and take over infected systems to steal crucial data or blackmail users into making the attacker’s demands.

How can someone know that their PC is infected? A user can try to pick out unusual activities such as loss of space, long booting times, and, lastly, weird cursor flinching. You might also be denied access to your PC or data. The appearance of unknown applications can also be alarming.

Most users mistakenly think that such malware only affects Windows assuming that Mac and Linux devices are immune to such issues. The truth is they all can be involved. Windows is just considered a larger target for malware since they dominate the market. It pinned a massive target on its back for malicious attackers to aim at. Today Macs aren’t as safe as they once were. As Macs surge in popularity, they appear to become more of a focus for malware creators. For the first time in a while, the amount of malware on Macs is outpacing PCs.

Computer viruses are arguably the most known type. They are small sequences of malicious codes that can infect your computer and host various applications. Computer viruses don’t automatically spread. They need a carrier such as a USB or internet.

Worms are self-replicating malware that can spread to other computers since they’re highly infectious. They often use a network to maneuver themselves, relying on security weaknesses in the hopes of accessing a computer. Worms are dangerous because they can degrade bandwidth and deny service.

Spyware and adware secretly install themselves to gather data, including the user or company’s browsing habits. It then can send this information to other users or entities in the hopes of blackmailing or extortion. Adware is software that gives its developer revenue by automatically generating advertisements. These ads can pop up on your screen, user interface components, or installation screens. Adware aims to collect sales revenue and not carry out harmful activities, but some adware can be invasive and cause security and privacy issues.

A rootkit is a group of malicious software tools tailored to root access to a computer or an unauthorized software area. Rootkits are loaded onto the compromised system to lead the way for attackers to execute malicious activities while cleaning up their tracks by replacing default system tools with new altered ones sharing similar names.

Logic bombs a malicious code purposely inserted into a software system to kick off a negative function when certain conditions are met. The logic bomb has many triggers that activate its payload initiation at a specific time or after a user performs a particular command.

Fileless malware, as its name suggests, does not write any of its activities to files on the PC hard drive. It will operate solely from the target’s computer memory. Fileless malware is arguably the most elusive form since it vanishes after rebooting, making it difficult to hunt down.

Trojan horse, named after the technique employed in the battle of troy, disguises itself as a legitimate program tricking users into accessing it, revealing its true intent. The trojan horse will perform a program of natural functions while carrying out malicious activities in the background. Users are usually unaware since the trojan horse will use a decoy to maintain the illusion of legitimacy.

Ransomware malware threatens to make a victim’s data public or block access to it unless a ransom is paid. The attacks are usually carried out as a part of a phishing scam or implementing a trojan horse disguised as a file that the user is tricked into opening when they come across via email. The attacker then proceeds to encrypt certain information and lock it behind a mathematical key they only know. When the asked ransom is received, the data is then unlocked.

Protecting yourself and your devices is critical, but it is not as simple as having antivirus software. In our present-day, antivirus are no longer enough to keep you safe from cyber risks. Hundreds of thousands of malware are discovered daily, so for antivirus to keep up is almost impossible. Education about malicious code is critical for everyday users and business entities. The more you know about malware, the more likely you will be prepared for it.