All About Cybercrime in Dubai in a Nutshell 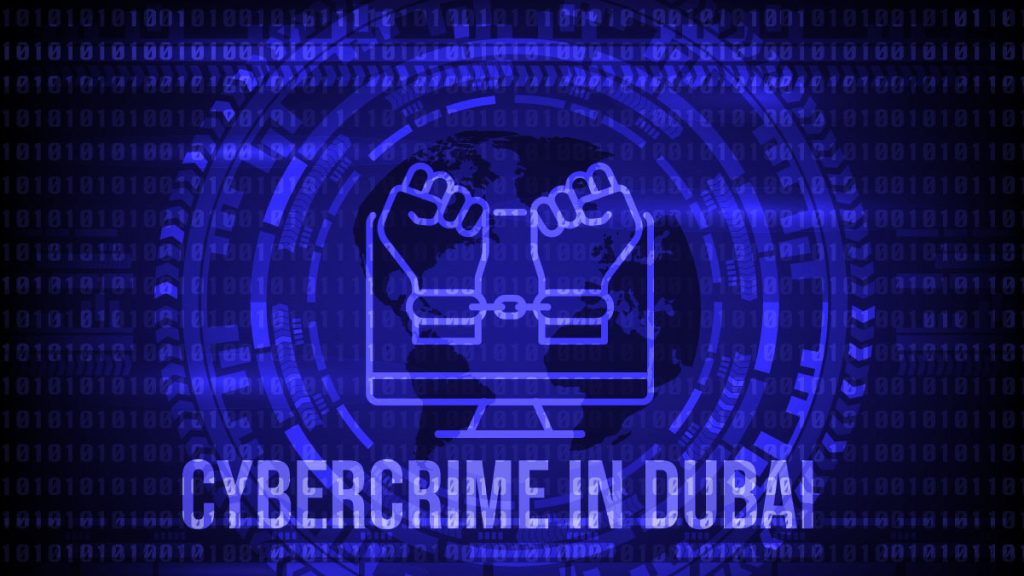 One of the greatest rates of regional digital adoption may be seen in the United Arab Emirate (UAE), but consequently, has seen a proportional increase of cybercrime in Dubai and the surrounding areas. The World Digital Report 2021 provided information on 43 nations’ web-based lifestyles in 2020, including the UAE.

In the past year, UAE residents on average spent seven hours and 24 minutes online each day. In the UAE, 99 percent of individuals use social media regularly, and 97.6 percent own smartphones, according to the research.

The way we live and work has been dramatically transformed by COVID-19. The UAE reported a “300 percent rise in cyber assaults” between 2020 and 2021, and as the digital revolution advances, this frequency will probably only increase.

The State of Cybercrime in Dubai

Cybercriminals have already overrun the virtual world of the global network, despite the fact that it is relatively new. The earliest instance of a cybercrime that may be traced to 1971 was the infamous Creeper virus, which was quite rudimentary by today’s standards yet managed to wreak havoc throughout the Internet when it initially infected the web.

Cybercriminals’ exploitation of viruses and other tools is growing more and more sophisticated, raising concerns about the privacy of individuals and the business data of corporations throughout the world. In the UAE, a similar situation is present. Even though the most recent revisions to the law on cybercrime impose several harsh punishments on offenders, including life in prison, the law as written is not going to have a noticeable impact on cyber criminals because it does not allow for the willing acceptance of appropriate behavioral patterns or the recognition of cybercrime as an inherently harmful phenomenon. Therefore, it is essential to create programs that try to alter the target audience’s perception of cybercrime.

However, it is beneficial that present laws emphasize the importance of following the text of the law. For instance, on a city scale, Dubai has been significantly impacted by the regulation regarding cybercrimes as a result of the police’s efforts to persuade citizens to report the cybercrimes they have witnessed or experienced: “Dubai Police have urged victims of online social networking sites to approach authorities because their hesitation encourages suspects to target more victims.”

Given that the number of issues caused by hackers and crimes committed online is growing increasingly larger in the UAE, in general, and Dubai, in particular, it is obvious that there is a lack of knowledge regarding the concept of cybercrime, the ways to inhibit it, the tools that every single member of the UAE society can use to prevent cybercrimes, etc.

A small decline in cybercrimes has been attributed to the new legislation’s adoption. The described measure, however, is also likely to encourage the discovery of new tactics for avoiding justice because it forbids a deliberate alteration in the target audience’s behavioral patterns. Therefore, it would be appropriate to propose that the emphasis be changed from imposing fines to supporting knowledge dissemination among the population’s target residents. Additionally, it may be advised that campaigns be started to inform people about the problem of cybercrimes. As a result, substantial development may be anticipated.

Most Common Methods of Cybercrime in Dubai

There are hundreds of different types of cybercrimes and many different ways tat you or your organization can suffer from a breach.

Rather than using technological hacking methods, social engineering refers to a wide range of hostile behaviors carried out through human relationships. One of the most typical ways that people are attacked is through this.

Users are duped into divulging critical information, like passwords and bank account information, or into committing security blunders. Attacks using social engineering take place in one or more phases.

This is a technological assault in which a victim is chosen via email or text message by a perpetrator acting as a reputable organization in an effort to trick them into disclosing critical information.

Passwords, financial information, and personally-identifying information are examples of this.

A specific person, group, or company is the target of a spear phishing email or electronic communication fraud.

Although data theft for malevolent reasons is generally the goal, fraudsters may also want to infect a targeted user’s machine with malware.

Aside from data breaches on large company databases, the main methods in which cybercrime in Dubai takes place are social engineering and phishing. We can then conclude that as the UAE moves further into the future and digitize people’s lives, people must also increase their awareness to keep themselves safe while surfing the web.

Companies must take initiatives both to directly protect their data and virtual assets and to educate their employees on the dangers of cyberspace.