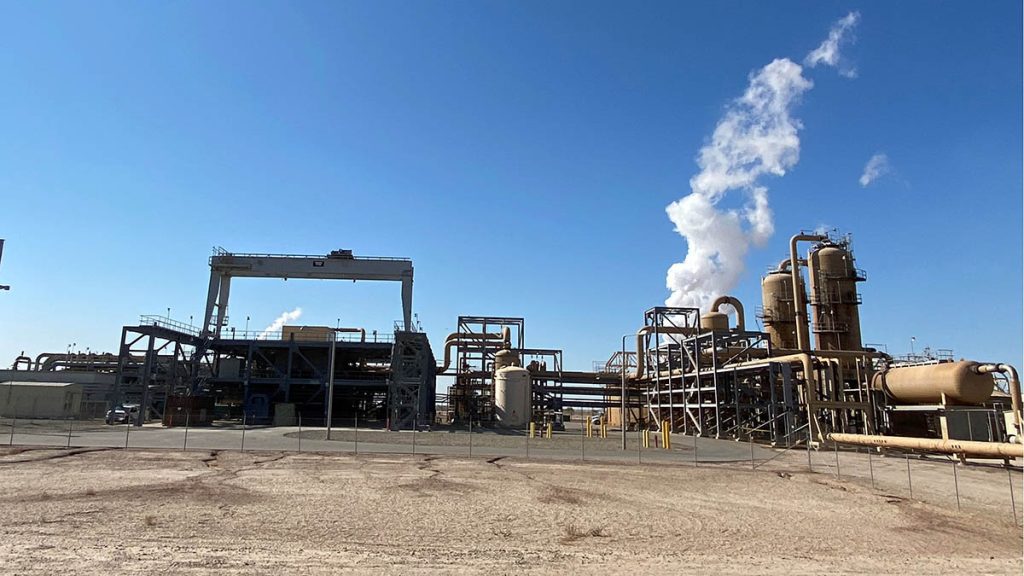 The Inflation Reduction Act (IRA) includes the “largest investment ever in combating the existential crisis of climate change”, according to President Joe Biden, who will sign the bill into law later on Tuesday.

However, the green investment comes with a metallic sting in the tail.

The IRA extends and expands the existing electric vehicle (EV) subsidy of up to $7,500 but conditions the tax credit on the sourcing of the mineral content of the battery.

At least 40 percent of the critical metals in the battery – lithium, nickel, cobalt and manganese – must come from the United States or a Free Trade Agreement (FTA) partner. That percentage rises to 80 percent in 2026.

Auto-makers lobbied hard against the linkage, arguing that China is still too dominant and the United States too lagging in the battery metals supply chain for it to work.

That, though, is the point. The link between subsidy and mineral input is meant to accelerate the drive to build out domestic, or at least friendly, critical minerals capacity and break China’s stranglehold.

Auto-makers should “get aggressive and make sure that we’re extracting in North America, we’re processing in North America and we put a line on China,” said Senator Joe Manchin, the architect of the minerals sourcing component of the EV subsidy scheme.

The United States and Canada combined refine just 3.0 percent and 3.5 percent of the world’s lithium and cobalt respectively and have even less battery cathode capacity.

Canada is an FTA partner. So too are other major mineral producers such as Australia, Chile, Mexico and Peru.

However, not on the list are Argentina, currently experiencing a lithium investment boom, or Indonesia, which is emerging as a major battery metals production hub centred on its massive nickel deposits.

Also not on the list is the European Union, which has already said the new EV subsidy scheme may breach World Trade Organization rules.

South Korea agrees. While battery manufacturers such as LG Energy Solution and Samsung SDI should benefit from the country’s FTA status, they may themselves be dependent on Chinese metal inputs.

Given the EU and South Korea are both members of the U.S.-backed Minerals Security Partnership, a metallic alliance of “friendly countries”, there is likely to be some scope for compromise in the devilish detail of the sourcing criteria.

The challenge for auto-makers to qualify for the subsidies still remains immense, given the multi-year process of building new mines, particularly in the United States.

There is no shortage of government money to do so.

The Department of Energy was given $6 billion to invest in a domestic battery supply chain by the Bipartisan Infrastructure Law passed last year.

Applications for the first tranche of battery metals processing funding closed at the start of July and the money is expected to start flowing in the next couple of months.

The Department of Defense is separately investing in a $120 million rare earths separation plant in alliance with Australia’s Lynas Rare Earths. Rare earths are critical for electric motors, meaning they are captured by the EV minerals sourcing rules.

The IRA delivered a little more bounty by lifting the tax credit to 30 percent for investment in any “advanced energy project”, which covers a wide spectrum of green transition technology.

Such huge U.S. government investment in mining and metals processing hasn’t been seen since the Second World War and the Biden Administration has invoked a relic of the Korean War – the Defense Production Act – to stimulate it further.

It should be a boom time for North America’s mining and processing industry.

But it’s not. The number of applications to mine on federal land has been falling for a decade, according to E&E News. So too has the number of permits granted.

Mining companies and their shareholders have suffered bruising permitting battles with environmentalists. All too often they have been on the losing side with major projects such as Antofagasta’s Twin Metals copper and nickel mine in Minnesota blocked.

However, the stick of the EV subsidy sourcing rules comes with the promised carrot of mine permitting reform.

“We have reached agreement with President Biden and Speaker Pelosi to pass comprehensive permitting reform legislation before the end of this fiscal year,” said Joe Manchin and Senate Leader Chuck Schumer in a joint statement.

Whether this amounts to tweaking or more fundamentally rewriting the long-outdated General Mining Act of 1872 remains to be seen.

But there is a clear understanding that permitting is a major log-jam in building out a full battery metals supply chain on home soil.

Senator Manchin’s EV scheme also challenges directly the contradictions at the heart of the green movement, which wants to move faster to a low-carbon world but doesn’t support the means of facilitating that transition.

The messaging seems to be that if you want government-subsidised electric vehicles, you’ll have to stop opposing the new domestic metals capacity that will be needed to make them.

Whether it works remains to be seen.

But make no mistake. This EV subsidy scheme marks another big movement in the reshaping of critical mineral supply chains.

The opinions expressed here are those of the author, a columnist for Reuters