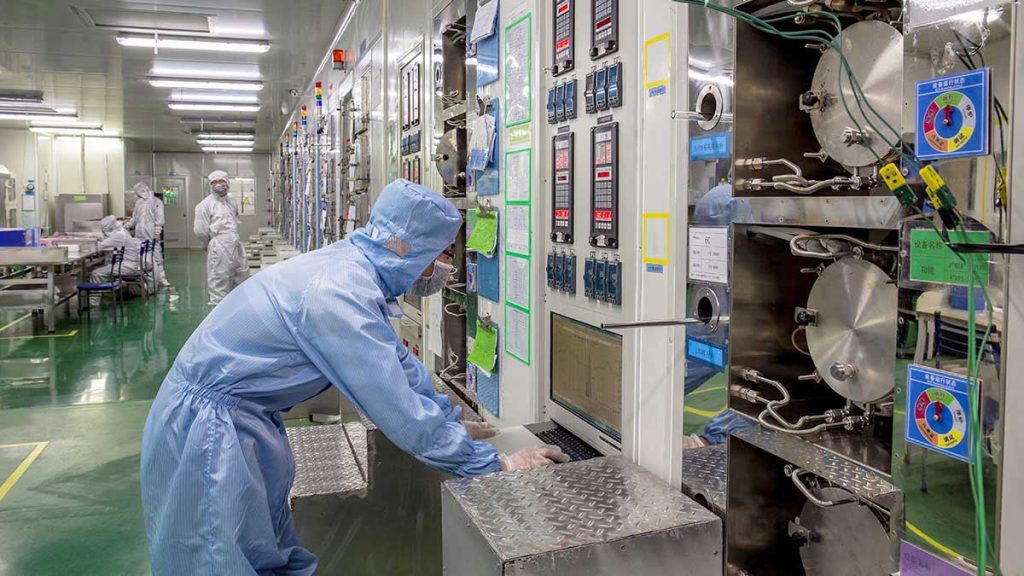 U.S. investment in foreign chip companies is a potential concern for the Biden administration, a White House official said on Wednesday, but he stressed it has not yet made a final decision on a potential mechanism regulating U.S. investments in China.

National Security Council official Peter Harrell heralded the administration’s efforts to kick-start U.S. chipmaking with $52 billion in subsidies through a recent law and its export control policies, which have sought to curb shipments of specialized chips and chipmaking tools to China.

But, speaking at an event marking the release of a report on outbound investment measures, he argued, “It’s important to consider whether and how certain narrowly targeted categories of U.S. investment in foreign competitor semiconductor firms might undermine the effectiveness of these other policy tools.”

Sources familiar with the matter say the White House has been working on an executive order that would allow the U.S. government to review and block certain American investments in high-tech sectors abroad, especially in China, which could harm U.S. national security.

The order, which may be published as soon as the fourth quarter of this year, took on new importance after a similar measure was dropped from the legislation subsidizing the chip industry earlier this year.

In a recent update to members seen by Reuters, the Chamber of Commerce said “we firmly expect President Biden to issue a more targeted, narrowly tailored (outbound investment executive order) this fall.”

The group added that it expected both the Treasury and Commerce departments to play a role in implementing the program, which would at least initially target investments in the semiconductor, artificial intelligence, and quantum sectors.

Harrell, who plans to step down from his role as soon as next month, stressed that any measure targeting U.S. investments abroad should be narrowly tailored to address gaps in existing U.S. authorities and specific national security risks.

His remarks echoed recommendations made in the new report released Wednesday and co-authored by Sarah Bauerle Danzman, a senior fellow at the Atlantic Council and the Center for a New American Security’s Emily Kilcrease.

“To ensure that new authorities are consistent with the United States’ commitment to open markets, support the global competitiveness of US business, and can be implemented effectively, an outbound investment mechanism must be narrowly targeted, clearly defined, non-duplicative of existing tools, scoped proportionately to administrative capacity, and paired with meaningful multilateral engagement with allies and partners,” Bauerle Danzman and Kilcrease wrote in the report.

Harrell also said the Biden administration was in touch with allies who have already implemented similar regimes, and emphasized that no decision had been made on what class of investors to target with the new regime.

“We really should be focused on a handful of areas where there are extremely … sensitive national security-linked technologies and products, so if you’re not investing in an industry like for example … semiconductors … it is going to be kind of irrelevant to you anyway,” Harrell said.