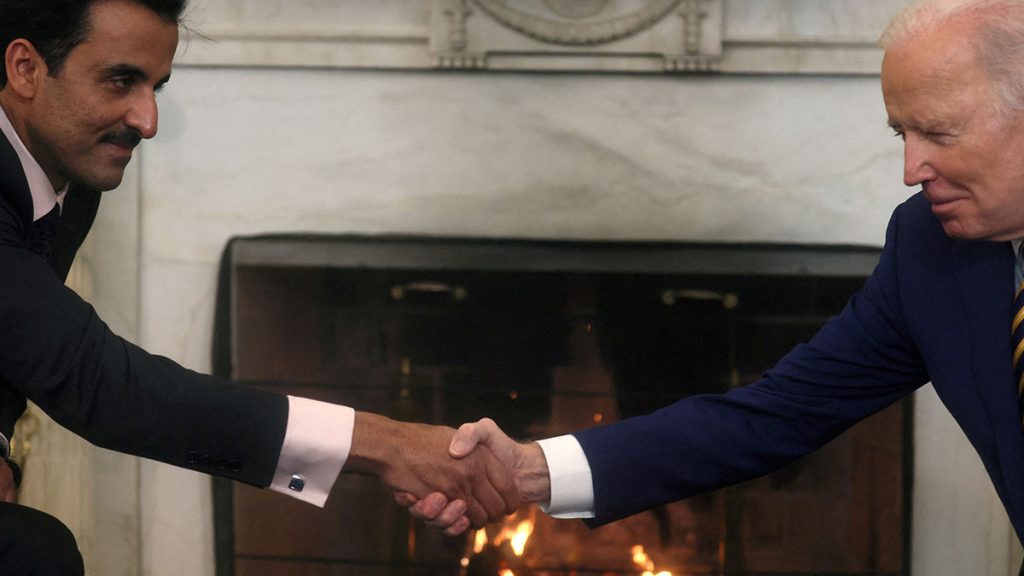 The U.S. State Department has approved the potential sale of an anti-drone system to Qatar in a deal valued at $1 billion, the Pentagon said on Tuesday.

The principal contractors will be Raytheon Technologies Corp, SRC and Northrop Grumman Corp, the Pentagon said in a statement. It added that the Pentagon’s Defense Security Cooperation Agency notified Congress of the possible sale on Tuesday.

The potential sale approval comes after U.S. President Joe Biden, earlier this year, designated Qatar as a major non-NATO ally of the United States, granting special status to a key friend in a turbulent region.

“Qatar is a good friend and reliable and capable partner. And I’m notifying Congress that I will designate Qatar as a major non-NATO ally to reflect the importance of our relationship. I think it’s long overdue,” Biden said in January when he met Qatar’s emir, Sheikh Tamim bin Hamad al-Thani.

Separately, Qatar has also played a role in the Iran nuclear talks and in relations with Afghanistan, where Washington’s interests were represented by the small Gulf country.

The proposed sale will improve Qatar’s capability to meet threats by providing electronic and kinetic defeat capabilities against drones, the Pentagon said.

It will require the assignment of five additional U.S. government and 15 U.S. contractor representatives to Qatar for five years to support fielding, training and sustainment activities, the statement added.

Despite approval by the State Department, the notification does not indicate that a contract has been signed or that negotiations have concluded.