US asks Tesla how Autopilot responds to emergency vehicles

Published 1 Year Ago on Thursday, Sep 02 2021
By Associated Press 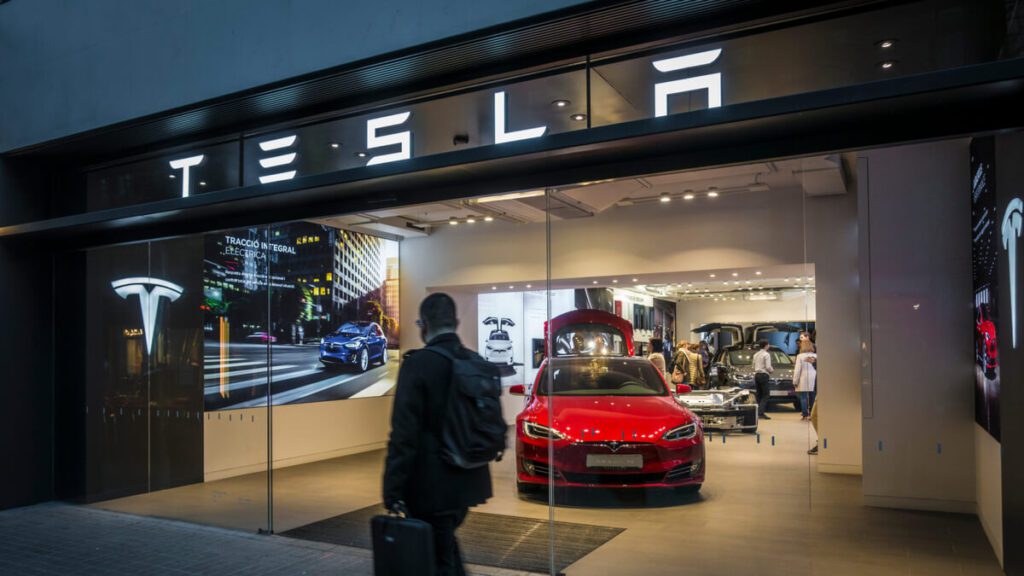 The National Highway Traffic Safety Administration made the detailed request in an 11-page letter sent to the electric car maker that was dated Tuesday.

The letter is part of a wide-ranging investigation into how the company’s partially automated driving system behaves when first responder vehicles are parked while crews deal with crashes or other hazards.

The agency wants to know how Teslas detect a crash scene, including flashing lights, road flares, reflective vests worn by responders and vehicles parked on the road.

NHTSA also wants to know how the system responds to low light conditions, what actions it takes if emergency vehicles are present, and how it warns drivers.

The agency also added a 12th crash to its probe in which a Tesla on Autopilot hit a parked Florida Highway Patrol cruiser Saturday on an interstate highway near downtown Orlando. In the crashes under investigation, at least 17 people were injured and one was killed.

NHTSA announced the investigation into Tesla’s driver assist systems including Autopilot and or Traffic Aware Cruise Control after a series of collisions with emergency vehicles since 2018. The probe covers 765,000 vehicles from the 2014 through 2021 model years.

Autopilot, which can keep vehicles in their lanes and stop for obstacles in front of them, has frequently been misused by Tesla drivers. They have been caught driving drunk or even riding in the back seat while a car rolled down a California highway.

The agency also is asking Tesla for details on how it ensures that drivers are paying attention, including instrument panel and aural warnings. NHTSA also wants all consumer complaints, lawsuits and arbitration cases involving Autopilot, and it wants to know where the system can operate.

The agency also wants to know Tesla’s policies and procedures for testing Autopilot and updates before they are released to the owners. The request includes “the extent of field testing or vehicle validation miles required prior to the release of such a system or feature.”

Tesla “beta” tests its systems using its customers to gather data while they’re driving in traffic.

It was unclear how Tesla and CEO Elon Musk, which have clashed with federal regulators in the past, would respond to NHTSA’s request. Messages were left Wednesday seeking comment from the company.

In January, Tesla refused a request from NHTSA to recall about 135,000 vehicles because their touch screens could go dark. The agency said the screens were a safety defect because backup cameras and windshield defroster controls could be disabled.

A month later, after NHTSA started the process of holding a public hearing and taking Tesla to court, the company agreed to the recall. Tesla said it would replace computer processors for the screens, even though it disagreed they posed a safety threat.

Musk has fought with the Securities and Exchange Commission over a 2018 tweet that he had financing to take Tesla private, when the funding wasn’t secured. He and the company agreed to pay $20 million each to settle allegations that he misled investors. Later the SEC sought to hold him in contempt of court for tweeting a misleading projection of how many cars Tesla would manufacture. Musk branded the SEC the “shortseller enrichment commission,” distorting the meaning of its acronym. Short sellers bet that a stock price will fall.

The Autopilot probe is another sign that NHTSA under President Joe Biden is taking a tougher stance on automated vehicle safety than under previous administrations. Previously the agency was reluctant to regulate the new technology for fear of hampering adoption of the potentially life-saving systems.

The National Transportation Safety Board, which also has investigated some of the Tesla crashes dating to 2016, has recommended that NHTSA and Tesla limit Autopilot’s use to areas where it can safely operate. The NTSB also recommended that NHTSA require Tesla to have a better system to make sure drivers are paying attention. NHTSA has not taken action on any of the recommendations. The NTSB has no enforcement powers and can only make recommendations to other federal agencies.

Tesla has to respond by Oct. 22 or seek an extension. The agency says it can fine Tesla more than $114 million if it fails to comply.

Tesla has said its partially automated systems are not fully autonomous, and that drivers must be ready to intervene at any time. But they have been marketed under the names Autopilot and Full Self-Driving.

NHTSA also has asked for copies of marketing and instructional documents for the partially automated systems.