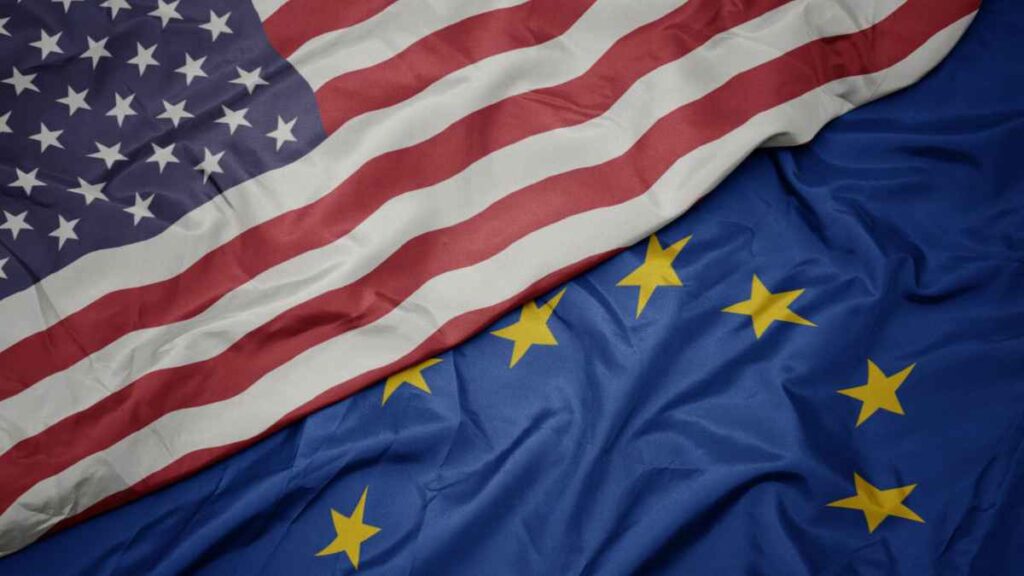 As China sets the stage for its imperial influence on the market, representatives from Washington, and European Union (EU) will gather on Wednesday to address critical geopolitical, economic, and technological difficulties to fortify their alliance against Beijing’s determination of overtaking the digital market.

As global forces suffer from a semiconductor shortage, the Trade and Technology Council (TTC) will conduct its two-day back-to-back meetings in Pittsburgh this week as an attempt to fix any harm left by the Trump Administration by improving cooperation on technology matters.

On the American front, the Biden Administration will be presented by Secretary of State Antony Blinken, Secretary of Commerce Gina Raimondo, and United States Trade Representative Katherine Tai.

So, what is the purpose of this meeting, and what resolutions is the U.S., alongside the EU, aiming to reach?

The meeting will have dominant geopolitical effects that could reflect how the council will address the rising conflict with China. The most vital issue is concluding the overlapping trade debates, structuring regulatory procedures, and create “rules of the road” for promising technologies emerging from both sides of the Atlantic.

“Europe and the United States have a shared interest in ensuring that others abide by those rules of the road,” a senior Biden Administration official addressed the state of secrecy in sharing information about the meeting.

The TTC’s concern will mainly direct its attention on maintaining a safeguarded relation between the U.S. and EU, to work hand in hand on tech trades and signals to help fight Chinese influence in the region, due to China’s unjust trade procedures that have reached its highest level of intellectual property theft.

At the moment, there is a cloud of uneasiness looming over the U.S., and EU as the TTC’s ten working groups will work on meeting objectives focusing on creating middle grounds on a multitude of areas, such as technology standards, supply chain security, climate and green energy, IT security and competitiveness, data governance, export controls, investment screening, and global trade challenges.

China is too big a market, and there is too much potential to overtake the market in one blow. Chinese magnetism is faced with global concerns of Beijing exponentially expanding its power and influence over other countries.

“There is real strategic and geopolitical importance to this new platform as a way in setting standards and rules for the 21st century. So, we need this Council to amplify our status,” European Commission’s trade and economy Vice-President Valdis Dombrovskis said in a statement.

In June, the Biden Administration set its rules to halt any political interventions in the Middle East and Central Asia, such as the U.S. 20-year military operation in Afghanistan following 9/11. The country will sustain its focus on Chinese activities in both the East and West as the East Asian country swiftly spreads its influence in high-tech innovation, a move that could potentially empower Beijing in what could be a technological industrial revolution.

At a diplomatic level, there is less reservation for the EU and China to work together at a deeper level since there is a burdensome pressure of elevating synchronized economic growth between the U.S. and EU.

Due to the COVID-19 pandemic engulfing countries on a massive scale, the pressure on mobile carriers and manufacturers grew aggressively, resulting in a global chip shortage as the demand for electronic devices of all genres detonated and grew out of proportion for the manufacturing sector.

As users’ consumption takes on a more digitalized aspect, countries are working to find means to supply and fulfill users’ high global demand. Currently, Washington is aiming to score and secure a deal with Europeans on semiconductors, a topic that will also be covered at the end of the TTC meeting.

One must understand that the U.S.’ approach to rely on other countries to fulfill its semiconductor shortage might not be a lenient move for the powerhouse. In its golden days, the U.S. was one of the leading originators of the semiconductor industry almost 20 years ago, where its manufacturing capacity satisfied approximately 40 percent of global chips demand.