We should be more realistic about 5G 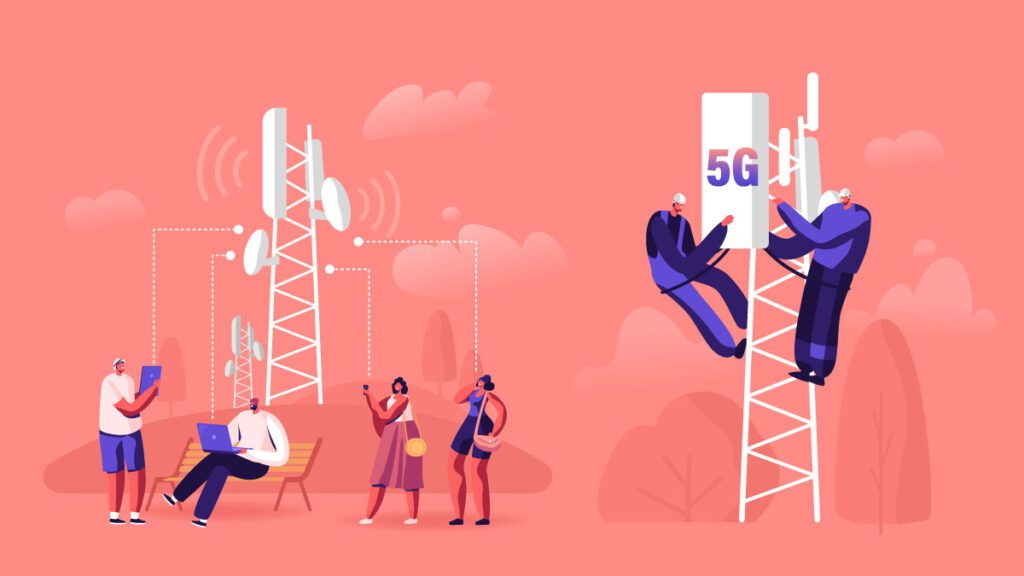 There lies an unprecedented level of excitement shared by many far and wide, across almost all industries worldwide, as the world holds its breath awaiting the rollout of fifth-generation mobile networks.

And rightfully so, since 5G will trigger a massive technological revolution on humanity which will affect every aspect of day-to-day life, as well as boost economies across the globe, and places a strong weapon in the fight against climate change.

Even the numbers backup these claims.

According to a study done by Finnish telecom giant Nokia, 5G-enabled industries will contribute $8 trillion in value to the global economy by 2030, and predicted 71 percent of companies will invest in the network standard over the next five years.

“Companies with advanced levels of 5G adoption saw net 10 percent increase in productivity following the Covid-19 pandemic; the only group able to maintain or increase customer engagement during the health crisis,” the study highlighted.

Everywhere you look, read, research, or watch, people will always stumble on a piece of news about the 5G rollout, especially from governmental and corporate perspectives.

The reason for this is due to extreme levels of competition and pressure between nations/continents and their respective telcos to reach the finish line faster than their counterparts due to the “first-mover advantage.”

In other words, early adapters and deployment of 5G will accrue enormous levels of economic value, profits, and leading the charge in technological innovation; this alone gives incentive for companies and countries to consolidate and cement their position within the 5G bubble to maximize returns.

“As organizations across the world move faster towards deployment of 5G enabled technologies, those who wish to be the first to leverage its potential cannot afford to lose more time. To capture the tremendous opportunities of 5G, organizations must start or intensify their planning now and accelerate business model innovation to remain competitive in a rapidly digitalizing global economy,” Gabriela Styf Sjöman, Nokia Chief Strategy Officer, said in the report.

We need to address the elephant in the room.

The players leading the line on 5G are not Western, Japanese, or South Korean, but rather China-based titans such as Huawei and ZTE.

China’s rise in the 5G sector can be accredited toward failed attempts of entering the 3G market on a worldwide scale a decade ago; and it looks as though they’ve greatly learned from their previous mistakes.

The Chinese government took note of this and went on to launch a plethora of major public investments in this area, and developed a coherent strategy, while private companies conducted research and patented their seminal technologies.

This, however, hasn’t been sitting well with leaders of the Western hemisphere, and a question of trust and reliability has been posed throughout the world.

Massive technological changes are almost always accompanied by doubts, fears, and weak points that can be regarded as severe political implications. China fits this narrative perfectly since it is no secret that Chinese companies have a direct political connection to their government, as well as the intelligence community.

And some of the world’s largest governments have started taking action.

The U.S. and the UK have both taken restrictive steps in halting Chinese companies, primarily Huawei, from accessing their 5G networks.

US Congress has passed some bills with wide bipartisan consensus – such as the so-called “rip and replace act” (signed into law by President Donald Trump in March 2020) – which compel Huawei and other Chinese companies to stick to stricter security controls or, in other cases, support Western companies in the 5G competition.

In parallel, British PM Boris Johnson has enacted a similar ban on the Chinese telecom giant, forcing telcos across the UK to take down Huawei telecommunications equipment with a deadline until 2027.

Other allies have followed suit, with some enforcing stricter regulations on Chinese tech companies. In late 2019, the Italian government approved a law establishing a “National Cyber-Security Perimeter” which in turn introduced more stringent rules and procedures to assess the security of 5G equipment.

The German government is thought to be setting tight restrictions for the Chinese firm in its own IT security bill due to be presented later this month. But Deutsche Telekom, Germany’s largest telecom provider, estimates that replacing Huawei equipment with other manufacturers could cost nearly €3bn.

While the promise of what’s to come can be mesmerizing to many, the road to 5G is still a distant reality, especially since there are a number of hurdles that telcos need to jump through before reaching their full potential.

A lot of work needs to be done by both the public and private sectors to successfully usher in the arrival of 5G. Let’s examine the biggest ones so far:

This isn’t going to be an easy feat, a lot of partnerships, coordination and cohesion needs to happen on both sides of the aisle to rollout the fifth generation of mobile networks as efficiently and quickly as possible.

In other words, to have the same coverage as 4G, more hardware and supporting software should be put in place, which is a number that multiplies even more as traffic moves indoors. And this of course, will take its toll on spending since 5G equipment will significantly increase operating expenses (OpEx).

Networks must be configured, tested, managed, and updated regularly.

In addition, technology with such high levels of impact can pack with it new risks; given the highly distributed, connected, and sometimes remote nature of 5G networks, new consideration must be given to potential cybersecurity issues that arise.

Governments must act with haste, and sit down with telcos to discuss the elements needed to commence the rollout strategy of 5G; this should incentivize the public sector to fully capitalize on its coordination with telcos across the board, in order to propel itself ahead of the competition.

A prime example of this PPP cooperation can be seen with Canada, where the country’s largest telecom operators have committed to building out their respective networks within regulated limits set by Innovation, Science and Economic Development Canada (ISED), the Canadian Radio-television and Telecommunications Commission (CRTC) and Health Canada.

The conversion from 4 to 5G will generate a hefty price tag and this will reflect on customers since prices will increase to fund the conversion. The same notion happened when we moved to LTE, and it’s expected that 5G will follow suit.

The reason for this is because the infrastructure needed won’t be considered as modifications on the current networks, but literally paving the way for something new altogether.

As any data-driven technology, 5G rollout will drag along with it more sophisticated acts of cyberattacks across the board.

Though 5G falls under the Authentication and Key Agreement (AKA), a system designed to establish trust between networks, it would currently be possible to track people nearby using their phones or even eavesdrop on live phone calls.

This will force tech companies far and wide to ensure that their cloud-based services are airtight when it comes to security, in the attempt of protecting user data and privacy.

According to studies conducted by the United Nations Environment Program, the rate of e-waste currently produced is up to 50 million tons yearly. Cell phones, tablets, computers, and televisions.

And this will only increase with 5G rollout.

Some environmental organizations are already calling on tech companies to foot the bill of recycling the electronics they manufacture and sell. This has picked up traction in some parts of Europe, Canada, and the US who have passed the so-called Extended Producer Responsibility (EPR) laws, which require manufacturers to set-up and fund systems to recycle or collect obsolete products.

Others are calling on the expansion of the circular economy, which aims to keep products and all their materials in circulation at their highest value at all times or for as long as possible to be used in the manufacture of others gadgets and tech.

As much as this new technology is exciting, the dream of 5G is a longer road than both investors, policy makers, and investors expect or want.

And the numbers back it up clearly.

According Nokia’s report, very few main players are considered 5G mature; 13 percent of organizations in Saudi Arabia and 12 percent in the United States were rated as 5G mature, fewer than one in 20 were classed as such in Germany (3 percent), Finland (2 percent) and the UK (4 percent).

Executing life-changing tech was always going to be hard, and more hurdles are stepping into the limelight on a day-by-day basis; thus humanity needs to work smart in such scenarios to leverage the endless possibilities that the new technological revolution will bring to light.