What We Know So Far About the Nothing Phone? 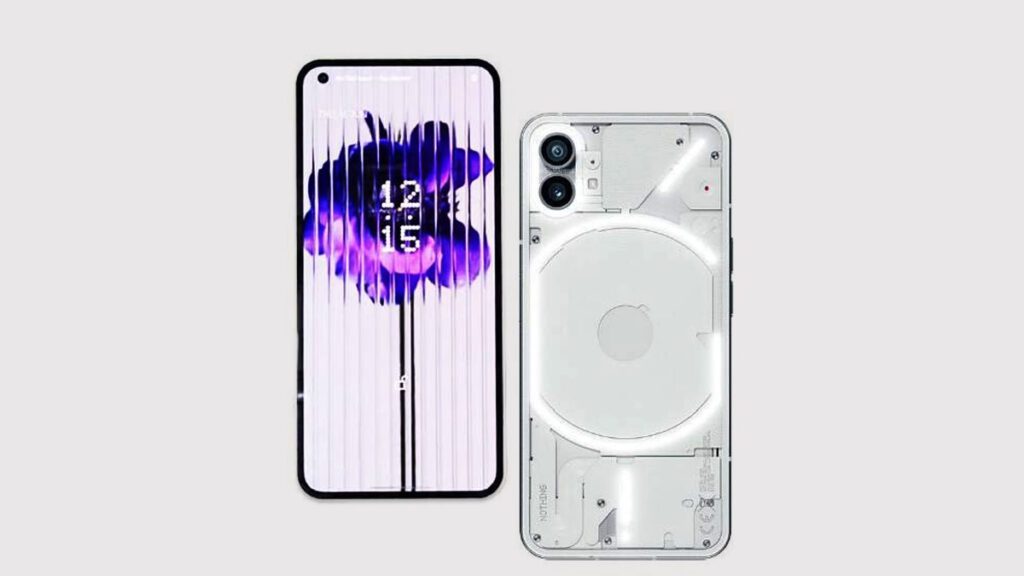 The Nothing phone is a mystery which is slowly unravelling. The phone which should be announced next month has attracted the eyes of curious people, who are asking the same question we all are: What on earth is a Nothing phone?

The phone has not been announced yet and leaks are coming thick and fast, gradually uncovering the detailed specifications of the phone before its imminent release mid-July 2022.

A lot of images are circulating online for the newcomer in the smartphone industry. At first sight, the phone takes a lot of cues in design from Apple’s iPhone lineup. The back of the phone is interesting with a transparent panel showing the internal of the phone and an arrangement of LED lighting that are used for notifications and other functionalities that will be implemented in the Nothing OS which builds on Android 12. A video by Youtuber Marques Brownlee demonstrates a mode known as the Glyph Interface which sets up all the options for the back lighting arrangement corresponding to wireless or cable charging, or lighting patterns associated with different ringtones. The aluminum frame of the phone with the antenna cutouts is also reminiscent of Apple’s flagship.

Twitter user Abishek Yadav also reports Gorilla glass protection on the front and back. This technology developed by Corning increases the resistance of the devices to drops and scratches.  Which generation of Gorilla glass is however not specified.

To complete the design elements, the phone is equipped by a 6.55 inches OLED display with a 120 Hz refresh rate, the norm among today’s flagships. The resolution should be of 1080 x 2400 pixels for an acceptable density of 402 ppi.

The new smartphone should be powered by the Qualcomm Snapdragon 778G+. Surprisingly, the phone is using a chipset worthy of a mid-ranger. As a new phone, the company is certainly looking to have the best trade-off between performance, power efficiency and price. Nothing to compare with the Snapdragon 8+ Gen 1 that should power the upcoming Samsung Galaxy Z Fold 4. The 778G+ however supports all the goodies in terms of support for artificial intelligence (through the embedded AI engine) and 5G connectivity. The chip also supports 4K video capture and slow-motion videos of HD resolution at 240 frames per second. In terms of memory, the 778G+ supports LPDDR5 with up to 16 GB of RAM memory. The phone should be equipped with 12 GB of RAM according to the latest rumor.

When coupled with a light customized operating system, the chipset should be more than capable of delivering what the user actually needs.

The new device has two main cameras arranged vertically. According to the information provided by Yadav, they should have one primary lens with 50 megapixels in resolution and an f/1.8 aperture. This wide aperture is very good for night photography The other is a 16 megapixels ultrawide lens. On the front, the phone should be equipped with a 16 megapixels camera which is more than enough for selfie images.

The phone is rumored to come with 4500 milliampere-hour lithium polymer (Li-Po) battery. The combination of the battery with the selected chipset should provide the phone with a good battery lifetime.

A new phone manufacturer on the market is always poised to cause some stir. The Nothing phone with its weird branding should be a hit indeed. Whether it will have enough features and gimmicks to compete with the existing flagships is yet to be seen. The success of the One Plus series should however be an encouraging sign for the newcomer.

“Inside Telecom provides you with an extensive list of content covering all aspects of the tech industry. Keep an eye on our  Technology space to stay informed and up-to-date with our daily articles.”