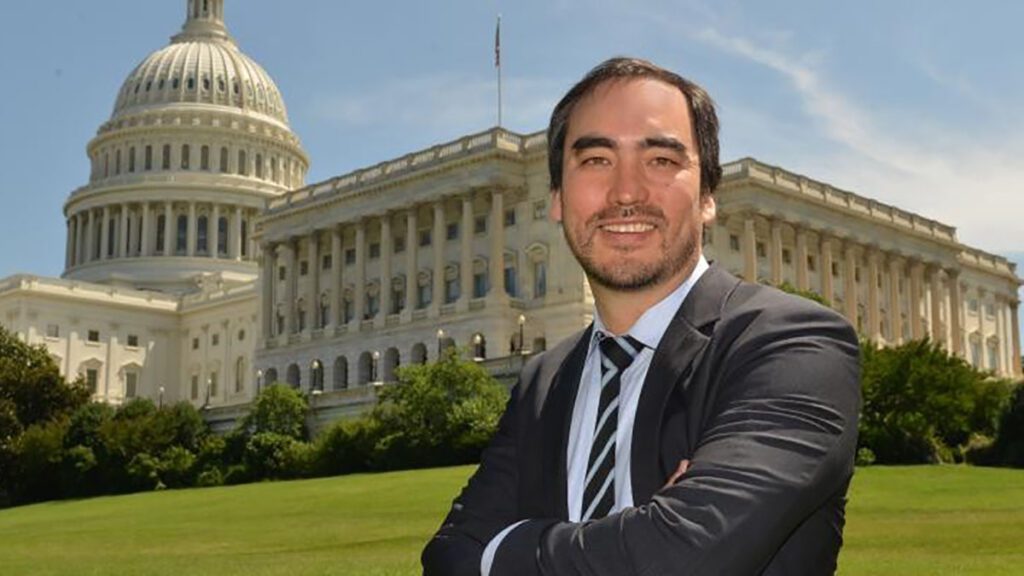 On Feb.  4, Tim Wu, prominent, progressive attorney, sent his last tweet as a private citizen; the next day, the White House announced its decision to place Wu in the National Economic Council (NEC), one of two key advisory boards to President Joe Biden.

While Wu has been on board over a month, none of the Big Tech anti-trust edicts that are feared by the industry have been issued yet, but there is plenty of time for tech to hear from the White House through the 20 member NEC, via Wu.

Nevertheless, for Inside Telecom readers, an objective short history of Wu might prove interesting.

He, by no means is a barn burning, rip the system apart firebrand – and in fact, among other employment positions, he was a clerk at the U.S. Supreme Court – but Wu possesses strong opinions on the overarching control tendencies of Big Tech.

The former Columbia University professor of law and legal scholar is known legally for his Caterfone antitrust proposal, which was eventually enacted and for his coining of the now familiar term “Net Neutrality” in a 2003 law journal.

Also notable is that in the late 2010s, Wu was a leading early advocate for a lawsuit calling for the breakup of Facebook.

In his 2018 book, “The Curse of Bigness,” Wu wrote “extreme economic concentration yields, gross inequality, and material suffering, is feeding the appetite for nationalistic and extremist leadership.”

His previous government service included a stint at the FCC, and from 2015 to 2016, he was the senior enforcement counsel at the New York City’s Attorney General’s Office.

He previously served on the NEC during both Obama administrations, which further increases the fact that he is a known factor in potentially having influence in the White House and occasionally having Biden’s attention on Big Tech issues.

His current mandate on the NEC is as special assistant to the president for technology and competition policy, which is a newly created position in the White House.

Seen in a different light, Wu’s approach among that of others is not a simple thrust at breaking up Big Tech, but what is at the root of most antitrust policy historically is to level the playing field and increase competition within any given sector.

The history of successful, large antitrust suits, such as the famous case against Standard Oil in the early 20th century, and later the breakup of AT&T in the 1980s were arguments against what these large corporates, particularly American Telephone and Telegraph, called “natural monopolies,” whereby their size was of benefit to the public.

This was based on the economy of scale that size fosters, but inherently, also acted to crush any competition, and in the case of telecoms, stall any innovation considered a threat to the company.

AT&T, as is a fact of history, did lose, but only after a very lengthy lawsuit.

At question, and what Wu and similar trustbusters argue against, would be breaking up some of these leading tech corporation could be of harm to the economy of the United States.

Inside Telecom will leave this ultimate question for the reader to decide, though in many ways Big Tech is helping drive the tide against their size by actions and policies which are against the public interest.

Long forgotten are the simpler days when Facebook was a social platform for college students and the corporate motto of Google was “Do no harm.”

With size and growth, Big Techs perspective and policies changes; as the old saying goes, “give someone property and they will act like a landlord!”

For some industry observers, it’s too early to tell if Wu’s appointment is meant more as an attempt to include the progressive side of the Democratic party in White House hiring, then as a statement by the administration of set plans to wage a war against Big Tech.

White House sources, however, have tipped to news media that Wu’s role at the NEC and the West Wing will be a significant one.

“With the choice of Tim Wu as special assistant to the president for technology and competition, it is clear this administration is serious about promoting competition in the United States,” Sen. Amy Klobuchar, the head of the Senate Judiciary antitrust subcommittee, said in a statement.

“He has been a leading thinker on technology and competition policy issues, from his work on net neutrality to his recent scholarship on the monopoly power crisis. I look forward to working with Mr. Wu to modernize antitrust enforcement, strengthen our economy, and protect workers and consumers,” Klobuchar added.

Wu is a scholar of the media and technology industries, and his academic specialties include antitrust, copyright, and telecommunications law. Wu was named to The National Law Journal’s “America’s 100 Most Influential Lawyers” in 2013, as well as to the “Politico 50” in 2014 and 2015.

Additionally, Wu was named one of Scientific American’s 50 people of the year in 2006, and one of Harvard University’s 100 most influential graduates by 02138 magazine in 2007. His book, “The Master Switch,” was named among the best books of 2010 by The New Yorker magazine, Fortune magazine, Publishers Weekly, and other publications.