Why the United Kingdom Hates Huawei? 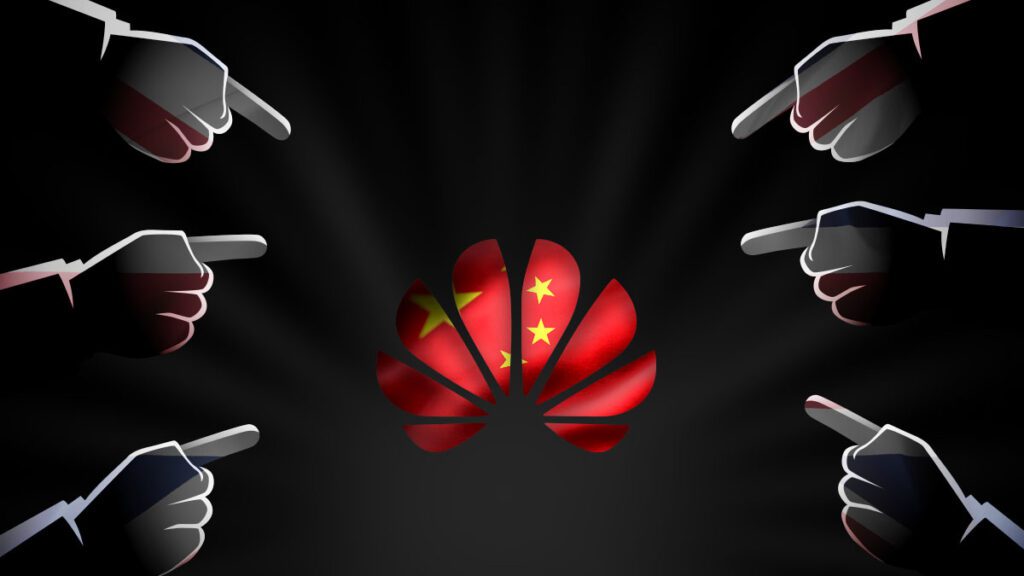 The telecommunications industry is not immune from the political tensions and the war of attrition that has been reigning between China and the USA and other European countries for some time now.  The emergence of Chinese vendor and original equipment manufacturer Huawei as a serious competitor to other vendors and manufacturers has been a notable event in the last decade. As a vendor, the Chinese company has been increasing its ties with operators throughout the world. As a smartphone manufacturer, Huawei has been poised to dethrone Apple and Samsung as the leader in the industry. After President Trump’s executive order in 2019, the war on the Chinese giant escalated massively and most of the US allies were involved in a way or another in this technological collateral damage resulting from the ongoing tensions. One of the biggest US allies, the United Kingdom has been lately at the center of attention with the decision to remove Huawei components from most wireless networks with a deadline set to January 2023.  Why the United Kingdom hates Huawei is a question with an answer that goes well beyond its geographical borders, with many factors contributing to this relation.

The fight against Huawei hasn’t started in May 2019 with President Trump’s executive order that placed Huawei and other Chinese companies on the Entity List, preventing them from doing business with entities and organizations operating in the USA.  Huawei has been accused of intellectual property theft for a long time starting with the accusations of Cisco in 2003. Many other big companies such as Motorola and Nortel joined the fore in accusing the Chinese company of patent infringements and other security breaches. Huawei has consistently proclaimed its innocence though.

The “official” ban that started in 2019 meant that Huawei could not work with the likes of Google and Qualcomm, two of the closest partners to the Chinese company in the USA. The main reason for the ban is the suspicion that the equipment used by Huawei and other Chinese companies can be used for spying purposes by the Chinese government. While Trump’s mandate has ended, the ban effects is ongoing as more and more countries and companies having to cut the ties with the manufacturer.

The Huawei ban can also be seen as one key component of the raging 5G war. It is rather not surprising that the time of the ban coincided with the official deployment of 5G networks. Huawei has in fact become among the best telecom infrastructure providers and the leader in 5G equipment market . The good value for money that Huawei is known for has made it the partner of choice for may operators around the world. It has even significantly contested the dominance of Ericsson and Nokia. Huawei’s technology is also considered among the most advanced.

5G at the Heart of the UK-Huawei Issues

The decision of UK prime minister Boris Johnson to ban Huawei equipment focused specifically on its 5G technology. The task has been much more difficult that originally thought. The main problem is in changing the core component of the network without disrupting services to the customers. British Telecom, the leading operator in the country raised the voice regarding the deadline to phase out Huawei equipment. This illustrates the high reliance of global operators and British ones on the Chinese manufacturer.

The daunting task awaiting operators in the country is to gradually changing network components without disrupting services and while maintaining the same performance levels. This is not obvious as the equipment from various vendors has different properties, and the network needs to be reoptimized to guarantee at least coverage and capacity requirements. What politics does not understand is that telecom infrastructure can’t be changed with the click of a button.

So, to be more specific, the position of the UK as a key ally to the USA has had a big influence on the country’s decision regardless of the economic repercussions. Although many companies inside and outside the UK voiced their desire to re-establish a connection with Huawei, this hasn’t affected to gradual ban prospects.

Can the Chinese Giant Survive the Ban?

Since the ban started, Huawei has been developing its own ecosystem in terms of smartphones, operating system, and more telecom-related segments, in a way to make it independent of the effects of the ban. The sanctions on the company have indeed affected its revenues. Huawei can however rely on its strong presence its home country China. The company provides a large chunk of the infrastructure for most operators in the country. Huawei also has strong presence in external markets and countries which are not affected by the US decision. Although the business of the company has been affected, the question related to its survival is out of question.

Can Telecom Companies Survive Without Huawei?

A lot of companies in the USA, UK, and many other countries have been relying a lot on Huawei’s advanced technology. The sudden disappearance of their trusted partner will have several effects. Manufacturers will have to upgrade their equipment without the components provided by Huawei. As for telecom operators, Huawei’s absence will force them into looking into the new partners among the competition, searching for a similarly advanced technology. In broader terms, the 5G roll-out plans for several countries including the UK will be severely affected as Chinese manufacturers, such as Huawei, have a significant contribution in all domains of the process.

The Huawei saga is far from ending soon. Its significance far exceeds the legal battle between Samsung and Apple. The notable presence of Huawei in the telecom industry has made it difficult to simply wipe it out from deployed infrastructures. The role the company is playing in the 5G market also makes it much difficult to sideline it from future 5G projects. Why the United Kingdom hates Huawei? The UK’s decision has notably been of political nature and the struggles of British operators to remove Huawei components from their network is a clear indicator. The important question is whether they will meet the specified deadline to remove all Huawei equipment without clearly affecting the network performance or 5G plans.

“Inside Telecom provides you with an extensive list of content covering all aspects of the tech industry. Keep an eye on our Telecoms, and 5G space to stay informed and up-to-date with our daily articles.”