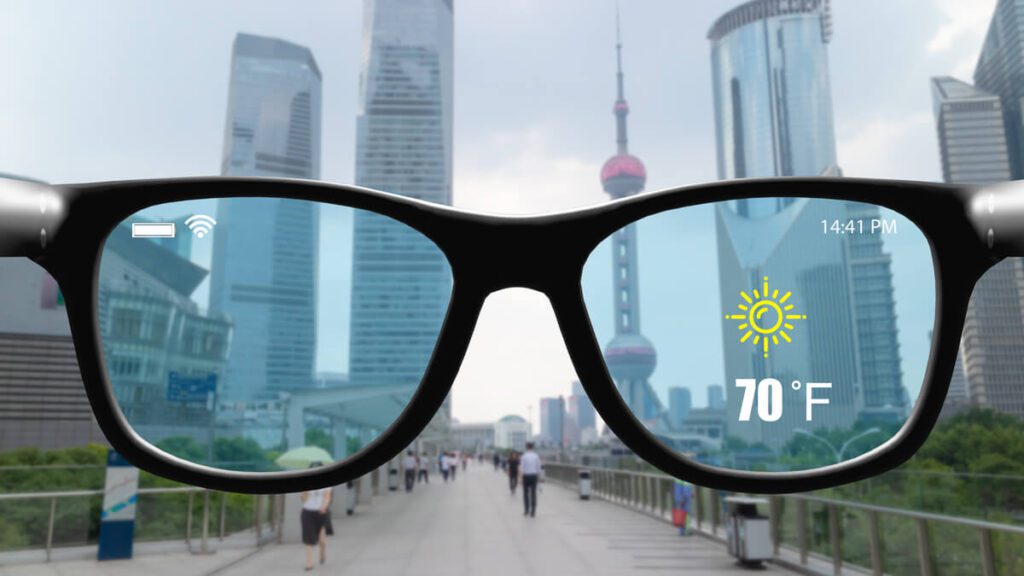 Xiaomi has recently announced a pair of smart glasses under the name of “Xiaomi Smart Glasses.” According to the company, it will not just be a second screen for your phone.

The device has a multitude of AR features, unlike Facebook’s Ray-Bans’ own smart glasses.

Not only will you be able to capture photographs, but you’ll also be provided with a wide view of messages you’re receiving, notifications, as well as translation text right in front of your eyes.

Lightness in weight seems to be the common thread shared between both smart glasses, with Xiaomi’s wearables weighing at 51 grams in comparison to Facebook’s smart glasses that weigh only 5 grams more than the original RayBans.

Xiaomi told The Verge that the glasses boast a monochrome Micro LED system because of its “higher pixel density and longer lifespan while having a simpler structure” in comparison to OLED. According to the company, the system “allows for a more compact display, as well as easier screen integration.”

Xiaomi’s display is described as “roughly the size of a grain of rice” at 2.4mm x 2.02mm and provides peak brightness reaching 2 million nits. The arm processor remains unspecified, but Wi-Fi and Bluetooth modules, battery, and a five-megapixel camera are part of the accessories.

“The light won’t be that bright once it actually reaches your eye, of course, the extreme brightness is so it can still be visible in direct sunlight after passing through an optical waveguide lens, which refracts and directs the light. Xiaomi cites use cases like navigation, live translation, and notifications for the display,” The Verge explained.

The glasses function independently through an Android device that doesn’t need a constant phone connection. Xiaomi is so confident about its product, it even suggested that it could replace any phone.

However, Xiaomi did also announce a piece of news that will surely burst your bubble. A company spokesperson told The Verge that there are no plans to put the smart glasses on sale anytime soon.

Yet, given that the announcement came right after Facebook’s and right before Apple’s iPhone 13 launch, the initiative acts as unmistakable evidence of Xiaomi’s ambitions to partake in the augmented reality (AR) field.