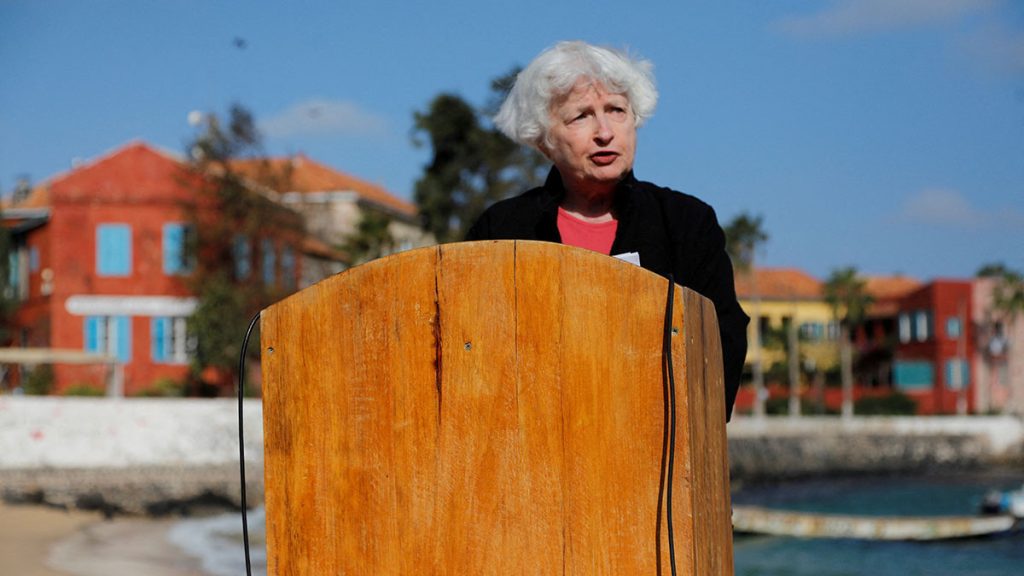 U.S. Treasury Secretary Janet Yellen on Tuesday called for urgent action to improve long-term food security in Africa and around the world, while adapting agricultural practices and technology to the changing climate.

Yellen spoke after hearing from a woman beekeeper and other farmers whose work was supported by a U.S.-backed project in a rural Zambian village. Part of the broader Green Climate Fund, the project helps small-scale farmers in 155 villages in Zambia produce more food and manage the impacts of climate change.

“This project shows how our countries can partner to address two of the most critical issues facing Zambia and the world: food security and climate adaptation,” said Yellen, the first Cabinet-level U.S. official to visit Zambia in a decade.

The former Federal Reserve chair also met with the Twalumbu Savings Group, which helps its members pool resources to invest in livestock, equipment and seeds and feed, which in turn helps them expand their food production and revenues.

Member Faustina Piri welcomed the U.S. official’s visit to the remote area as a big achievement, noting that the savings club was making “a big difference” in improving the lives of all those involved.

Yellen’s visit came on the sixth day of her three-country tour of Africa, the first of a series of visits planned this year by President Joe Biden and key members of his Cabinet as part of a concerted push to expand ties with African nations.

Russia’s war in Ukraine has exacerbated existing climate and conflict-related pressures on food supplies across the world, Yellen said, speaking at the farmstead of Dorothy Kaluma, who has built up a small herd of goats and larger grain stores with the help of the Green Climate Fund-supported program.

Washington will continue to support short-term efforts to increase access to food, after committing $2 billion in emergency aid to Africa last year, Yellen said, but the long-term goal was to make the need for humanitarian aid “exceptional and rare.”

It was critical, she said, to “advance a future where Africa participates more fully in global food and fertilizer markets and supply chains.”

“Africa … has the potential not only to feed itself but also to help feed the world – if the right steps are taken,” she said.

A new Group of Seven infrastructure initiative could deliver hundreds of billions of dollars of investment to build the needed infrastructure, transport and logistics systems.

Zambia’s maize production could transform it into a regional food hub, Yellen said. The country’s potential was huge, agreed one senior Treasury official, noting that about 58% of Zambia’s land is arable but only 16% are used to produce food.

Yellen said women also had a big role to play in expanding food production, but often faced “significant inequities” in getting access to financing, seeds and other materials, which suppressed productivity and harmed output.

“We must advance the cause of women farmers across Africa. It’s the right thing to do. But it is also crucial for food security and the economy,” Yellen said.