5G and the public sector: a plethora of change awaits 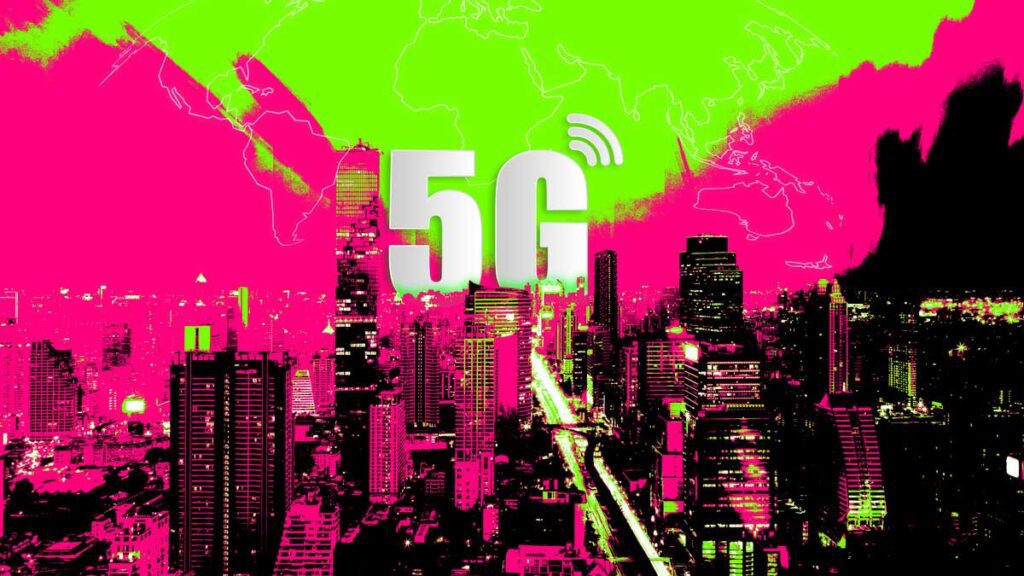 A person residing in a rural area is in dire need of surgery, and the nearest hospital is 100 Km away; the alternative? They check into a remote surgical facility close to home, in parallel, a surgeon conducts the operation via robot from his office in the city, and then provides the family with post-op feedback via video conferencing.

Miles away, a public works employee is in research for a leaky pipe under a building; by simply putting on AR/VR glasses, the employee is able to quickly and accurately pinpoint the location of the pipe to dig safely and more efficiently.

These are but a fraction of the possibilities that will arise once 5G and the public sector converge.

5G will massively increase network speeds across the board, while significantly reducing latency; this network has been designed to support as many as one million devices per square kilometer, which is 10 times the density possible with the current 4G network.

However, unlike its predecessor, the adoption of the fifth generation of mobile networks will be enterprise not consumer led.

“This will suit innovative enterprises with the imagination to take full advantage of this ‘campus capability’ before the full national rollouts of 5G that will be required for the consumer market”, says a report by KPMG.

Thus, governments worldwide have a vital role to play in paving the way for next generation mobile technology and the next industrial revolution to reach their full potential, as well as areas concerning 5G and the public sector.

Governments of the world need to fully identify and start building strategies around 5G to provide better services for the masses, better economic and trade conditions, as well as optimize their work to reach the highest number of people possible.

If the cards are played right, then humanity can start to witness monumental change in how everyday activities will occur; so let’s jump right in.

5G will allow government workers unprecedented levels of access to real time information from any device, anywhere, and anytime, such as field workers, first responders, agricultural inspectors, and many more.

The ability to capture, deliver and analyze live data streams in real time will be made possible with a mix of Mobile Edge Computing (MEC) and Artificial Intelligence (AI), which would provide law enforcement with information to make the best decisions possible.

Human service caseworkers can be provided with a set list of 5G-powered gadgets such as AR glasses, high-quality body cameras that could be used during field visits to children; these gadgets would be provide real time data about the neighborhood, the nearest park, bus stops, school, as well as recent crime data.

This information will greatly aid social workers in making the wisest decision possible in terms of a child’s living conditions.

Post workers will be able to unlock the ability to accurately track shipments, packages, vehicles, and many more from anywhere, while being able to schedule deliveries, anticipate delay times, in order to massively enhance customer service.

Smart ports can deliver anything from automated cargo handling, real time ship tracking, and safety improvements, all while managing energy use for greener and more efficient practices.

The port’s command center would be equipped with AI tools to calculate data streams from camera feeds and sensors on the ground to accurately manage ship arrivals and cargo offloads, maximizing space in container storage.

Military bases are considered to be micro cities, thus 5G can be used in the same ways, and much more case sensitive purposes.

Let’s take the example of an airbase.

According to Nokia’s Vice President of Federal Government Sales, Randy Coltrin, airbases use many different data and radio networks to manage and control a multitude of different functions such as flight line communications and security system monitoring.

“Using a capability called network slicing, 5G technology allows users, such as the Air Force, to provide very high, mission-critical communications to an airbase flight line within and as part of a single larger network,” Coltrin was quoted as saying.

He also added that 5G could be used to provide soldiers with improved situational awareness and allows entire units and platforms faster and more accurate responses to threats in a dynamic environment.

Rural areas will be the first to benefit from remote surgery, since this will provide them with better healthcare services across the board.

Not only that, 5G and AI could usher in the construction of remote surgical facilities to present rural healthcare, veteran health, as well as on-field combat medicine.

The digitization of public assets, blueprints, underground infrastructure maps, power lines, pipes, gas pipelines and so much more can be used, accessed and assessed quicker and more accurately, especially while embedded with Internet of Things (IoT) sensors.

From another perspective, public works departments and ministries can visualize in real time the location of all assets in every part of a city; these can be used in a wide array of ways, such as reconstruction efforts, as well as notifying officials of potential leakages and blockages before they actually occur.

The rise of 5G in the public sector will bring with it autonomous vehicles and intelligent transportation methods and practices that can greatly reduce the number of accidents on the road.

With real time data and accurate forecast estimates, cities will be able to recalibrate their services in coordination with environmental changes.

IoT sensors can collect real time data on things such as weather, traffic, pollution rates, and trash collection; this paves the way for city leaders to work alongside local businesses, civil society groups and educational institutions according to the data provided and adapt the city’s operations accordingly.

This is just the beginning of what 5G and IoT can bring to the public sector, as time goes by and as more discoveries and inventions surface, it will transform the way we live on a massive scale, propelling humanity to the unmatched possibilities.