5G vs. Wi-Fi: Harmony or Competition? 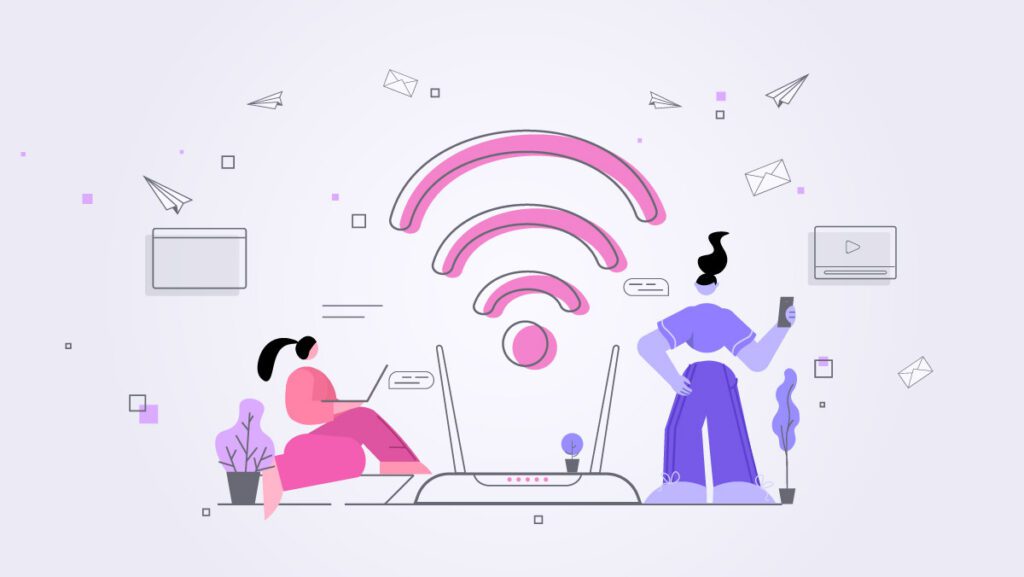 The evolution of wireless technologies has been going at a steady pace. Two technologies have been dominating the market for more than two decades.  The advent of GSM or 2G as it is widely known, has allowed true mobile communications that culminated with the latest 5G evolution, while the Wireless Fidelity (Wi-Fi) standard has brought mobile internet connectivity to the premises. In the technical circles, 2G and its subsequent evolutions are classified as a wide area network (WAN) technologies while Wi-Fi is a wireless local area network (WLAN) technology. The differentiation comes from the coverage range of each. The latest 5G standard has brought versatility to cellular technologies. People have been asking whether Wi-Fi should still exist with the increasing 5G availability. In the battle of 5G vs. Wi-Fi, are these technologies considered as friends or foes?

What are the Differences Between 5G and Wi-Fi?

Although they share many similarities, notably in terms of performance, 5G and Wi-Fi are basically two separate worlds. The philosophy surrounding their implementation and deployment is largely different.

5G vs. Wi-Fi: Installation and Ease of Use

The difficulty in deploying these two technologies is where the difference is actually the largest in the 5G vs. Wi-Fi battle. Akin to other previous cellular technologies, the deployment of 5G networks goes through a meticulous process including the optimized planning of the network, and deployment of the planned cell-sites and other associated components. The resulting capital expenditures are significant due to the cost of purchasing the components and erecting the different cell-sites. The subsequent maintenance and upgrade costs add to the existing bill. To compensate for the costs, operators work on paid subscriptions, and other attractive services to keep their profits on the positive side.

On the other hand, Wi-Fi requires a much lower cost to deploy. All what is needed is to decide where access points are to be installed and how many of those are needed. Once acquired, the Wi-Fi network can be connected to the Internet backbone to establish end-to-end connectivity. It is worth noting that the cost of wireless access point is significantly cheaper than that an erected cell-site.

5G vs. Wi-Fi: Frequency of Operation

This is another large difference between the two technologies. 5G networks normally operate on licensed spectrum, with the exception of the CBRS band which has been recently used in the USA for private networks. This means that network operators need to go through auctions to acquire expensive licenses to run their network. The licenses fees also depend on the band of operation for the 5G network.

Wi-Fi however uses unlicensed spectrum for operation, namely in the 2.4 GHz and 5 GHz bands. From a wireless propagation perspective, the 2.4 GHz allows a wider range of operation at the expense of much lower speeds. The new Wi-Fi 6E standard should allow additional bandwidth in the 6 GHz band which should boost the perceived performance from Wi-Fi transmission.

5G vs. Wi-Fi: Range and Performance

5G clearly stand out in terms of the range of operation. The use of hundreds of geographically distributed cell-sites and the flexibility in selecting several bands of operations allow 5G networks to be accurately dimensioned for certain coverage targets. Wi-Fi networks on another side are limited to several hundreds of meters in range, depending on the frequency of operation (lower band) and transmission power (higher).

With the latest Wi-Fi 6/6E release and the nearing Wi-Fi 7 announcement, the performance of Wi-Fi is on par with 5G networks, if not better in some cases. The fact that the Wi-Fi network is connected through fiber optics to the backbone with the users normally very close to the access point, allows consistently high-performance guarantees. 5G networks from the other side suffer from the classical cellular connectivity problems. As the subscribers get farther from the cell-site, the performance drops due to the signal attenuation resulting from the increasing distance and user mobility.

The emerging topic of private 5G networks has pushed many to question the need for Wi-Fi networks. With private networks, enterprises and other small institutions can have a secure environment where high quality connectivity is guaranteed, and several additional use cases can even be created. The cheaper Wi-Fi network can theoretically be used to achieve the same task, expect for the lack of a seamless connection to the external networks.

In a sense, private networks have been a competitor in Wi-Fi’s territory as it was the first 5G local area network (LAN) solution, invading a category where Wi-Fi has long been the undisputable leader.

5G and Wi-Fi shouldn’t be seen as enemies or foes, but rather as complementary technologies. The benefits of employing both technologies at the same time are numerous. Traffic offloading is one important application for a concurrent technology use. As data services are pricey on cellular 5G networks, offloading tasks when a Wi-Fi connection is available could save the subscriber a lot of money.  The existence of a Wi-Fi network provides load balancing opportunities as the processing can be shared between the 5G and Wi-Fi networks. For instance, in the context of private LANs, local processing could be done through the Wi-Fi network while the 5G link can be used to connect different entities within the premises and maintain a connection with the external public 5G network.

Remember the Samsung Galaxy S5 from 2014?  It featured a download booster feature that combines LTE connections with the local Wi-Fi connection to boost the download speed. The impressive 5G and Wi-Fi performance guarantees can even make the user experience even better.

5G and Wi-Fi are two technologies that are so different than each other, yet they complement one another perfectly well. Looking at them as competitors is undermining to their inherent properties as each has been conceived to achieve specific goals which do not necessarily align. The controversy stirred by the emergence of private networks is certainly not enough to question the role played by Wi-Fi network. The prospective advent of Wi-Fi 7 will foster the role played by the LAN technology in synergy with the wider range 5G networks.

“Inside Telecom provides you with an extensive list of content covering all aspects of the tech industry. Keep an eye on our 5G, Telecoms, and Technology space to stay informed and up-to-date with our daily articles.”