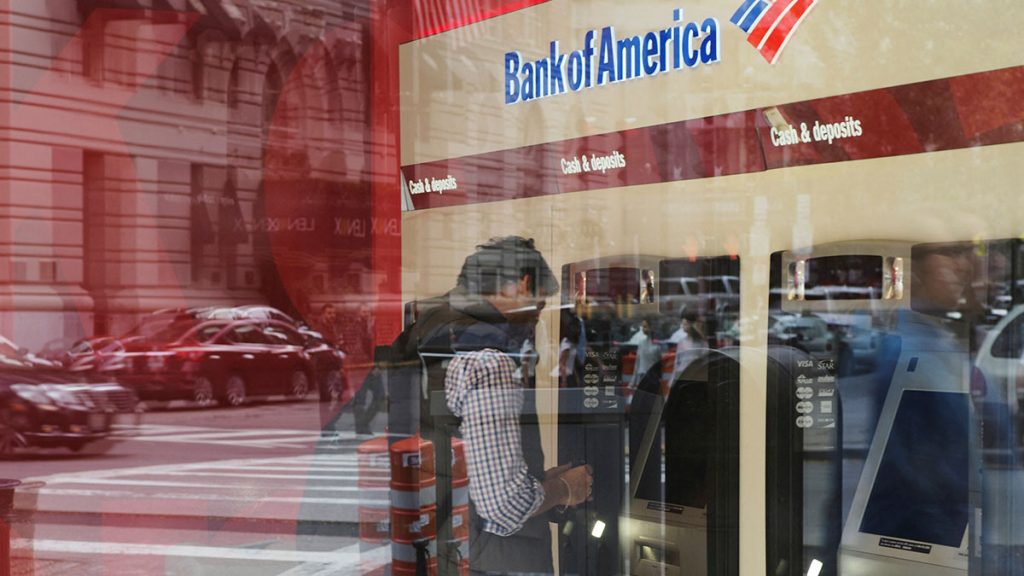 Options traders are bracing for volatility in U.S. bank shares days ahead of an earnings season many believe will bring lower profits and reflect worries over an expected recession.

Current market positioning signals a gloomy outlook: The one-month moving average of open puts on the Financial Select Sector SPDR Fund, the largest financials ETF with nearly $33 billions in assets, outnumbers call options, 1.8-to-1, the most defensive this measure has been since late October.

One standout trade on Monday saw a put buyer pay $1.5 million for 50,000 of February puts on XLF. The trade would be profitable if the ETF’s shares slipped below $33 by mid-February, a 6 percent decline from current levels.

“What you are seeing in markets is some concern whether or not the operating environment is going to be favorable for financials,” said Scott Knapp, chief market strategist at CUNA Mutual Group. “It’s a challenging environment where it is tough to earn a nickel … markets are getting ahead by discounting some of that.”

Bank of America, JPMorgan Chase & Co., Wells Fargo and Citigroup Inc are set to report results Friday, with other lenders to follow next week.

Shares of banks have been pummeled alongside broader markets in the past year as the Federal Reserve raised rates at a rapid clip to fight the worst inflation in decades. The S&P 500 bank index fell 21.6 percent last year, compared to a compared to a 19.4 percent decline for the S&P 500 as a whole.

Banks shares have historically been volatile around earnings time and traders expect U.S. consumer price data on Thursday — which has set off big market swings in recent months — to add an extra dose of choppiness this time around.

Options on big bank stocks, on average, are pricing the largest post-earnings moves in the last two years, an analysis by Susquehanna International Group showed.

“The trading bias in the options heading into big bank earnings has been buying volatility and protecting positions,” said Chris Murphy, co-head of derivatives strategy at Susquehanna International Group. “It’s definitely more pronounced than it has been historically.”

Many believe rising prices and higher borrowing will take a toll on lenders’ bottom lines by prompting consumers and businesses to curb their spending. Since banks serve as economic middlemen, their profits decline when activity slows.

Analysts expect S&P 500 financial sector earnings to have declined by 8.7 percent in the fourth quarter from a year ago, tied with the technology sector as the fourth-biggest projected drop among major sectors for the period, according to IBES data from Refinitiv.

Meanwhile, Goldman Sachs Group will start cutting thousands of jobs across the firm from Wednesday, as it prepares for a tough economic environment, the latest among big banks, including Morgan Stanley and Citigroup Inc, to cut their work force in recent months as a dealmaking boom on Wall Street fizzled out partly due to high interest rates.

Not everyone has a gloomy outlook for the sector. In a Monday research note, Bank of America said financials have better earnings stability than the S&P 500, cleaner balance sheets and less recession risk than “other more crowded and expensive cyclical sectors like Info Tech.”

“U.S. financials may be a good spot to park assets in the near-term,” wrote Savita Subramanian, equity & quant strategist for BofA Global Research.