Bitcoin and Gold Sheild Against Recession 2022

Published 2 Months Ago on Tuesday, Oct 25 2022
By Mohamad Hashisho 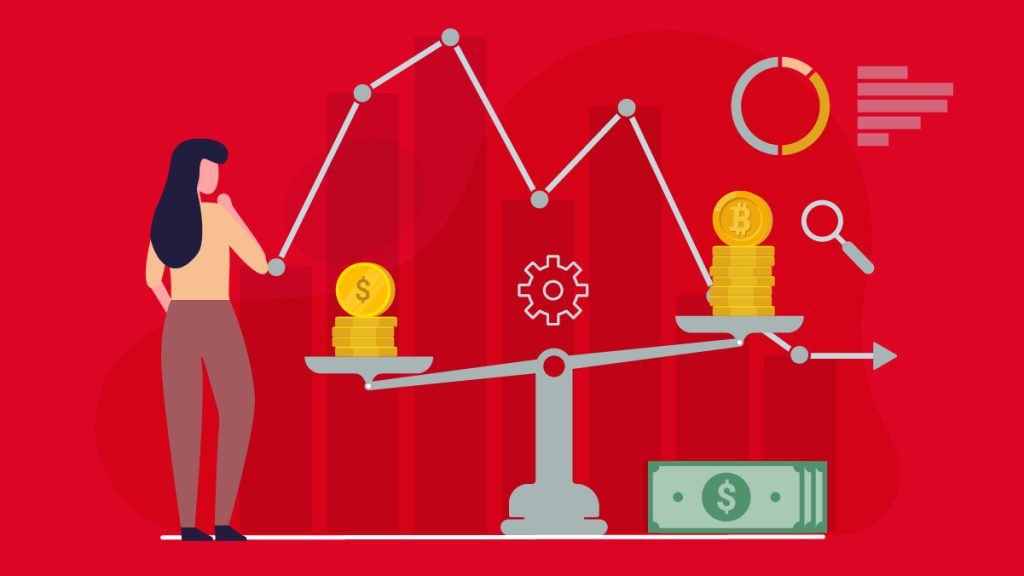 Bitcoin itself came as a response to the 2008 global recession. Introducing a new path to transact without depending on the power of third parties, such as banks. The failing ones, in particular, were still bailed by governments at public expense. Given its birth nature, people always consider bitcoin a decent way to fight the recession. But can it do better than the veteran, gold, especially in recession 2022?

Economists predicted this recession, and many financial critics were always hasty to point out that bitcoin has yet to see a real battle. The recession of 2022 seems like a foe that will push bitcoin to its limits. This recession will continue throughout 2023 as well, with almost 40 percent of economic analysts expecting another layer of the recession in the first half of 2023. Another 30 percent awaits the same outcome during Q3-Q4 of the same year. Furthermore, a survey by Bloomberg, conducted in May 2022, showcased a possibility of 30 percent of a more substantial recession in 2023, so the recession 2022 is just starting.

Moreover, predictions pin Bitcoin to face a wholly fledged economic meltdown. It is yet to act like the safe-haven asset it has been hailed as. Especially during times of burning inflation, the probability of Bitcoin further plummeting, taking with it the tech stocks as a whole. The crypto sector as a whole took a blow when Terra Luna collapsed, it was also labeled as a recession and inflation battler, yet it fell drastically and died without even a hint of a fight. This further decreased the trust and demand in the crypto sector. Thus Bitcoin‘s position as a recession-battling tool took a blow as well.

Why People Still Gravitate Towards Gold

To get the shallow things first, it is physical. People can hold it in their hands or wear it around their necks. It is beautiful, and, well, it is tangible. Since the dawn of civilization as we know it, gold has existed alongside humanity. And as soon as the idea of investing was formulated, gold became a component. It has seen some ups and downs, and it is considered a veteran, most notably being used as a hedge for portfolios during the tornado of the uncertainty of the 2008 financial crisis. The prices of gold tend to hold their ground well when the times get rough, so people look at gold as a shield against the recession in 2022. People love gold for its legacy. Changing your favorite brand of cereals after you grow up in the comfort of its nutrition is not an easy task.

Bitcoin and Crypto Still Have Their Fans

Cryptocurrencies are young in comparison to gold. While veterans use it to insult bitcoin and point out its lack of expertise, younger generations see it as exciting and growing with them. The drawback of bitcoin and crypto as investments to battle the recession 2022 can be summed in three points.

It is High Ceiling

Gold might double in price during turmoil, it is a fact, yet it can be a limiting one. Simply expecting gold to perform well during recessions. In contrast, crypto is a double-edged sword. It has the potential to rise in value anytime and unlimited potential. Yet it can also fade away instantly. No risk, no reward is the motto. During a recession, many cryptocurrencies might garner widespread use, leading people who are crypto holders to want to hold them and use them as a way to store value.

It is hard to believe, but at some point, The united states outlawed the personal possession of gold in the united states. If the government did it once, it is not fetched that they will do it again. Seizing all gold in troubled times can be a last resort that countries might have to use. Crypto and Bitcoin are online data stored on an electronic ledger. No hands can come and gather them and leave, which is a freeing aspect for the younger fans of bitcoin out there.

Gold might be easy to store and use, stockpiling or even putting it in a small safe. Yet crypto is virtual, basically the easiest to keep out of considerable recession investments. All it requires is a computer and a reliable internet connection. It also showcases the asset’s mobility. You can finalize a transaction anywhere, anytime. In mere seconds, gold needs physical marketing, which is now always an accessible case. Yet some gold fans will poise this as a positive, hinting at the dependency of crypto on the internet, unlike gold which can be used just like in the old days.

Gold on Defence, Bitcoin on the Offence

Both assets are often pinned against one another. But if this showed us anything, there is no clear winner here. So why not just diversify your investment and invest in both? In times of recession, gold might win. In the long run, crypto might be more fruitful. The key to investing is diversity, so why not stick to it in this case? It just seems like the perfect equilibrium. Gold is more cumbersome, yet it holds its own when the times get tough. Crypto is easy to get, save and store in a digital sphere. You can be part of the digital wave without limiting yourself to it. It sounds like the perfect safety net for a recession in 2022, and it might be.

This is not an invitation to sell one and buy the other. Gold is a proven method, while crypto might be the way to go tomorrow, so adding it to your portfolio might be a good idea after proper research. Add and not replace might be the best way to have a plan against the tough times.

Gold can be a defensive tool, prevalent among older investors. They can stick with their old ways and still be okay defensively. They will hold their ground. In comparison, more offensive younger investors can jump in and try to fight for high-potential investment. So if it were a football match, gold would be an excellent stable defensive line, while Bitcoin can be the goal poacher that might score you the goal, but it won’t matter if you coincided two.

Recessions are constantly taunted as a looming threat to every economy, and after the current inflation, people are more afraid of it. Finding an excellent way to fight the recession in 2022 can be tricky. It takes research and patience. While some might view gold as a relic and bitcoin as the future, others might view Bitcoin as a new kid on the block, with gold being the oldest neighbor. To each his own, we are not here to announce a winner, and no one can or should.