Bitcoin as a Hedge Against an Inflated Economy

Published 2 Months Ago on Friday, Oct 14 2022
By Mohamad Hashisho 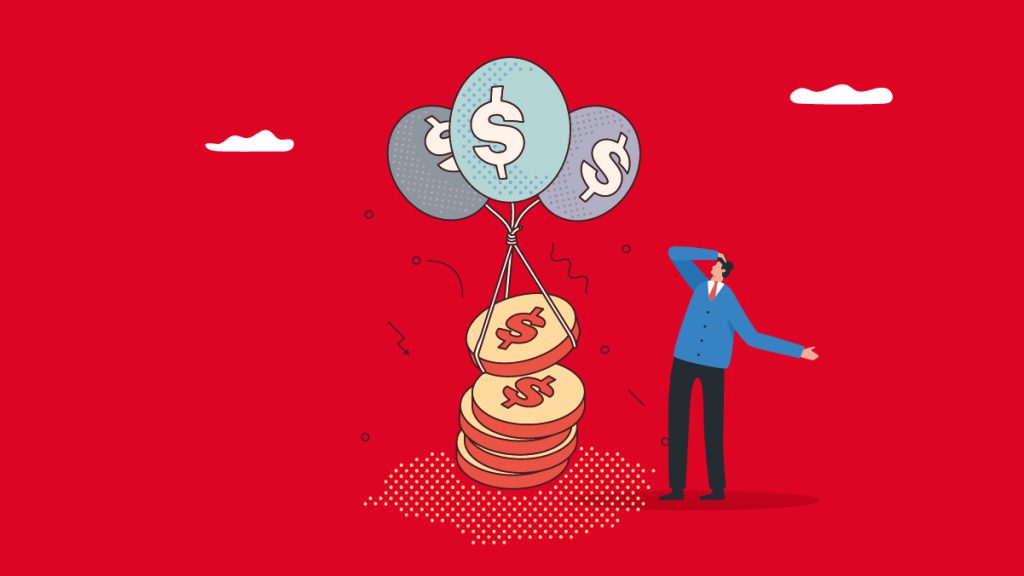 Inflation is a part of every economic lifecycle. While it should be expected, keeping your money in cash can prove the universe. Currency can lose value during inflation, and its purchasing power can diminish. That’s why many people turn their cash into aspects that can hold their worth over time. Stocks, bonds, crypto, and Bitcoin, among many things, are considered “hedges.” Hedges can help you transform your cash into stable assets to battle against an inflated economy.

Bitcoin as an Inflation Hedge Case

In theory, Bitcoin was presented as a decent inflation hedge. The claim is backed up by one significant element of Bitcoin, its limited supply. Many effective hedges shared this feature with bitcoin. Nineteen million Bitcoin tokens have been mined out of the 21 million possible. This was a design choice by Satoshi Nakamoto himself to replicate the finite supply aspect of gold.

The finite digital approach pushed many crypto “experts” to back Bitcoin as a hedge against inflated economies. Crypto enthusiasts claim that the value of Bitcoin over the dollar should increase with time since the USD supply increases while the Bitcoin supply remains stable. This is an oversimplified way to look at it, and not every grand theory translates well in practice

In practice, Bitcoin’s behavior proved its efficiency as a contingency to an inflated economy. Since the price explosion in 2017, the volatility of Bitcoin has sharply increased. Keeping the coin unpredictable and somehow unreliable. Even before the pandemic, in years 2018 and 2019, Bitcoin crashed harshly even when inflation was technically stable. Bitcoin’s performance is drastically less stable than legacy inflation hedges like gold.

Bitcoin was never assessed as a hedge until now. Gold was put to the test during the 1970s economic crash. People tend to choose already-proven hedges, especially when some risk their life savings. The fact that Bitcoin was never really put to the metal against real inflation, like the one we are witnessing now, pushes people away. In the Spring of 2021, inflation began in full gear. Bitcoin stumbled during the year, experiencing ups and downs, dropping 18 percent against the dollar, while other assets labeled as risky rose 8 percent. Gold rose 7 percent, leaving Bitcoin lingering in rough shape.

In 2022, Bitcoin did not help its case. Bitcoin is continuing to plunge, running in the opposite direction of inflation. Periodically or in specific timeframes, Bitcoin might look like a decent hedge against an inflated economy. But in the general timeline, it does not fare well, not correlating with inflation in a positive way.

Bitcoin Can Be Manipulated

The attractive slogans shouted by Bitcoin enthusiasts, such as the fact that it is there to decentralize finance. And the bold claim that it will redistribute wealth from the one percent can be a dream like a claim to attract young enthusiasts. But they are far from the truth. Whales exist in the Bitcoin community. Individuals, the Bitcoin Whales, hold massive numbers of the currency. They can manipulate the digital token’s prices by selling or buying in an enormous influx.

Studies conducted on over two hundred gigabytes of public transaction history between Bitcoin and Tether (a USD-backed stable coin) were done by the University of Texas and Ohio. It proved that the explosion of 2017, the price jump that changed its call, was supported by a single market player. One whale orchestrated the leap to a $20,000 price point. So, the manipulation of Bitcoin prices, not the finite supply of the coin, is unlike what the enthusiast wants you to believe.

It is not secret that Bitcoin lacks regulation. A poorly regulated asset cannot be fully backed as a hedge against an inflated economy. To many crypto fans, the lack of regulation is a positive. Yet, in the case of Bitcoin, it leaves it critically vulnerable. Various governments still do not know their stance on Bitcoin adoption yet. If new laws limit it, the price can plummet even harder overnight.

Crypto Can Be a Hedge, Not Yet Though

Cryptocurrencies need a particular environment to thrive in. Ironically, it is not the volatile economy we are currently experiencing. Crypto performs well in steady, growing economy times. When it can dash past the market, the capitalization against legacy currencies is small. Blockchain is presented as a solution, yet it keeps getting pushed off track by scammers, affecting the reliability of cryptocurrencies as a hedge.

Bitcoin and other cryptocurrencies should have the space to stumble and learn from their mistakes while the community remains patient. Not rushing into investments, especially during hectic inflation times. Relying on digital assets as a hedge against an inflated economy needs time. The tools are in place, but they just need to be sharpened.

The case against Bitcoin being considered a hedge is potent. Dissecting the theory does not constitute financial advice. Personal research and education are essential before investing in any medium. Many assets currently outperform Crypto as a hedge. Bitcoin needs even further mainstream appeal to push its market cap, appeal by governments more than fans. Crypto as a hedge needs to mature further before the verdict can be formed. Even then, many aspects can change and turn the tables.