Bitcoin is Not One of the Gold Alternatives

Published 2 Months Ago on Monday, Oct 24 2022
By Mohamad Hashisho 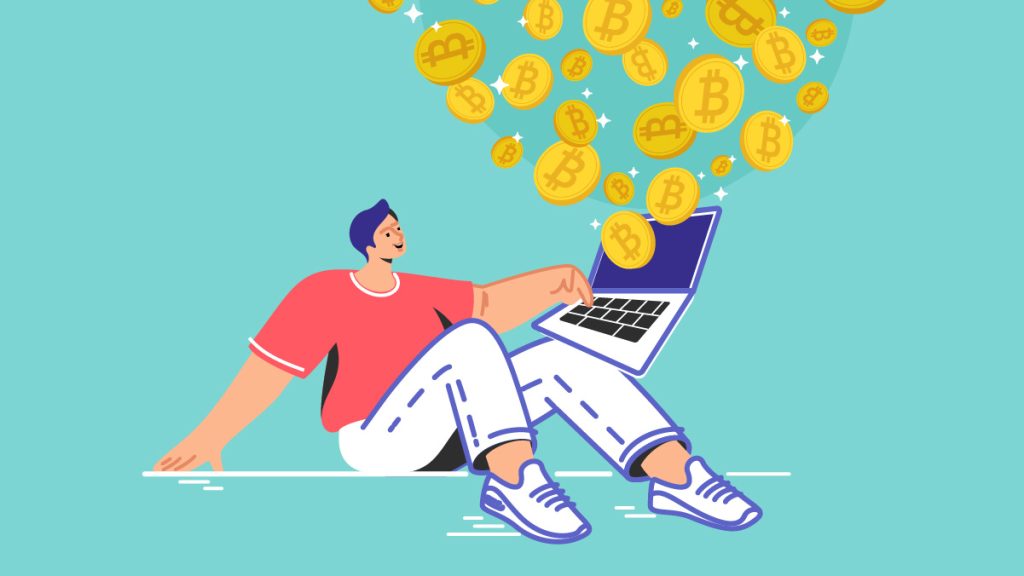 With the surge in its popularity, Bitcoin often gets labeled left and right. The labels can often be misleading, especially the brand ‘Digital Gold’ or ‘Gold Replacement.’ The bank of Singapore went as far as claiming that Bitcoin will replace Gold as a store of value. Such notions are incredibly flawed. Carelessly throwing them around risks the everyday citizen being misled. Rushed and pressured into rash investments with their life savings sometimes. Bitcoin is not one of the gold alternatives, at least not yet.

Most cryptocurrencies operate via blockchain technology, a noncentral system that tracks digital assets transactions. The technology is relatively sophisticated, providing loads of augmentations to the infrastructure to elevate scalability. Yet this tech is susceptible to a lot of vulnerabilities. With the extremely high demand, Bitcoin relied on off-chain transactions, allowing users to complete transactions and deals outside the perimeter of its blockchain circle. If it sounds like it defeats the whole purpose of adopting the technology in the first place, it does.

Besides being a way around blockchain’s limitations, off-chain intersections create massive security and vulnerability threats. Hackers can manipulate such transactions prior to their addition to the blockchain again. Putting people’s money at risk. The process of Bitcoin exchange to complete a transaction via blockchain is highly inefficient. Consuming massive amounts of energy and time, it consumes so much power. A study showed that it consumes more electricity than Argentina annually. Adding to the inefficient fire is that all this energy is consumed to power only a mere ten transactions written to a blockchain per second. Paving the way for environmental criticisms, pointing out that such damage to the world is happening for minuscule outcomes.

In contrast, Gold is a global commodity. Quickly and safely purchased via multiple means and many forms and aspects. Gold does not depend on technology. It has a rigid spine that cannot be broken by technology dependence. It is well established, and the way to access Gold and store it has been regulated and stabilized for centuries.

Bitcoin Will not be a gold alternative

On the surface, many can notice some similarities between Bitcoin and Gold, with the limited and finite supply as the key. Longevity also can be pointed out. Despite its current flop, bitcoin remains a sound investment for the future, just like Gold. These similarities can lead many to perceive Bitcoin as a gold replacement. Let us reflect.

Historically, Gold was a prominent presence in our lives, from luxury items and displays of wealth to actual currency. Gold is now in our computers and phones and in a shape or form in our everyday lives. Such legacy has allowed Gold to remain resilient while other means collapse. On the other hand, Bitcoin is limited in utility as it is only viewed as a digital currency and a risky investment. Bitcoin has a playing power in decentralizing finance in lending and giving loans. It can potentially be involved in more diversified fields than Gold, but it also risks becoming useless and invaluable.

A Never-Ending Cycle of Volatility

Gold offers what Bitcoin, or any other cryptocurrency for that matter, can never provide: A sense of stability. Gold is everywhere and, in every sector, whether in medicine, electronics, or jewelry. Providing tactile proof that the demand for Gold will never cease, anchoring the price of Gold and stabilizing it. In contrast, cryptocurrencies do not possess any intrinsic value. They are solely a means of payment. Additionally, they are open for investment, acting like an investment option. Anyone can buy into it when the hype builds up and sell when the risks come crawling—making the market extremely volatile. Another reason to not consider Bitcoin among gold alternatives.

Many buyers often buy cheap and expect to sell again at a high. What if it did not? More accurately, what happens when it will not come back up? Bitcoin has been getting thrashed for the past year. People kept buying the dip, but bitcoin kept dipping. Unless crypto is used to fulfill its core purpose, its value eventually plummets, and investors will get rid of it. It is a vicious cycle that skeptics often rely on to base the hypothesis that crypto will subsequently circle and eat its tail, reaching zero dollars’ worth. Crypto will not be able to sustain its functionality. Gold is not showing any signs of dropping in value, unlike Bitcoin’s jump off a cliff. It will never reach zero when it is almost immune to manipulation.

There is a significant difference between Bitcoin and Gold, especially in value. Bitcoin sits on top of around three hundred billion dollars in evaluation, it might look like it is a lot of money, but it is about 3 percent of Gold’s estimated value. Yet bitcoin is here to stay, despite its infancy compared to Gold. The younger fans see the poor regulations as fascinating, the semi-outlaw underdog taking on the traditional banking system.

Moreover, the popularity and indulgence of critical figures in the financial world have helped it as the future of finance. Names like Elon Musk and Mark Cuban, among many others. Billionaires with massive amounts of investment in Bitcoin. Ironically, many people are following rash advice to sell their gold savings and invest in crypto.

Finally, Gold has its share of disadvantages compared to bitcoin. And it is not only the lack of flexibility that Gold suffers from. A simple physics reflection reminds you that a gold bar in a back weighs 28 pounds, while bitcoin is circulating the world in amorphous weightless form. Another thing that paints Gold in lousy light is its need for dark times. The worst the surrounding news is, the more people cling to their Gold, hoping for financial reassurance. Bitcoin is not a viable alternative, but it might be fighting for the spot.

The conversation between Gold and Bitcoin is era-defining in the crypto world. Bitcoin is not among the gold alternatives. The current woes of the crypto market cannot be the defining factor in the conversation. Gold has been there for thousands of years, integrated into our lives and symbolizing safety, wealth, and stability. Bitcoin saw the light in 2009 and has kept changing the norms of the financial world ever since. Patience is critical to know the winner of this economic generation-defining war.