Published 3 Weeks Ago on Saturday, Nov 19 2022
By Veljko Petrovic 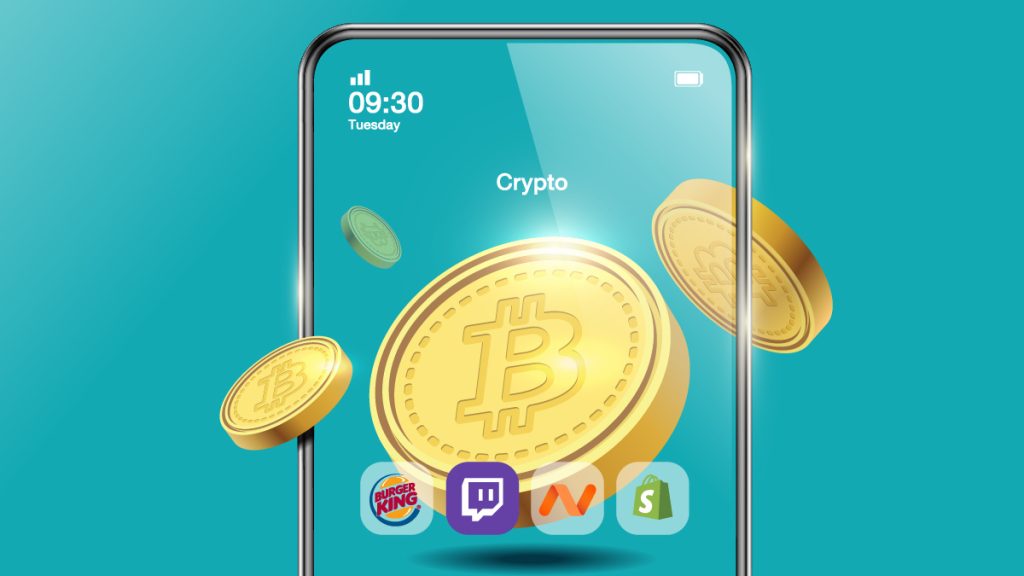 People see cryptocurrencies as either the future of finance or a pyramid scheme filling scammers’ pockets. No matter which of these two groups you belong to, it is undeniable that cryptocurrencies are becoming a part of our everyday world, and brands are heightening their acceptance of any payment in cryptocurrency.

The first cryptocurrency to ever exist is Bitcoin. Its whitepaper was published in 2008, and its mining process in 2009. Bitcoin was mainly mined and talked about by small online communities interested in technology, cybersecurity, and ciphers. As of 2022, there are more than 180 million Bitcoin wallets, such as Blockchain.com and Coinbase.

Cryptocurrencies have also become a daily topic of various media platforms. Alongside the first cryptocurrency, Bitcoin, there are over 12,000 cryptocurrencies in total. Many of these digital assets are going to be taken with a grain of salt by the majority of people. However, notable names like Ethereum, BNB, XRP, and Cardano have influential backers and large market caps.

Overstock.com is an internet retail company stationed in the U.S. that primarily sells furniture. Founded in 1999, it was one of the first significant retailers to accept cryptocurrencies as payment.

The main reason behind this move is the fact that its founder, Patrick Byrne, is an advocate of blockchain technology. Overstock.com partnered with Coinbase to implement cryptocurrency payment on its website.

In 2017, Overstock.com launched its own cryptocurrency by the name of tZERO.

Burger King is one of the most well-known fast-food restaurants in the world. With more than 18,000 locations, Burger King is present in 100 countries, and nearly half are in the US. The regional branch of Burger King in Russia tried implementing a cryptocurrency called Whooper Coin that customers would receive with every purchase, but this project was unsuccessful.

Another unsuccessful campaign occurred in the Netherlands, in the city of Arnhem. People could make their purchases using Bitcoin. However, this option was terminated after some time.

Three locations still support different forms of paying in cryptocurrencies. These locations are:

Germany’s Burger King branch accepts paying for online orders using Bitcoin or Bitcoin Cash. Purchases can’t be made in a physical shop, and payments in cryptocurrencies are only available for online orders.

Venezuela is the only place in the world where you can physically buy a Whooper using cryptocurrency. An unknown number of Burger King shops support paying for your order using Bitcoin, Litecoin, Tether, and BNB.

Dog lovers will be surprised by the fact that in Brazil, you can purchase unique Burger King dog treats using Bitcoin. Unfortunately, you can’t purchase Whoopers or other items on the menu using cryptocurrencies.

Twitch is a video live-streaming service that started as a platform focused on live-streaming video games and expanded into various categories. Amazon currently owns Twitch. Content creators and streamers on Twitch can earn money through donations or monthly subscriptions, which cost 4.99$.

On top of donations in fiat money, Twitch allows donations in the form of over 50 cryptocurrencies using third-party donation extensions. Like crypto, the most substantial number of people using Twitch are Gen Z or Millennials.

With 94% of crypto buyers falling under one of these two age groups, implementing crypto donations on Twitch was a success.

Namecheap was founded in 2000 and has become one of the largest web hosting providers since then. Namecheap offers the usual hosting and security features, as well as WordPress and other supporting services that help you create and run a website.

Namecheap has been accepting Bitcoin for payments since 2013. Unfortunately, it doesn’t accept altcoins, but you can buy Bitcoin on MoonPay, and use it to pay for your Namecheap plan.

Mega is one of the most popular cloud storage services. Compared to its competitors, such as Dropbox and Google Drive, Mega is much more affordable, and its free plan offers 20GB of storage.

Mega’s free plan is the largest fully functional allocation out of all cloud services. However, many people don’t consider this amount enough. Mega offers plans for individuals and teams that can be paid monthly or annually.

These plan upgrades can be paid for using Bitcoin, a method that has been available since 2014. Upgrading your Mega package using Bitcoin can save you money in terms of transactional fees. Unfortunately, Mega doesn’t support other cryptocurrencies at the moment.

Shopify is a multinational e-commerce company that has helped more than a million people to create an online store or a click-and-mortar variant. Shopify was founded in 2006, and it is continuously growing. According to research, 4.4% of the top 10 million websites are created using Shopify.

This e-Commerce platform supports thousands of apps of various categories, from security and fraud prevention to design. Among those extensions, a number of them can be used to expand the payment methods of your website.

Some of the apps that will allow customers to pay for products in crypto include:

These apps will make it possible for customers to pay using cryptocurrencies that these services allow. There are some downsides to using crypto as a payment for an online store, as it can lead to additional fees caused by these apps.

Another critical problem is that there are no automatic refunds for cryptocurrency payments. Refunds need to be done manually using the features of the payment giveaway in question.

Cryptocurrencies and internet privacy are things that often go together. Many Virtual Privacy network services offer crypto payments, but ExpressVPN is one of the most popular in the category.

ExpressVPN is a VPN service that allows users to mask their IP and safely browse the internet. This VPN service offers the highest encryption standards for an affordable price. ExpressVPN’s servers are located in 94 countries with more than 3 million users.

Unfortunately, ExpressVPN supports only Bitcoin, and there are limited options when it comes to that. You can’t buy another subscription under the same account, but you can purchase a new ExpressVPN account or renew your existing one. Automatic renewal is turned off if your payment method is Bitcoin.

Cheapair is an American travel agency that operates online, founded in 1989. According to some lists, it is considered one of the 50 best travel agencies stationed in the U.S. This agency offers various travel services, such as monitoring your fares and personalized traveling packages.

These brands are from various industries, and they have very different demographics. However, the use of blockchain technology is something that goes beyond industries, and it can find a place in our everyday lives in the future.

Whether you run a startup or a renowned company, consider implementing a crypto payment processor. People with no cryptocurrencies will overlook it. Other crypto enthusiasts can be motivated to use their cryptocurrencies in payment.

Nobody can predict the future. These influential brands accept cryptocurrencies in various forms, which is a good sign that digital assets will be more accepted as payments over time.