Can USDT and UST have the Same Fate? 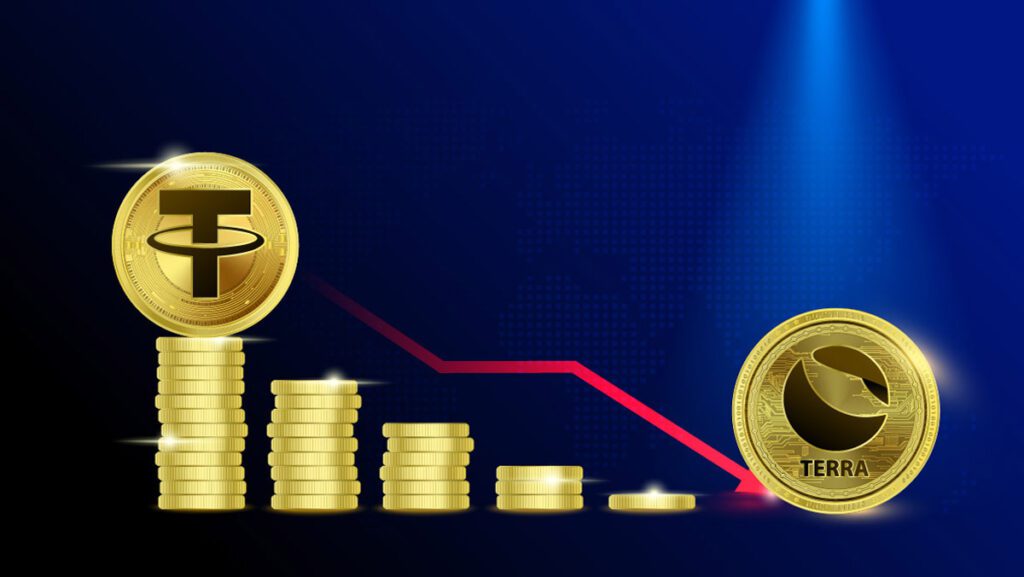 Following the Terra Luna (UST) crash that shook the crypto market to its core, many investors were rightly afraid that their other crypto assets would follow suit. This fear is partly what led to the crypto market having its worst crash since 2020. That fear is multiplied tenfold when talking about USDT (Tether). One major difference between USDT and UST is that USDT is much bigger than Terra; It is 7 percent of all existing crypto on the market, the third-largest crypto on the market after Bitcoin and Ethereum, and an undisputed king of the stable coin market, with around 45 percent of all stable coins being USDT.

Needless to say, a USDT crash would be a big deal. If people were calling Terra Luna the crypto equivalent of Lehman’s Brothers, then a Tether crash would be a Great Depression-level crypto apocalypse.

When Tether lost its peg on May 12, sliding as low as 0.96 dollars in price, the team behind the stable coin assured holders that their losses would be redeemed or bought back.

Sure enough, as of writing, Tether has managed to maintain a steady value by paying out from their own reserves. However, if you have been in the crypto space for a while, you will know that USDT is, as the crypto community would call it, ‘hella shady.’

Tether did claim that more than 75 percent of USDT is backed by “cash and cash equivalents,” in the company’s words, but in reality, the devil is in the details. 65.4 percent of Tether’sTether’s total reserves are, in actuality, held in commercial paper. That is over half of their total reserves. This means that just under 3 percent of total reserves in actual cash.

So could Tether crash?

Yes. Will it crash? Who knows, experts are two ways about it.

It seems that Tether has all the same pillars that were knocked down during the Terra collapse. If the FUD gets out of control and another run of the bank scenario were to occur, it is unlikely that Tether will have the accessible funds needed to bail it out entirely.

It is reasonable to think that what might have triggered the tether de-pegging is governments in general look at stable coins it’s a great deal of suspicion, along with the FUD surrounding the crypto market and the spook investors got from the Terra Luna crash, the fallout could rattle the peg even further.

For now, Tether is holding steady, but for how long, no one knows. However, nothing really beats cold hard cash, and so if you want true safety, maybe go back to the roots and put your savings in the very thing that the crypto market is built on top of; good old fiat.

Anyone reading this article probably wants crypto to be the future, but the future doesn’t come in a day. It is better to navigate the coming storms with a pragmatic and keen eye and, once again, only invest what you are willing to lose.