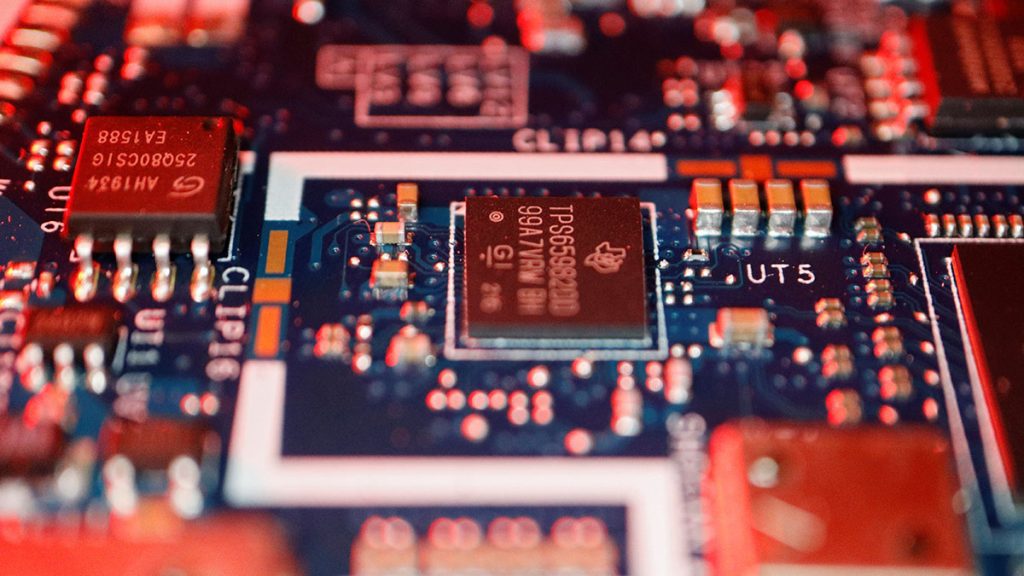 U.S. export restrictions on chip equipment to China are likely to lead to its “Sputnik” moment, prompting Chinese chipmakers to try creative engineering solutions and chart their own course even if it may not succeed commercially in the longer term, experts said.

Under sweeping new regulations announced by the Biden administration on Oct. 7, U.S. companies must cease supplying Chinese chipmakers with equipment that can produce relatively advanced chips unless they first obtain a license.

The measures are set to undermine China’s efforts to develop its own chip industry aimed at reducing its reliance on foreign-made chips. China consumes more than three quarters of the semiconductors sold globally, which hit $556 billion in 2021, but produces around 15% of global output.

“The tech decoupling could serve as China’s Sputnik moment in innovation, forcing it to take a top-down and self-reliance approach, especially in semiconductors,” Citi economists said in a note, likening it to the surge in spending and research seen in the United States after the Soviet Union’s launch of the world’s first satellite.

The restrictions also arrive just before the upcoming Communist Party Congress in Beijing, in which President Xi Jinping is expected to secure an unprecedented third term.

The importance of technological self-sufficiency, already a priority for Xi in the past decade, will likely surface as a key theme for this year’s Congress.

The new restrictions are likely to spur Chinese chipmakers to try producing advanced chips by using creative engineering solutions with older technologies not subject to the sanctions, experts said.

This is something that China’s top contract chipmaker Semiconductor Manufacturing International Corp (SMIC), has attempted before.

In late 2020 Washington barred it from obtaining an advanced chipmaking tool called an EUV machine from Dutch firm ASML which is critical for making chips using 7 nanometer process nodes.

While the sanctions are intended to prevent SMIC from producing advanced chips, some analysts have found signs that SMIC has nevertheless managed to produce 7 nm chips by tweaking simpler DUV machines it could still purchase freely from ASML.

Experts say such attempts, however, are unlikely to produce commercially viable products for mass production.

“You can tweak certain tools. People are creative. But what will the yields be? How can they achieve commercial volumes? These are the questions,” says Marco Mezger, a consultant in Taiwan who tracks the global memory chip sector.

Experts say China’s own equipment makers remain four to five years behind their overseas counterparts, making them not suitable as instant substitutes for equipment lost from U.S. suppliers such as KLA Corp, Applied Materials, and Lam Research.

YMTC and CXMT are both state-backed companies founded roughly 10 years ago and China’s best hopes for breaking into the global market, going neck and neck with top players such as Samsung Electronics and Micron Technology.

But neither company has achieved mass production at the cutting edge, though they have made strides – with YMTC claiming to have developed 232-layer NAND, and CXMT reportedly inching towards mass production of 10nm DRAM.

SMIC, YMTC and CXMT did not respond to requests for comment.

Overseas toolmakers will likewise face painful hits to their bottom line as China’s efforts to nurture its domestic chip industry have been a boon to many of them.

KLA, Applied Materials, and Lam Research each earn roughly 30% of their revenue from China, which ranks as their top geographic market and also the fastest growing.

Applied Materials said on Wednesday export restrictions to China would result in a $250-$550 million loss in net sales in the quarter ending Oct. 30, with a similar impact expected in the following three months.

“Until we see some $10 billion fab set up in Ohio or Oregon, I see a big concern for our revenue next year,” one source at an equipment company told Reuters, referring to the CHIPS Act that provides $52.7 billion subsidies for U.S. chip production and research.

Sources at toolmaking firms also said they are scrambling to comply with the new export restrictions, with some companies ordering a broad supply ban to avoid breaking the rules, which they say are ambiguous.

“If we go by the letter of the bill, the equipment companies might have to close their doors,” said one seller of chip equipment, who asked to not to be identified due to the sensitivity of the matter.

Washington is also scrambling to tackle unintended consequences of its new export curbs, people familiar with the matter said.

Hours before the new restriction took effect, South Korea’s SK Hynix said it got U.S. authorization to receive goods for its chip production facilities in China without additional licensing imposed by the new rules.

Yet business at toolmaking firms servicing Chinese customers has already slowed dramatically, leaving their staff with little work to do but creating an opening for Chinese equipment makers seeking to catch up with western rivals, sources said.

“Our top management team has told us to relax for a couple of months – we can still come to work but it’s not mandatory,” said one source at an overseas equipment company based in China.