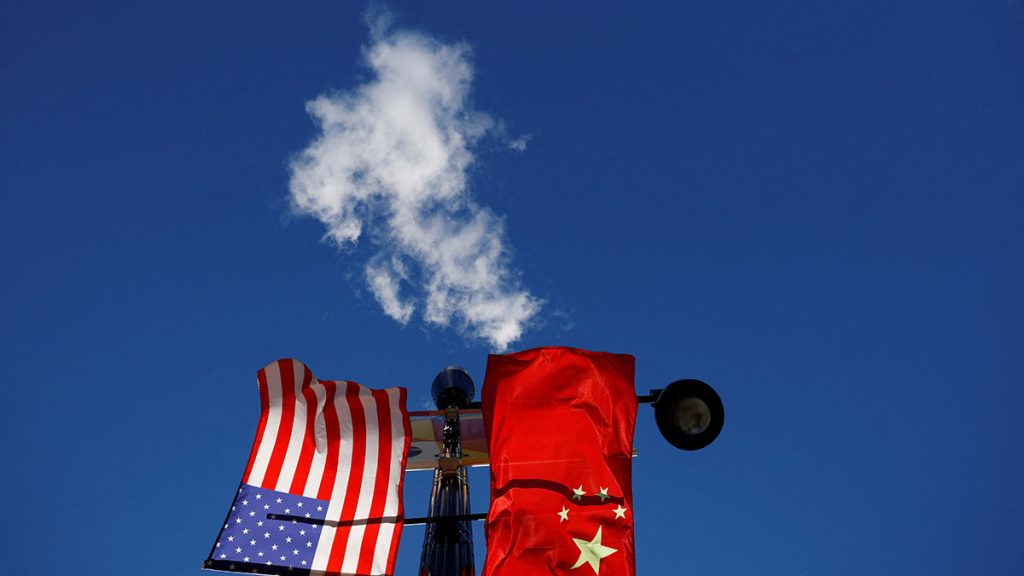 The U.S. accounting watchdog on Thursday said it has full access to inspect and investigate firms in China for the first time ever, removing the risk that around 200 Chinese companies could be kicked off U.S. stock exchanges.

The statement from the Public Company Accounting Oversight Board (PCAOB) marks a victory for U.S. regulators and a relief for Chinese firms, including Alibaba, facing delisting amid rocky relations between the world’s largest economies. Washington and Beijing have been locked in a heated trade and technology war.

“For the first time in history, we are able to perform full and thorough inspections and investigations to root out potential problems and hold firms accountable to fix them,” said PCAOB Chair Erica Williams.

“This falls into the category of a game changing view of Chinese companies because the threat of their delisting seems to have been eliminated,” said Art Hogan, chief market strategist at B. Riley Financial.

However, the relief was not seen in Thursday’s trading for U.S.-listed shares of Chinese companies, which were higher amid the news, but gave up gains and some ended sharply lower.

U.S.-traded shares of Ecommerce giants Alibaba, JD.com as well as internet behemoth Baidu were down between 3-5 percent while music streaming provider Tencent Music was down 3.5 percent, more than the broader market where the S&P 500 Index was down 2.5 percent. The iShares MSCI China ETF was down 2.2 percent.

There were some concerns voiced about what issues the audits might uncover.

Tim Ghriskey, senior portfolio strategist at Ingalls & Snyder, said the move should take “one of the risks, theoretically off the table of investing in them.”

However any issues uncovered due to the more stringent accounting oversight “could be very bad for the sector, especially if there is then no effort to correct it or come clean,” he said.

In its statement, the PCAOB said it exercised sole discretion to select firms for audit and had selected two, KPMG Huazhen LLP in China and PricewaterhouseCoopers in Hong Kong.

PCAOB staff identified “numerous potential deficiencies” in their inspection work, PCAOB’s Williams said, saying the inspection reports will be finalized and made public next year.

“Today’s announcement should not be misconstrued in any way as a clean bill of health for firms in mainland China and Hong Kong,” she said.

She declined to specify the types of deficiencies, but said they are in line with those audit inspectors have seen during first-time inspections elsewhere.

The PCAOB, which oversees registered public accounting firms around the world, said late last year said that Chinese authorities had prevented the watchdog from completely inspecting and investigating in mainland China and Hong Kong.

U.S. lawmakers in 2020 agreed to legislation that would oust Chinese companies from U.S. stock exchanges unless they adhere to American auditing standards.

The deal granted PCAOB full access to Chinese audit working papers with no redactions, the right to take testimony from audit company staff in China and sole discretion to select what companies it inspects.

Investors and attorneys have been awaiting news from the PCAOB on whether U.S. inspectors received the access promised.

Sources previously told Reuters U.S. officials had gained “good access” to all the information they requested during the seven-week inspection.

The determination announced on Thursday resets a three-year clock for compliance, said Gary Gensler, the chair of the Securities and Exchange Commission, which oversees the PCAOB.

In a statement, he said: “Chinese authorities will need to give PCAOB “full access for inspections and investigations in 2023 and beyond.”

But in a decision that signals renewed cooperation between Washington and Beijing, the Commerce Department also removed a subsidiary of Wuxi Biologics, a company that makes ingredients for AstraZeneca’s COVID-19 vaccine, and 25 other Chinese entities from the so-called unverified list, thanks to successful site visits.

The United States and China have been seeking to repair ties following an August visit to Taiwan by U.S. House Speaker Nancy Pelosi which produced a new fracture in relations and led China to cancel cooperation with the United States across a range of areas.

Since then, the two countries have gradually restored communications, first with a meeting between U.S. President Joe Biden and Chinese President Xi Jinping, followed by lower-level meetings and a resumption of talks on climate change and other topics.