Closing the gap in mobile connectivity 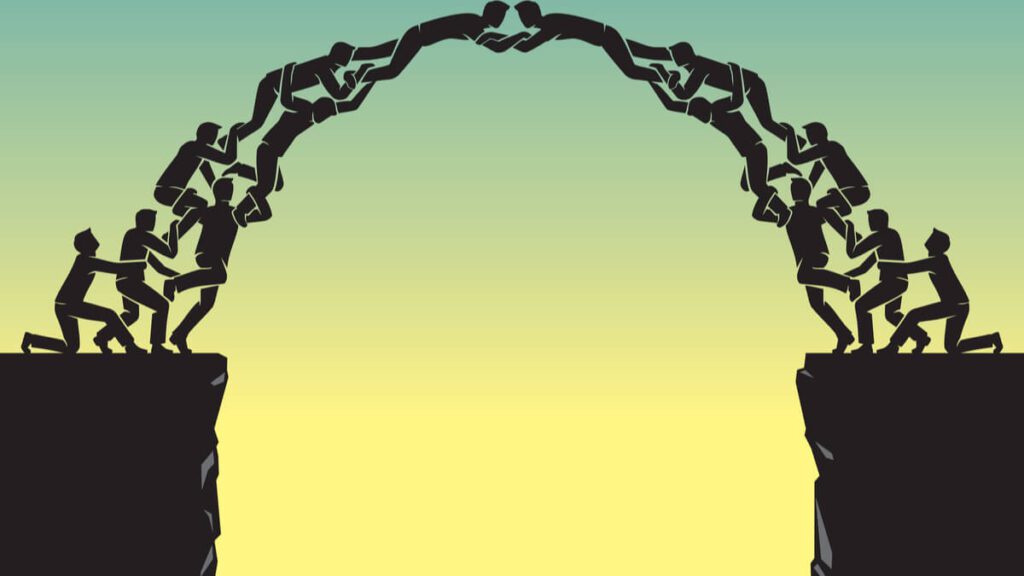 As you’re reading this, take a moment to think about your day.

Have you joined friends or colleagues in a video conference call, did you scan various social media pages? Have you checked for any Black Friday deals to make an online purchase?

There is one denominator here: access to a high-speed and reliable Internet connection.

Just as electricity became a modern necessity in the 1930s, high-speed Internet is a necessity today, and currently half the planet’s population is lacking access to any form of an Internet connection.

The problem was exacerbated by lockdowns imposed in response to the spread of the Covid-19 pandemic.

More than 700 million people in rural areas around the world still cannot make phone calls or access the network, according to GSMA statistics. By the end of 2018, nearly 400,000 villages around the world had no network coverage.

The digital divide between cities and the countryside is widening, especially the gap between remote and urban areas.

Closing or reducing the digital divide requires both coverage and penetration-related initiatives – especially in a world where demand has changed because of the pandemic.

Governments, telcos, and the private sector have taken note of this, and have already started to fight back against this connectivity blackout.

Last year, Indonesia completed the final phase of the Palapa Ring project. The goal was to bridge the geographical divide in digital services and provide high-speed internet across the country, with a focus on some of the country’s most remote regions, particularly those in the east.

The approach was to build a new national infrastructure as a backbone of Indonesia’s telecommunications system by connecting seven of the archipelago’s island groupings: Sumatra, Jawa, Kalimantan, Nusa Tenggara, Sulawesi, Maluku and Papua, through a public-private partnership.

According to a report by Opensignal, a UK-based Mobile Analytics company, Indonesia’s operators have been taking advantage of the Palapa Ring project to bring mobile connectivity beyond Jawa and to address the inequality in mobile network experience across the archipelago over the past two years.

“Our users saw outstanding improvements in all 12 regions over the last two years, between the third quarter of 2018 and the same quarter in 2020 for mobile Download Speed Experience, Video Experience, and 4G Availability,” a report published by Opensignal said.

“Our Indonesian users also experienced notable growth in 4G Availability — the proportion of time our 4G users spent connected to 4G services — across all regions. In the third quarter of 2018, most of the areas were below the 80 percent 4G Availability mark,” the report highlighted.

But two years later, almost all the regions have broken through or risen significantly closer to the 90 percent 4G availability milestone.

While this demand for connectivity is being slowly met, there is still a lot of work to be done; especially since this growing digital divide is driving economic and social inequity.

In the US, students without broadband are falling behind in schools while counties with the highest unemployment rates also have the lowest broadband access and usage.

U.S. tech titan Microsoft has also stepped in to help bridge the gap by establishing the Airband Initiative.

The initiative aims to close the digital divide and bring high-speed internet connectivity to unconnected communities around the world.

In the US the Airband Initiative has ongoing projects in 25 states and territories, with pilots in additional states, and has expanded broadband access to 1.5 million people in rural, previously unserved areas.

The program has also expanded broadband access to more than 14 million people in rural areas internationally.

Zipping across to the South Pacific Ocean, the government of New Zealand have doubled down their efforts to bring fiber optic broadband to its rural areas.

Stage of the RBI rollout is still in progress.

“The initiative seeks to provide high speed broadband to the greatest number of under-served rural end users within the funding available, and contribute towards achieving similar rates of access to high-speed broadband by rural end users across all regions of New Zealand,” a statement issued by the country’s Ministry of Business, Innovation, and Employment read.

In Latin America, Telefónica/Movistar, Facebook, IDB Invest and the Development Bank of Latin America (CAF) joined forces to create a company called Internet Para Todos (Internet For All) or IpT.

After a year of the start of operations, IpT has successfully met the challenge of connecting more than 1.5 million Peruvians from remote locations along the coast, in the mountains and in the jungle, providing access to adequate mobile internet.

Peru became a pioneer in implementing IpT, and the experience has been progressively shared with other Latin American countries. The initiative aims to connect more than 30,000 rural communities by 2021.

IpT is an opportunity to integrate all Peruvians to the digital age, which is particularly vital in this context. There must be a coordinated effort between different sectors to connect about 4.5 million Peruvians before the Bicentennial with adequate mobile internet.

This must be a joint task of the public and private sectors, in an effort to achieve more inclusive connectivity, thus fostering development in a society with equality for all.

As time presses on and the rollout of the fifth generation of mobile networks starts hitting the mainstream, connecting rural areas across the world will become much easier, which will allow for more initiatives to keep mushrooming as the world enters its next phase of technological development.