Could AI be the answer to world hunger? 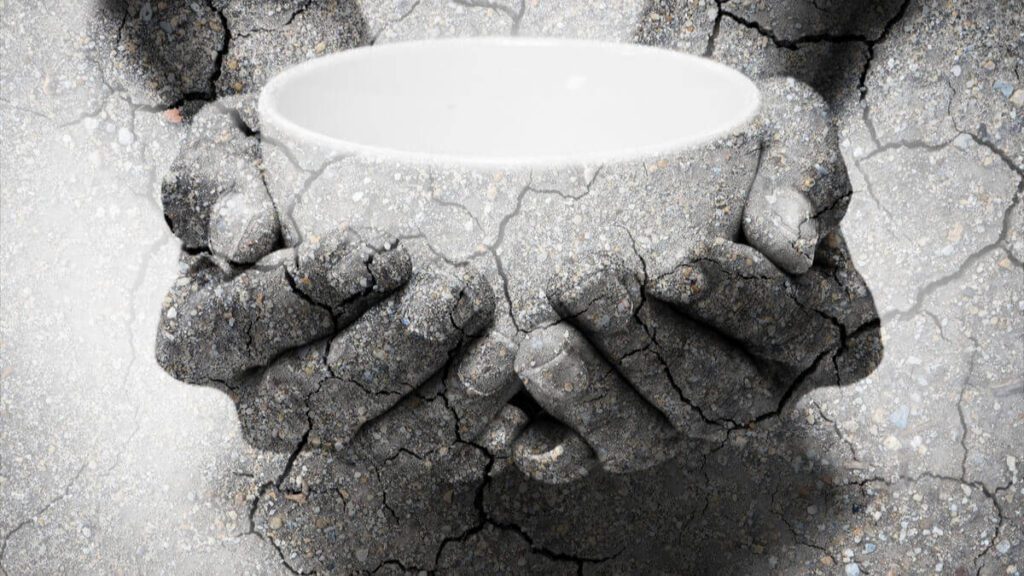 The contributions of recent technological developments toward humanity has characterized this period in history as the best time to be alive. From advancements in the field of medicine, to construction, even reaching the service industry, we have made strides in bettering humanity’s quality of life.

But there remains a lot to be done; and the basic necessity that we need to address is that of world hunger, and many foresee that the biggest player to shift this landscape will be Artificial Intelligence (AI).

According to the World Economic Forum, the agriculture sector employs roughly 25 percent of the world’s population, while being responsible for feeding and sustaining 7.5 billion people.

Despite countless efforts by governments, NGOs, non-profits and the like, a staggering 1.9 billion people remain moderately or severely food insecure, and roughly 820 million do not get enough to eat on a daily basis, as per the UN Food and Agriculture Organization (FAO).

In parallel, the global population is projected to expand to almost 10 billion by 2050, experts estimate that feeding the planet will require farmers to grow 69 percent more calories than they did in 2006.

In the wake of increasing produce to meet global demand, humanity has wreaked havoc on the environment by cutting down forests and ploughing more farmland and grassland, which has contributed to almost 10 percent of global carbon emissions.

Massive areas within South America and continental Africa have taken the worst hits from this, while adding the effects of climate change and urbanization that pose an even greater risk to crop production.

The sooner changes can be enacted, the better.

While AI has suffered from a bad rep in the media due to people’s fearfulness of intelligent machines, new AI-powered businesses and startups are mushrooming everywhere to fight back against humanity’s biggest threats, from climate change to Covid-19.

The role of AI

AI already has hurdles that need to be dealt with and fast; since poverty-stricken people in remote areas require investment in basic infrastructure, social services, as well as law to support the proper distribution of food.

With all that in mind, AI can prove to be the biggest protagonist within this struggle by lowering operational costs, simplifying access to local and international markets. Thus, unlocking this valuable information and knowledge can be the main catalyst in supporting people’s decision-making in the most productive and sustainable way.

In addition, an investment into AI can bring with it a pool of financial and technical resources from a myriad of diverse partnerships that would lay the foundations for more sustainable farming – making it easier for decisions and policy makers to apply AI solutions within their programs.

However, an effective outcome requires alignment between the discourse of AI integration and human values. People, governments, and enterprises across the board need to understand that the role of AI will be placed for the greater good of serving humanity, shying away from the “stealing our jobs” narrative to look at the bigger picture.

The world needs to change its direction when it comes to feeding the world, by transitioning from small farming to smart farming.

Smart farming unlocks the power of precision, using real time data coupled with algorithms to analyze a huge volume of data to ascertain common patterns and in turn transform those patterns into predictions.

An example of this can be made through cost cutting in reducing waste, where algorithms and machine learning can apply the necessary resources of pesticides, water, and the like according to the needs of each patch of land.

In parallel, real time insights with the help of sensors, in-field cameras, and micro weather data can provide farmers with the most accurate information to make the best possible decisions. Early signs of damage to the crop can be detected and addressed with the help of deep learning and computer vision algorithms.

“There might be a number of crop related issues that can skip the eyes of humans but can be detected with the help of proven and well-trained algorithms. These smart sensors are able to detect rainfall, humidity, crop water demands, water stress, micro-climate data, canopy biomass, chlorophyll and so much more,” a report by the World Economic Forum said.

What’s happening on the ground?

There are a number of companies and initiatives that are already being worked on as we speak. The greatest example of this is an AI company called Prospera, that is training powerful algorithms on vast new datasets to improve the efficiency and performance of traditional farms.

Prospera collects 50 million data points every day across 4700 fields, which are then analyzed with the help of AI to identify pests and disease outbreaks, while digging up new opportunities to increase yields and reduce the carbon footprint by eliminating waste.

Another approach being taken by companies such as Plenty and Aerofarms is vertical indoor farming which utilizes AI algorithms to optimize nutrient inputs and increase yields in real time.

Others such as Root AI, are using computer vision coupled with robotics to identify when fruit is at its ripest.

It is important to note that the most advanced forms of vertical indoor farming are estimated to produce over 20 times more food per acre than traditional fields, using roughly 90 percent less water.

The industrial meat production sector also has a cut of the action.

Companies such as Latin American NotCo and Fazenda Futuro are using AI tools to analyze plant data to identify the best circumstances to replicate the taste and texture of meat.

The market has obviously taken note of this, with sales of refrigerated plant-based meat growing by a whopping 125 percent. This is necessary since meat production accounts for almost 50 percent of global agricultural emissions, according to the FAO.

The private sector isn’t the only one riding this bandwagon. Governments across the globe are also looking to ride the winds of change in hopes of providing better feeding conditions for their citizens.

An example of this was brought about by a partnership between the World Economic Forum and the government of India to identify high-value use cases for AI in agriculture, develop innovative AI solutions, and drive their widespread adoption.

And the world is swiftly following suit; such as investments by the government of Zimbabwe will intensify climate smart agriculture, a farming technique that helps farmers to be more productive on a warming planet, than adopting “harmful” genetically modified crops.

In parallel, the government of Japan formulated “the Basic Plan for Food, Agriculture, and Rural Areas,” in March 2020 which shows the direction of measures with a vision for approximately the next 10 years.

Australia has already allocated millions of its budget to improving landcare, waste management, and farming sustainability.

While no single technology can solve the world’s biggest problems, the integration of AI could be a stepping stone to a more accurate and efficient future that the world is desperately in need of.