COVID-19 reflections: top lessons the telco sector had to learn the hard way 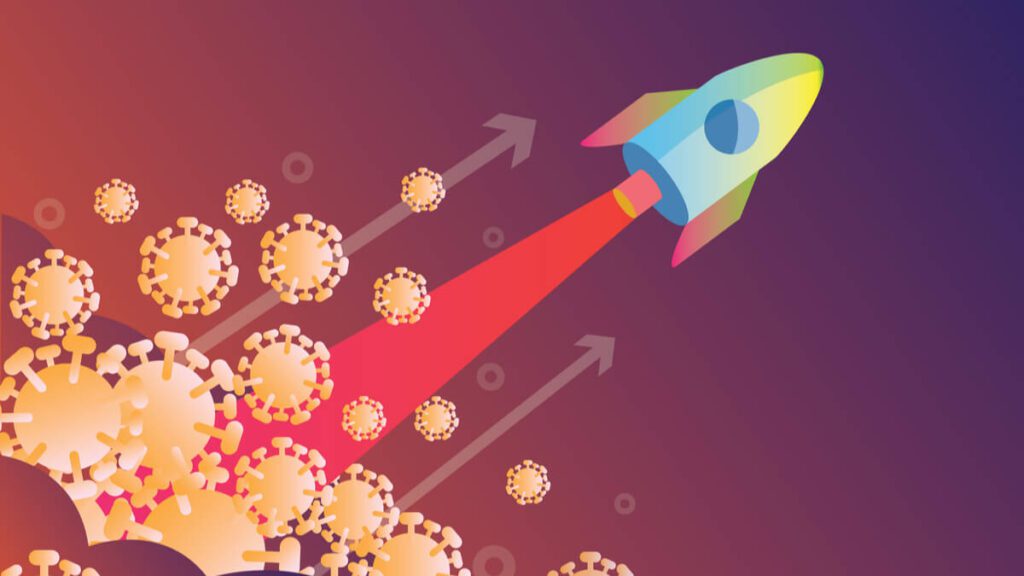 Demand for bandwidth is in no way a new problem.

Since the early days of the internet, we have consumed more and more data every year, placing a heavy strain on broadband providers to deliver high quality video streaming, instant messaging, and large file transfers – all without delay or throttling performance.

Statistics by Ofcom show that UK users spent an average of 3 hours and 37 minutes daily online in 2020. We’re watching, playing, reading, talking, ordering, and creating more than ever before. Not only has the intensity of our internet use risen, but a greater proportion of the UK population is also now online.

According to the ONS, 92 percent of UK adults were internet users in 2020, up from 91 percent in 2019. This is in part because the proportion of users aged over 75 has nearly doubled since 2013.

That may not seem like a lot, but with a population of nearly 69 million, every percentage point adds up.

The pandemic has no doubt played a role in increasing the rapid expansion of internet usage at a rate no one could have previously foreseen. Overnight, billions of people worldwide were put into lockdown and telecoms providers saw a 30 percent increase in global online traffic in the course of just a few weeks, according to The World Economic Forum.

What are the lessons learned?

The top lesson that telcos have had to learn the hard way this past year, is that their current network infrastructure isn’t as flexible as they’d like it to be. In fact, it’s struggling to cope with the number of users and amount of data it is transporting. If there’s one thing this pandemic has taught us, it’s that we can never say never.

We can’t assume that this jump in traffic levels won’t jam our networks again.

As we return to relative normality, the focus needs to be on investment in a new approach. However, the solution is not as simple as throwing money at the problem. The telecoms market is already in a tough position.

Carriers are burdened with high spectrum licensing costs and operating costs continue to grow. We can all agree that ARPU (Average Revenue Per User) is unlikely to significantly increase anytime soon, so how can we invest in infrastructure without breaking the bank?

Plus, we must consider the second cost to infrastructure upgrades, time.

It can take months, sometimes years, to roll out infrastructure upgrades that will have a meaningful impact – the kind of upgrades needed to meet another surge in traffic like the one we saw last year.

The solution is quite simple

In 2020, we saw major leaps in the telecoms space, as carriers started moving towards a disaggregated, open model that mimics cloud-native companies like Amazon, Facebook, and Google.

Most notably, the Telecom Infra Project (TIP) called on the industry to band together and develop an Open BNG (Broadband Network Gateway) – broadband routing software that runs on open hardware.

Those cloud-natives build their infrastructure using open, off-the-shelf hardware, whilst running independent software and deploying new capacity using zero-touch-provisioning systems that can scale to meet demand in days, rather than months.

Silicon vendors now have equivalent capabilities on their high-volume and low-cost networking chips that used to only be available from traditional network equipment vendors in their customized systems.

What can telcos learn going forward?

Though we all hope that the worst has passed for now, 2020 undoubtedly showed telcos the importance of future-proofing their networks. The adoption of a cloud-native approach could more than double broadband capacity at the same cost.

But if we are truly to learn from our mistakes, going cloud-native may be the next logical step. This would offer telcos many benefits, including the ability to migrate to an architecture that allows for capacity shift at short notice.

Rather than waiting until the next emergency, we must upgrade, adapt, and move forward now to avoid a future broadband crisis.