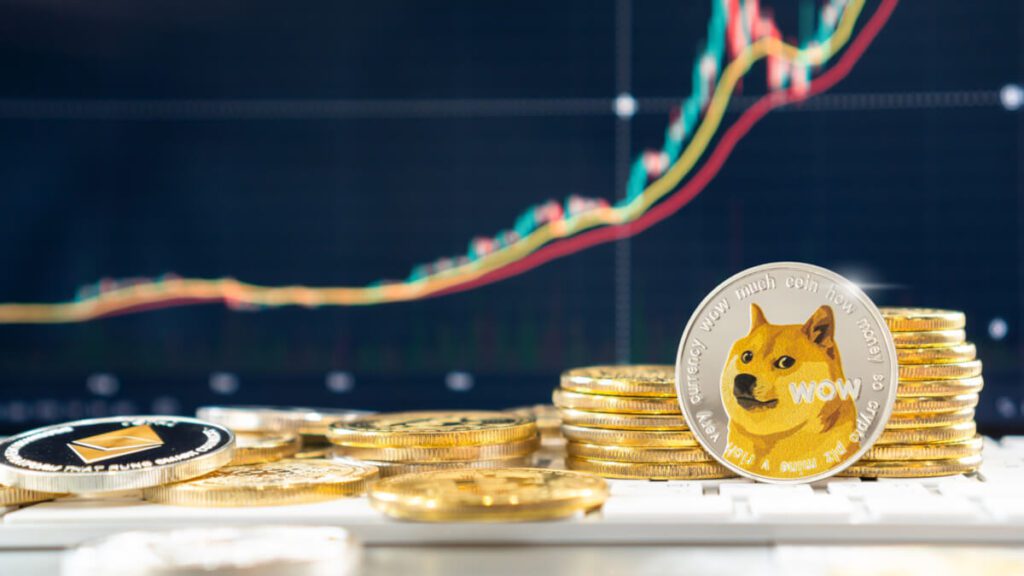 “Cryptocurrency is a scam and always has been,” are the words used by Dogecoin creator Jackson Palmer to describe the burgeoning digital currency ecosystem, as he resurfaced on Twitter after two years of absence.

But Palmer didn’t stop there.

He described cryptocurrency industry to be “a right-wing, hyper-capitalistic system, serving the protection of powerful cartel of wealthy figures.”

After Dogecoin co-creator unexpectedly abandoned the networking platform YouTube and turned his Twitter account private in mid-2019, on Wednesday, he made an opinionated return on Twitter with message: Cryptocurrency’s a scam and always has been.

“I am often asked if I will ‘return to cryptocurrency’ or begin regularly sharing my thought on the topic again. My answer is ‘no,’ but to avoid repeating myself I figure it might be worthwhile briefly explaining why I’m here,” this is how the co-creator of meme-based cryptocurrency announced his return via a tweet.

Back in 2013, IBM software engineer Billy Markus and Palmer brought Dogecoin to existence as a joke based on the “Doge” meme, presenting it to the public as nothing but a prank.

However, the cryptocurrency’s blockchain still has merit, with its underlying technology derived from Litecoin using a scrypt algorithm – a password-based key derivation function. Since its release, Dogecoin has soared off making it one the world’s top ten cryptocurrencies by market value.

In this case, it is vital to highlight the fact that Palmer created a prank cryptocurrency provides some insight regarding his stand towards Bitcoin, and his recent tweets further enforce this idea.

The Dogecoin co-creator lashed on cryptocurrency referring to it as a scam and it is regulated by an influential cartel of wealthy individuals. Then, he continued by stating that it is used by rich figures to grow their fortune by evading tax, diminishing regulatory oversight and artificially imposing scarcity.

“After years of studying it, I believe that cryptocurrency is an inherently right-wing, hyper-capitalistic technology built primarily to amplify the wealth of its proponents through a combination of tax avoidance, diminished regulatory oversight and artificially enforced scarcity,” he tweeted.

Moreover, he resumed with his criticism as to how crypto is shared and marketed, by announcing that the cryptocurrency trade influences a private network of shady business connections.

According to Dogecoin father, financial exploitation has always been a thing and wealthy people have been exploiting it since the rise of digital currencies. However, he believes the crypto space was created as an additional mean to perpetuate a cult-like “get rich quick” funnel structured to attract money from the financially gullible and unwise individuals.

Despite Dogecoin’s ballooning rise this year, the technology-based cryptocurrency has also had its turn in Palmer’s bashing against the industry. To him the technology was originally designed to limit consumers protection, leaving them subjected to the industry’s laws.

“Cryptocurrency is like taking the worst parts of today’s capitalist system (e.g. corruption, fraud, inequality) and using software to technically limit the use the interventions (e.g. audits, regulation, taxation) which serve as protections or safety nets of the average person,” he resumed his criticism.

From another aspect, Palmer’s co-partner, Markus indirectly reinforced his counterpart’s threads against the crypto industry in a tweet of his own.

“There’s a lot of terrible people who are involved in the crypto space, and I completely understand why he would feel negative about it. I understand his perspective and we both saw mostly the negative side of all this,” Markus wrote in a thread.

Despite being the creator of the viral dog coin, Markus has not been involved in the development of the currency.

Correspondingly in 2018, Palmer informed Vice that he made no profit from his association with the Dogecoin project. Prior to that, in 2015 he announced his “extended leave of absence” from the “toxic” world of cryptocurrency.

The crypto market’s value is estimated to be yielding a market capitalization of roughly one trillion dollars, according to CoinDesk.

Cryptocurrencies’ value is constantly fluctuating, and this year provides an exemplary demonstration of this variation. Bitcoin, the most widespread currency of the lot, witnessed its price peak at over $63,000 in mid-April before roaring down a month later to mid $30,000.

As for the prank coin, Dogecoin‘s value witnessed its peak by leaping from about $0.06 per coin to over $0.63 per coin to later face its plunge, similarly to its predecessor Bitcoin.