Published 3 Months Ago on Saturday, Jun 18 2022
By Adnan Kayyali 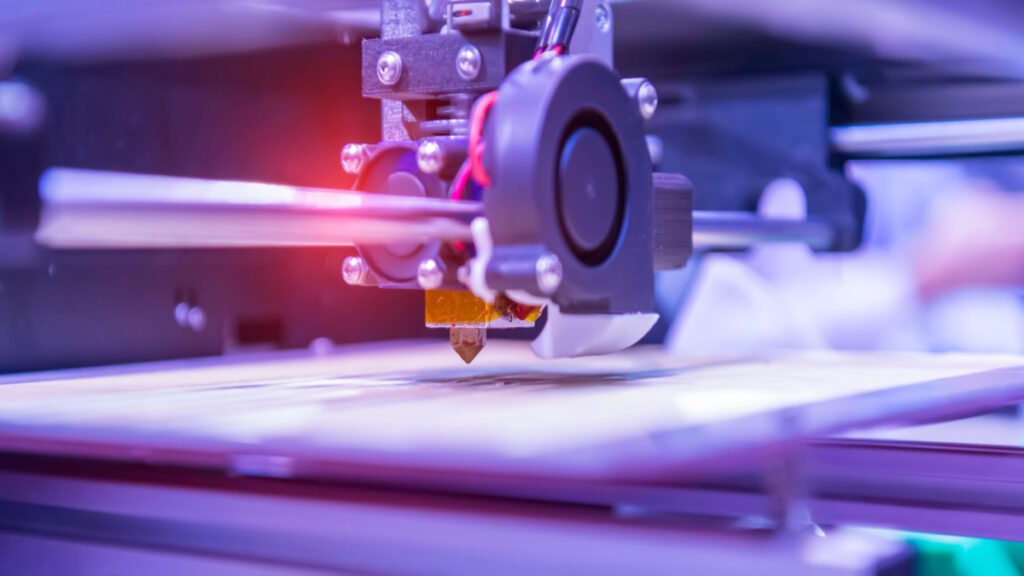 Engineers from UCLA and their peers have created a novel design methodology that will allow manufacturers to 3D print robots in a single step, with their creations having movement and jumping abilities.

Robots are normally constructed via a series of intricate manufacturing stages that include limbs, electronics, and active components. As a result of the process, force production is lowered, and weights and volumes become heavier, giving smaller robot manufacturers a much harder time getting off the ground.

A new form of 3D printing procedure for designing active materials with many functionalities, or “metamaterials,” allowed the full mechanical and electrical systems required to run a robot to be printed at once. A “meta-bot” that has been 3D printed may perform a variety of activities, including propulsion, movement, sensing, and decision-making.

The internal network of sensory, movable, and structural components of printed metamaterials moves on its own after being configured. The only external component required is a tiny battery to power the robot since it already has an internal network for moving and sensing.

For the totally autonomous operation of the 3D printed robots, each measuring the size of a fingernail, the researchers added an onboard battery and controller. The approach, according to the researchers, may result in novel designs for biomedical robots, such as self-steering endoscopes or tiny swimming robots that may emit ultrasounds and maneuver themselves close to blood veins to administer medicine dosages at certain target regions within the body.

The creation and printing of piezoelectric metamaterials, which can change shape and move in response to an electric field, is the main component of the all-in-one technique developed by UCLA researchers. The complex piezoelectric and structural components that make up the robotic materials are intended to bend, flex, twist, rotate, expand, or compress quickly.

“This allows actuating elements to be arranged precisely throughout the robot for fast, complex, and extended movements on various types of terrain,” said Huachen Cui, lead author of the study and a UCLA postdoctoral scholar in Zheng’s Additive Manufacturing and Metamaterials Laboratory.

“With the two-way piezoelectric effect, the robotic materials can also self-sense their contortions, detect obstacles via echoes and ultrasound emissions, as well as respond to external stimuli through a feedback control loop that determines how the robots move, how fast they move, and toward which target they move,” Cui added.

Researchers created and presented three 3D print robots, referred to as meta-bots, with various capacities using their novel method. A robot can flee after making touch with another, another can navigate past S-shaped corners and haphazard obstructions, and a third robot can traverse uneven terrain and even make short leaps.

The researchers, the team behind this study, have invented a method of creating the materials for robots, allowing people to build their own models and print the components straight into a robot.

This has the potential to one day give everyday people the ability to create their own robots at home.