Equities Fall on Risk Aversion with 2023, China Reopening in Focus 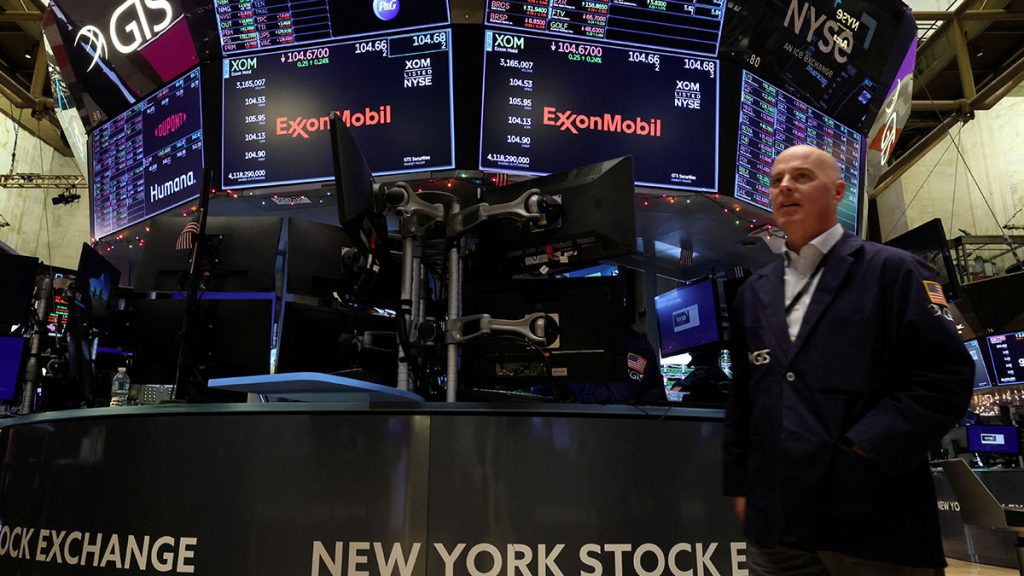 Equity indexes closed lower on Wednesday while U.S. Treasury yields rose as investors eyed 2023 with caution and weighed hopes for an economic boost from China’s relaxed COVID-19 restrictions against concerns about rising infections there.

In currencies, the dollar hit a one-week high against the yen with a boost from rising Treasury yields and sterling lost ground against the greenback after rallying earlier in the day.

The Nasdaq closed down 1.35 percent, hitting a new bear-market closing low for the technology-heavy index, as investors shied away from growth stocks and riskier bets. Wednesday’s loss marked a drop of more than 36 percent from Nasdaq’s November record closing high.

MSCI’s broadest index of global stocks was down 0.92 percent in the third-last trading day of a brutal year for equities. The global index is on course to end 2022 down more than 20 percent, for its biggest annual decline since 2008 during the financial crisis.

Investors were still digesting China’s announcement on Monday of the end to quarantine requirements for inbound travellers on Jan. 8. China’s health system has come under heavy stress since Beijing lifted domestic restrictions. But strategists at JP Morgan forecast a “likely infection peak” during the Lunar New Year holiday next month.

“The speed at which they have reversed their stance has caught people off guard,” he said. “People are skeptical because the last two years have been such a debacle in China.”

“Today there’s nibbling away at risk and selling for tax loss harvesting purposes,” said Sinha. “Markets have been going down for the course of December. There’s a negative sentiment and momentum already.”

Sinha sees “reasons why people want to sell” with 2023 presenting uncertainties around the Fed’s rate hiking path in terms of whether it can control inflation without damaging the economy.

“There’s no compelling reason to be on the other side. It exaggerates the price decline,” he said.

“If the 10-year gets to 4 percent, the flood gates are going to open, there will be a lot of buying at that level,” said Jay Sommariva, managing partner and chief of asset management at Fort Pitt Capital Group in Pittsburgh.

Oil prices closed lower but had regained some lost ground by settlement as traders weighed COVID news from China.

Gold prices dropped about 1 percent earlier in the session as higher Treasury yields weighed and after the precious metal reached a six-month peak on Tuesday.