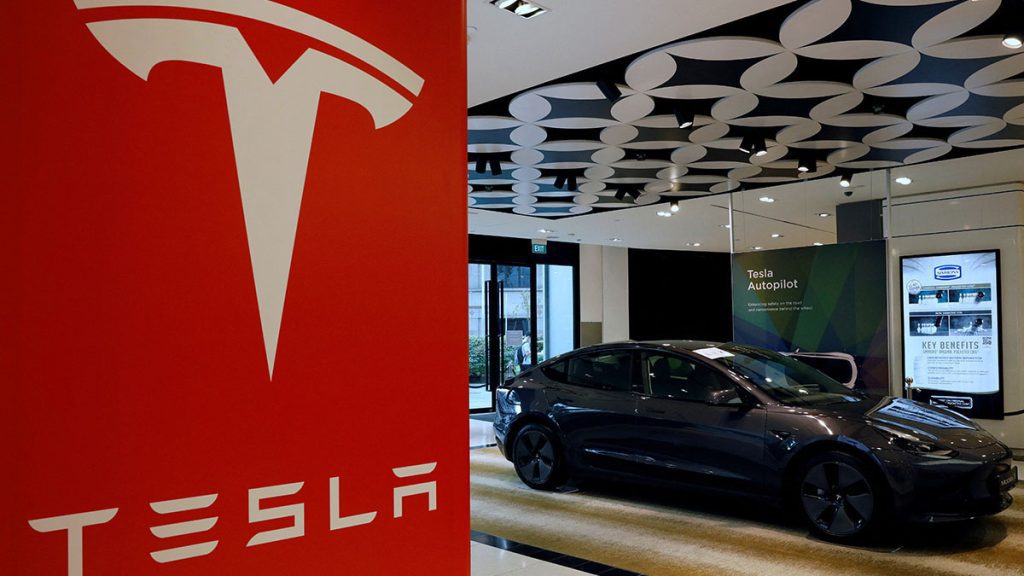 Shares of Tesla Inc snapped a seven-session losing streak on Wednesday, in their rare rise this month on the way to what will be the electric-vehicle maker’s worst year on record.

The stock gained 3.3 percent on the day. It is set to round off 2022 with a 68 percent drop – the most among the big U.S. technology firms – as fears mount over slowing demand in China and top boss Elon Musk’s growing distractions with Twitter.

“The shorts are piling on and the stock is way oversold here, which could drive a bounce-back rally,” Wedbush analyst Dan Ives said.

The company, whose meteoric rise over the last few years had burned many bearish investors, is the third most shorted stock in dollar value after Apple Inc and Microsoft Corp, according to financial analytics firm S3 Partners.

About 2.85 percent of Tesla shares, or $8.36 billion, are shorted, S3 Partners said, adding that short selling was up by more than 8.98 million shares this year due to a drop in the stock price, which was partly driven by Musk’s share sales to fund his Twitter purchase.

“When Tesla’s stock begins to tick upwards there should be a flurry of short covering … as shorter-term short sellers look to realize their outsized mark-to-market profits before they evaporate,” said Ihor Dusaniwsky, managing director of predictive analytics at S3 Partners.

Short sellers borrow shares to sell them on the open market in the hope of buying them back at a cheaper price and pocketing the difference.

There could be more short selling until a firm-priced floor is established, Dusaniwsky said.