EU Steps up WTO Case Against China over Patents, Lithuania 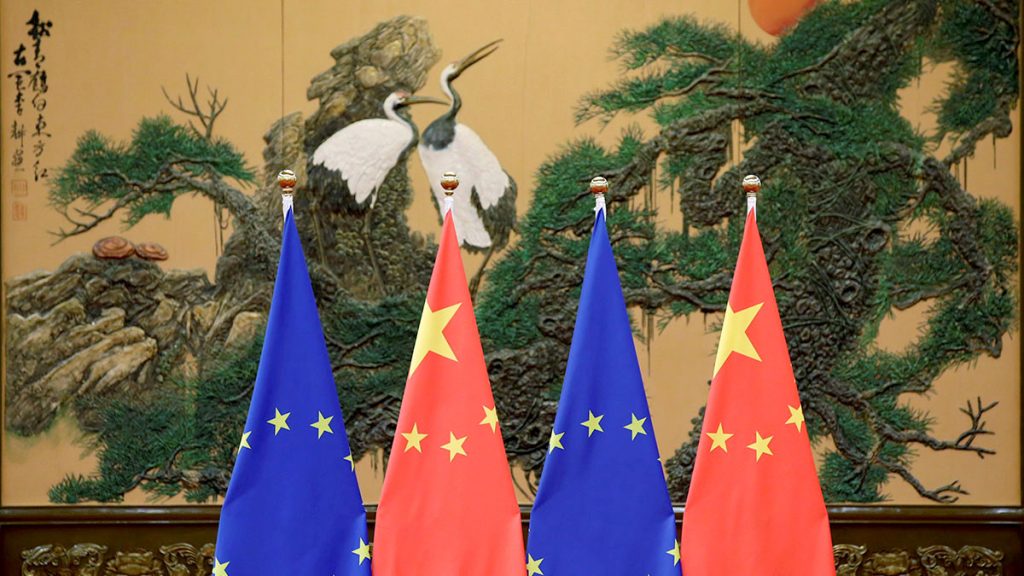 The European Commission said on Wednesday it had requested the formation of adjudicating panels at the World Trade Organization, the next step in two trade disputes with China after failing to resolve them bilaterally.

The disputes, both brought to the WTO at the beginning of the year, concern alleged Chinese restrictions on EU companies’ rights to use foreign courts to protect their high-tech patents and on trade with EU member Lithuania.

The EU executive, which oversees trade policy for the 27-member European Union, said both sets of measures were highly damaging to European businesses, with those against Lithuania disrupting intra-EU trade and supply chains.

The Commission formally requested consultations with China at the WTO, the first step in a WTO challenge. Such consultations rarely resolve disputes.

The EU executive said the WTO panels would likely be formed in early 2023, noting that panel proceedings can last up to one and a half years.

China will handle the EU’s trade disputes request in accordance with the WTO’s dispute settlement procedure, its commerce ministry said in a statement.

The panel requests come as the European Union reviews its stance towards China, seeing it increasingly as a competitor and system rival. Russia’s invasion of Ukraine has also led EU leaders to express concern about economic reliance on China, which has taken a more neutral stance on the conflict.

The United States and the EU held the third ministerial-level meeting on Monday of their Trade and Technology Council (TTC), designed to enhance regulatory cooperation and present a united front against China.

An EU official said the timing of the requests was not linked to the TTC, but reflected the work required to build both cases. In the Lithuania case, many of China’s actions were not published measures, which are typically the focus for WTO litigation.

The Lithuania dispute stems from China’s downgrading of diplomatic ties with the Baltic nation of 2.8 million people from December 2021, and pressure on multinationals to sever links with it, after it allowed Taiwan to open a de facto embassy in Vilnius.

The Commission said China had also placed import bans on alcohol, beef, dairy, logs and peat shipped from Lithuania on the basis of plant and food safety rules without proving the bans were justified.

The Chinese foreign ministry said in a statement on Thursday that accusations it was targeting Lithuania with “discriminatory measures” were “pure fabrications”. It did not elaborate.

In the other case, the Commission said Chinese courts had since August 2020 issued “anti-suit injunctions” that prevent European companies from seeking redress over standard-essential patents in non-Chinese courts, such as EU courts.