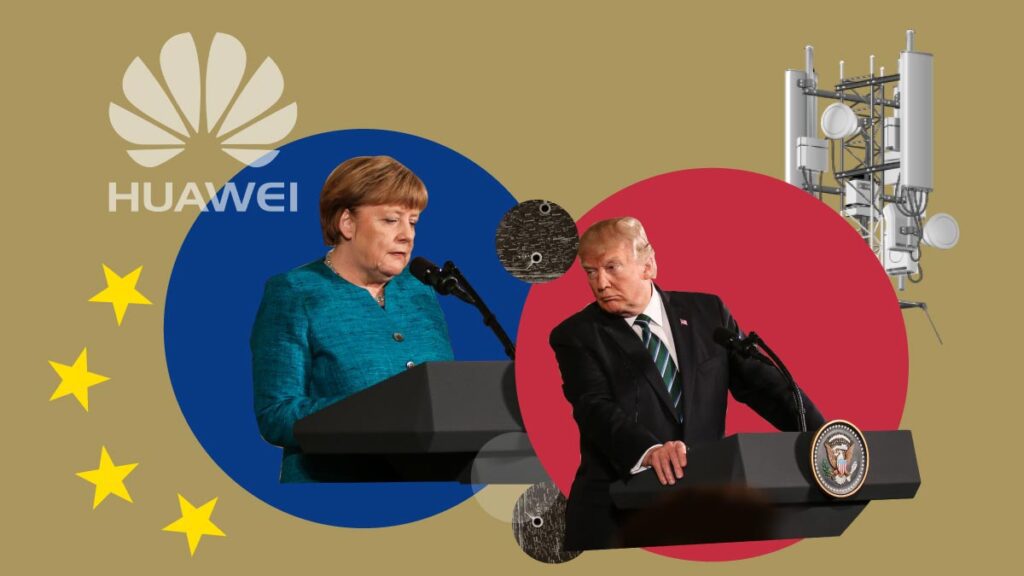 As reported, the draft bill looks to tighten security measures and protocols on all telecom vendors across the board on German land and will be presented in front of the Bundestag next month.

Merkel has faced a rebellion from her very own Social Democratic Party (SPD) members, led by Foreign Minister Heiko Maas, who have demanded a harder line on Huawei – as have the Social Democrats and opposition Greens.

However, the bill has been considered to be a bridge between the Chancellor and her coalition partners.

Germany joins the likes of Japan, and South Korea who have politely resisted U.S. pressure to ban the Chinese tech titan from its 5G future; while some of the world biggest economies, such as the U.S., UK, India and Taiwan consider Huawei to be persona non grata from their 5G endeavors.

This represents a blow to Washington’s diplomatic lobbying efforts, as it has relentlessly campaigned for more than two years to push its allies to stand clear of Huawei’s 5G equipment.

Meanwhile, Germany’s stance has handed Huawei its first major victory, as the country is one of the company’s key markets for expansion outside mainland China. Huawei deals with companies such as Vodafone and Deutsche Telekom, who have helped turn it into the world’s largest telecom equipment supplier.

The move paves the way for Huawei to lead the Fourth Industrial Revolution, as their 5G development and rollout efforts have greatly steamed ahead of their U.S. rival in exploiting 5G capabilities including self-programming industrial robots, remote-control mining, the development of smart city traffic management, telemedicine, and pandemic control.

Huawei expects to add the digitized medical history and real-time health monitoring of half a billion people outside China to its Cloud-based artificial intelligence (AI) systems during the 2020s. China’s dominance in 5G gives it a head start in developing next phase 6G broadband.

The German decision not to block any particular equipment provider from its 5G buildout was widely expected after Joe Biden beat Donald Trump in the U.S. presidential election. The president-elect’s advisers have stated in the past that it is “unrealistic to try to exclude billions of Huawei users from global communications networks.”