Impact of Technology in Politics: The Internet and Democracy 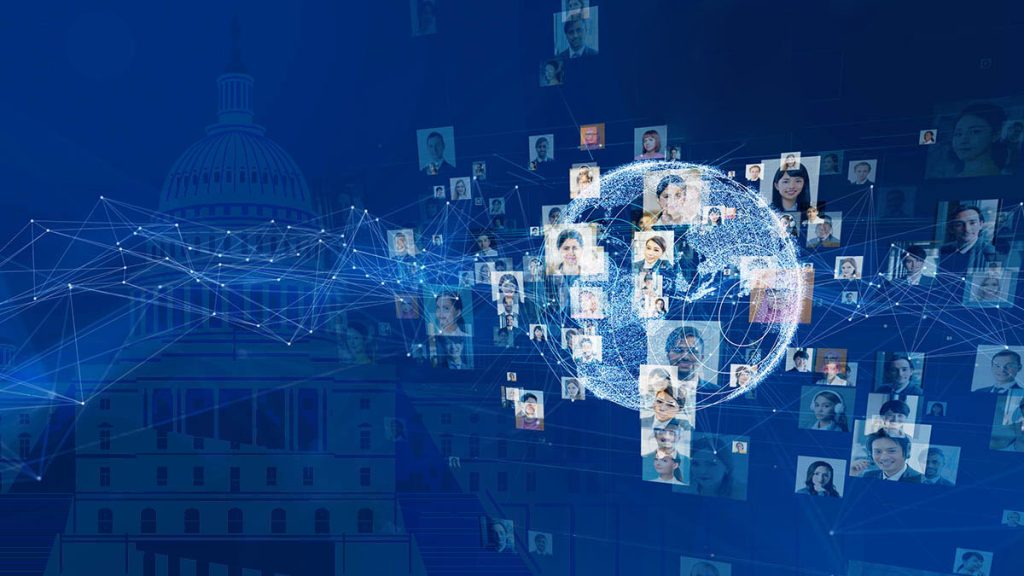 The potential effects of new information and communication technologies (ICTs) on democratic processes have resulted from the exponential growth of the Internet. Taking into consideration the complexities of democratic administration and the historical ramifications of the digital era, the debate’s scope concerning the impact of technology in politics is astonishing.

What is the Impact of Technology on Politics?

Let us portray a vivid image of what the future might look like, taking into consideration the present’s technological advancement in relation to democratic politics. In the past couple of years, the global political landscape has structured an illusional conceptualization that the only direction for technological development in politics is an upward one. Yet, one thing the Capitol riot proved to us is that this idea is extensively misleading. The relation between technological development and democratic politics is not always corroborative and valuable.

The impact of technology in politics is bringing new political manipulation for authoritarian figures to control the public’s opinion in certain aspects. The manipulation of information absorbed by the public, the endless monitorization of opponents to drive ulterior geopolitical motives, and the never-ending censoring of information have altered popular culture in its fusion with the political one.

At a time when technology can be used to breed constructive political change, politicians are abusing the endless offerings of innovation to guarantee political growth. Yet the main question remains, what is the impact of technology on politics? And does it generate any significant political change?

In that aspect, innovative technology and emerging means of communication indeed hold some kind of responsibility regarding how politicians abuse it. The fact that technology has become worldly accessible opens the way for its accessibility to whoever wants to use it for ulterior motives.

New strategies are emerging to deal with the intense technological adoption with various parties using and abusing the endless possibilities of the digital age. It was an inevitable age to rise, and with it came the inevitability of it being used for political motives and endeavors.

Just as there are people who think the impact of technology in politics is a positive one, others differ in opinion. The public’s view is contradictory in that aspect, with some believing that countries and authoritarian figures with access to advanced technologies are weaponized with the needed tools to influence citizens negatively. Internet access to the whole world has made it easier for political parties to impact the public’s perspective with falsified rumors and information. And this is mostly doable because of social media platforms such as Facebook, Instagram, TikTok, and more.

The continuous development of technology has had a remarkable impact on politicians’ triumphs, especially their role in influencing economic growth. Digital tools carry the knowledge to ease economic growth through innovative ways of production. While political candidates can use technology in different ways to influence the development of public opinion, social media platforms, specifically, can carry the whole weight of persuading people, which in its own form can increase the rating of political candidates.

Whether the world is willing to acknowledge this or not, the impact of technology in politics, specifically the internet, is deemed the most powerful tool for political races. By adopting technological means, politicians have the tools to fund their campaigns, obtain political scholars, and further promote them without paying for advertisement, as everything can happen via social media platforms.

One of technology’s most influential effects on politics is the financial aspect, as it helps federal candidates allocate funds during any election. The internet is an integral element in garnering funds through advertisement via technological shopping, as well as paving the way for applicants to gather proper donors to endorse numerous features within their operations.