AI Is Everywhere! It's Catching up! 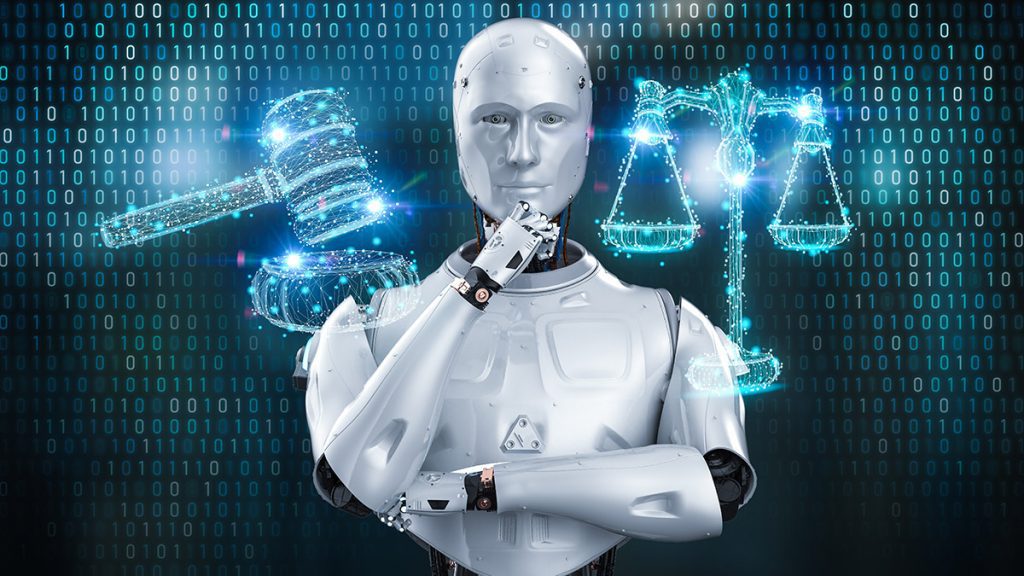 What started as a fantastic concept in the first half of the 20th century quickly became a part of humans’ daily lives, from home to work and everywhere. In 1950, Alan Turing proposed the possibility of computing machinery to emulate human learning, now known as “machine learning” (ML). However, it wasn’t until five years later that humanity witnessed the first real step toward artificial intelligence (AI) with Allen Newell, Cliff Shaw, and Herbert Simon’s, Logic Theorist. These innovators created a Research and Development (RAND) Corporation-funded program designed to mimic human problem-solving skills. Today, AI has come a long way with its integration everywhere, and we do mean everywhere, from digital art to targeted advertisements.

It is one thing to be a stereotype-defying individual who gets a law degree despite everything and another to be an inanimate object playing “Better Call Saul.” Obtaining a lawyer in this day and age would cost you an arm and a leg, even maybe an eye. So, the average joe either does not have the resources for a competent lawyer or the knowledge to navigate the ins and outs of the justice system on their own.

As a result of the rising cost of legal representation, Joshua Browder founded, in 2015, the first application through which drivers appeal their parking tickets automatically, DoNotPay. The app has tremendously evolved from there. The app DoNoTPay has recently added a new feature that allows users to negotiate bills and cancel unwanted subscriptions easily. Furthermore, the app’s new goal is to represent a defendant in a real-life court setting. And it is going to get its day in the sun soon enough. The creators of the AI chatbot recently disclosed plans to provide an anonymous person with a smartphone linked to their new application for their upcoming court date. Then, as the defendant contests a speeding ticket, the AI will listen to the hearing’s proceedings and provide them with every response to give the judge via an earpiece.

Have you ever felt like you are watched? Like your every step is being monitored? No? Enjoy that freedom while it lasts because AI has entered the human resources department, and it looks like it’s only suffocated from there. While the technology has its perks regarding timesaving, it brought some less-than-ideal features.

Recruitment professionals may have to find another career track because AI can forecast which job applicants would fare well in a given role and fast-track them to an interview. This situation is bad news for everyone, except those benefitting from the bottom line. You see, AI’s approach to recruiting is very “cookie cutter.” While that is not bad in and of itself, it only gives some a fair chance at a job. Furthermore, the technology has shown biased, so much so that as of the beginning of this year, policymakers enforced laws in New York City and California to regulate the use of AI. New York will require an audit against bias, and California will expand its data privacy law to address data security issues in AI.

This version of AI is excellent news for socially awkward folks. You no longer have to deal with other human beings; an AI takes your orders for you! Yum Brands, the parent company of Taco Bell, recently revealed that it is trialing a conversational AI bot that takes orders in the drive-through lane. The chain might be able to automate ordering with the AI voice bot.

Furthermore, early in 2022, Popeyes and Panera Bread started working with OpenCity, a startup that boasts an AI-powered voice assistant for drive-thrus. Its name is Tori, and it claims that it will help increase food sales, decrease food wait times, and improve order accuracy. According to the US Labor Department, robotics and AIs in the food industry directly result from a crippling labor shortage, as restaurants across the US have hundreds of thousands of fewer employees than they did two years ago.

Other uses for AI in the restaurant industry include leveraging AI-powered vision to monitor drive-thru efficiency. Companies like Plainsight offer their services to restaurants mitigating lost revenue due to long wait times leading to customers leaving.

Will the Fake Rapper Please Stand up

Rap music is one of the significant pillars of music in general. It consists of intricate structures and complex rhyme patterns that require sophisticated language and lyrical skills to generate. Some of the top rappers of all time are Tupac, Snoop Dogg, and Eminem. Everyone wants to be them, but none can even come close. Here’s where DeepBeat, the AI rap lyric generator, comes in. DeepBeat tackles the challenge by first looking at rap lyrics and then predicting the following line. These predictions are then combined to merge lines from existing songs into new rhythms. Based on the reviews garnered, the technology is not winning any Grammys just yet. Not that those awards are proper measurements of musical greatness.

Three different metrics were used to assess performance. The algorithm was given 299 randomly chosen lines to select the following lyric. The outcome was a 17 percent accuracy, which is 50 times better than chance. Second, DeepBeat outperformed human rappers by 21 percent using the rhyme density metric (mathematical details). Finally, user data from the DeepBeat online tool was examined, and machine selections were compared to lines people actually preferred.

I’m all for utilizing AI to make my life easier, but its integration everywhere is sometimes becoming ridiculous. We are effectively erasing the human touch in the name of capitalism and automation. How long will it be before AI technologies completely take over specific jobs that the higher-ups deem unimportant to fatten up the bottom line without considering the lives of the replaced workers? This story is not Charlie and the chocolate factory. It doesn’t end on a happy note where the guy that lost his job against automation was hired to fix said automation. Favoring AI permanently changes real lives. Don’t get me wrong; AI is not inherently evil. Nevertheless, we must be careful about how and when we apply it. Just because there is a solution, although the problem it relates to is nonexistent, doesn’t mean we have to apply.

Inside Telecom provides you with an extensive list of content covering all aspects of the tech industry. Keep an eye on our Intelligent Tech sections to stay informed and up-to-date with our daily articles.