Published 2 Months Ago on Tuesday, Oct 04 2022
By Mohamad Hashisho 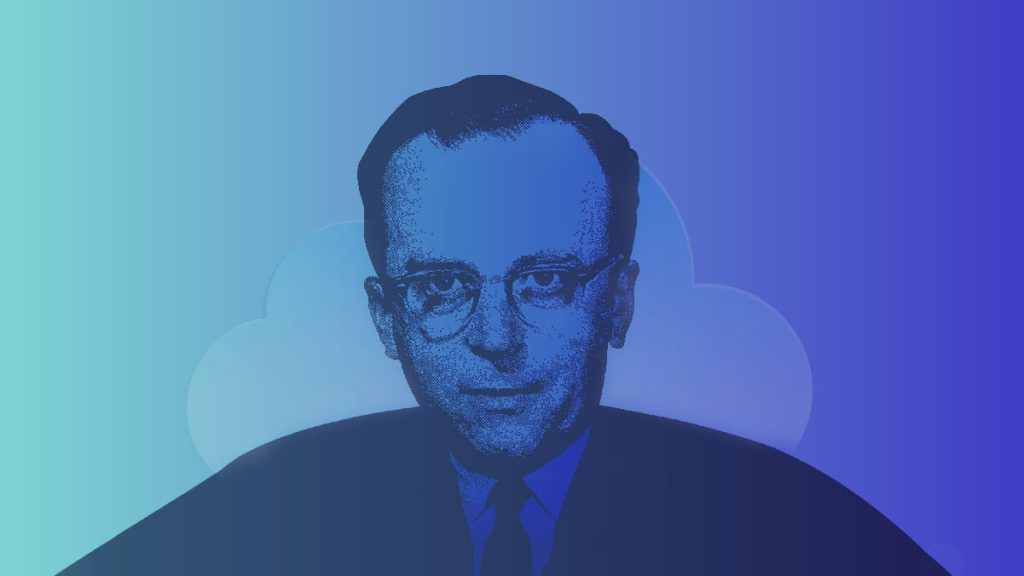 Who is the father of cloud computing

Doctor Joseph Carl Robnett Licklider was the pioneer and formulated the earliest grasp on the global networking idea. Time after time, he showcased great mastery of the science of computing. Well respected and revered, Licklider had far-sighted ideas ahead of his time. He is responsible for the foundation of many features of our current day internet. From user-friendly interfaces to cloud computing and all that’s in between, Licklider never failed to deliver the most extraordinary innovation.

Additionally, in 1963 while assuming the role of director at the U.S department of defense advanced research projects agency (ARPA), Licklider struck gold. Through an imposing and detailed plan to challenge the time-sharing network and communication as we know it, Licklider created ARPAnet. Before his work, People thought of computers as just machines to finish Mathematical chores and tasks, but throughout his career, Licklider unlocked the communication aspect of computers.

Finally, in the late 1960s, Licklider envisioned a world in which everyone was connected to a grid of computers—granting people the ability to access programs and data regardless of location. ARPAnet is considered the predecessor of the internet, and it served as the foundation for the internet we know today.

What Did the Father of Cloud Computing Create?

Besides laying the foundation of cloud computing and the internet, the ideologies and theories that Joseph Carl Robnett Licklider developed concerning computing and information technology. With his ideas on creating a galactic network, he also contributed to funding the creation of the systems that gave rise to modern computers and the foundation for the internet. LickLader envisioned the future of what is conceivable and defined what would be required to achieve it at a time when computers needed analog controls and assumed the entire room. Even among the first academics to make predictions about the development of artificial intelligence

Furthermore, Licklider published this article in 1951 for a project with the Department of Defense. The theory and how it is precieved is described by the article. This paper describes the earliest known recording of binaural audio recognition using mathematical theory and the fundamentals of sound. This paper cemented J.C.R. Licklider’s reputation as a recognized expert in psychoacoustics.

The Intergalactic Computer Network’s Members and Affiliates, a memorandum

Finally, we have the famous memo sent to all the localized small research organizations across the nation. It benefited from funding and assistance from ARPA’s IPTO. The memoires outlined early cloud storage and distributed network applications across what he called a galactic network. It also hypothesized the requirement for global interoperability. He also added the need for higher-level computer languages, issues with managing memory, and the need for creating international norms and standards.

The father of cloud computing lived a long and fruitful life. Academically eventful life, he was loyal to his wife, Alberta Louise Carpenter. The couple had two children, and after a long life-giving to the world. innovating technology with each effort he could, Licklider passed away in 1990. The same year, ARPAnet, his most prized invention, was shut down. Even though it is a point of contention as to who coined the name or even who was an influential figure, it is safe to say that Licklider is the father of cloud computing as we know it. The internet today stands on the ruins of his creation.

Lastly, the world of cloud computing is vast and offers many opportunities to gain experience and achieve greatness. From cloud storage to cloud gaming, entertainment and efficiency combine to form endless possibilities. The world is currently trying to get the best out of cloud computing, and hopefully, it is safe to say it is succeeding. There are drawbacks and even skeptics, but it is a healthy incentive to push great minds like Licklider to do more for the community and the world.

Inside Telecom provides you with an extensive list of content covering all aspects of the Tech industry. Keep an eye on our Community section to stay informed and updated with our daily articles