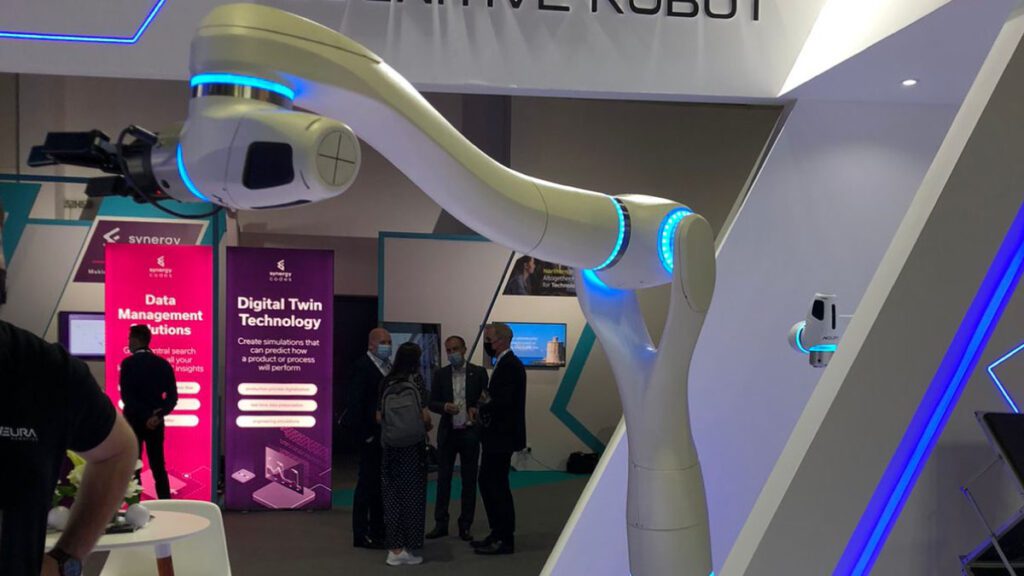 Neura Robotics, a high-tech robotics startup based in Germany demonstrated in its booth various robot models, with one taking all the attention, the world’s first cognitive robot, Maira.
Maira mirrors the human experience with its sensory features as it can smell, feel, listen, and even see people in front of her.

Inside telecom conducted a brief interview with its CEO David Reger:

1. How can robots like “Maira” help humans away from cleaning a house or serving a drink?

Robots will help anyways by using it in several discipline. For example, we have a very big need in the older people’s homes which can benefit by staying longer at homes without going personally into homes.

They can help and support you by giving you a drink and serving you all the time. In addition, people can have fun with the robot and play any kind of games with it. The robot can play any games that understands it because it has a logic that comes out of artificial intelligence (AI), which is the key that drives everything.

2. Would you consider a robot a threat by rebelling against humans someday as a software of program?

It is not the case with those robots because we gave them some rules: never touch and hurt humans, that is why we have sensors inside the robots that are considered the first sensors in the world that detect people and know what humans are, while all robots in the world don’t know what is a human because there is no system inserted in them that knows what’s human.

So we created the first robot in the world to know what is a human by having the sense, doing it in a redundant and diverse way in order not to have any mistakes or failures.

The other thing is that you can do a weapon with hat robot, but we serve humanity by helping them not destroying them.