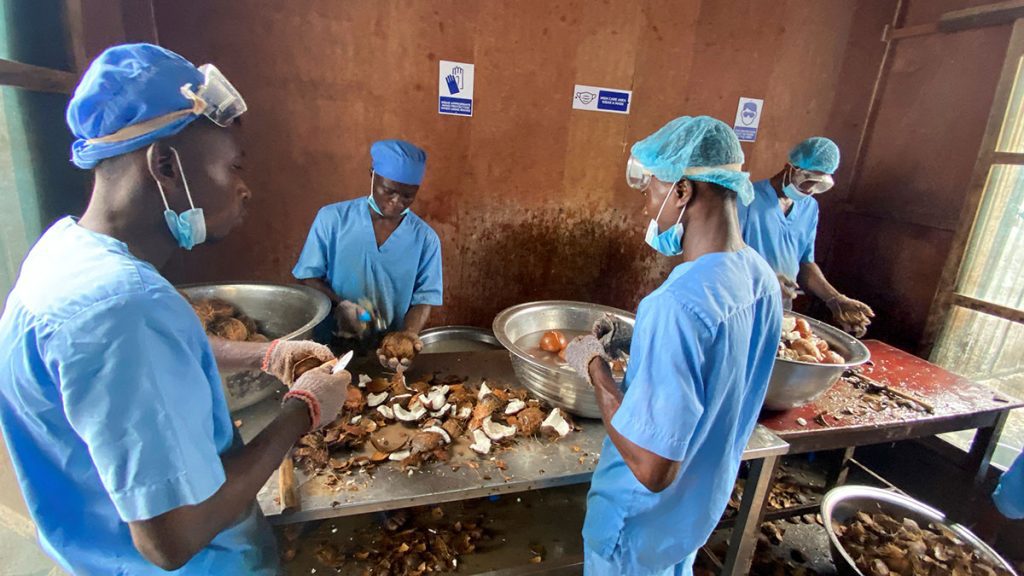 At Nigerian snack company ReelFruit’s Lagos warehouse a woman places handfuls of dried mangoes in bags and workers hammer open coconuts to scrape out the flesh. The company is expanding production and exports after a $3 million investment.

ReelFruit is part of a burgeoning group of female-founded Nigerian startups attracting investor cash as women stake more claim to the funding and as some financiers look to support female-led companies and redress a gender gap.

Africa’s female-founded companies got just 3 percent of the $1.7 billion invested in the continent’s startups in the past decade, according to emerging market intelligence firm Briter Bridges. But last year, equity rounds from female-founded African startups raised $834 million, a 284 percent increase and 20 percent of the total.

ReelFruit is led by 36-year-old Affiong Williams, who said securing major cash was an arduous process.

“The difficulty is that maybe in the areas where a lot of money is flowing to, women are not represented,” she told Reuters. “And I think that’s what needs to change.”

Much of the money invested in startups heads to technology and finance projects.

Ifeoluwa Dare-Johnson, co-founder of Healthtracka, said fundraising for her company, which aims to make medical diagnosis accessible and affordable, was also a bumpy journey.

After pitching to one group of investors, Dare-Johnson said she was quizzed about her family, and how she would manage to combine her role as a mother with her work – questions she doubts male founders are asked.

“I felt quite insulted honestly… insulted and also amazed at their ignorance,” she said, adding that their attitude was what “stops so many women from reaching out and just being more ambitious.”

In June, Healthtracka, which now delivers more than 1,000 tests a month in ten Nigerian cities, raised $1.5 million. Dare-Johnson said closing the funding gap is crucial for all of the continent’s consumers, who would benefit from products designed and manufactured by women.

“I think that we’re robbing the world of a balanced view, a balanced product, a better product, if we leave one gender out of it,” she said.