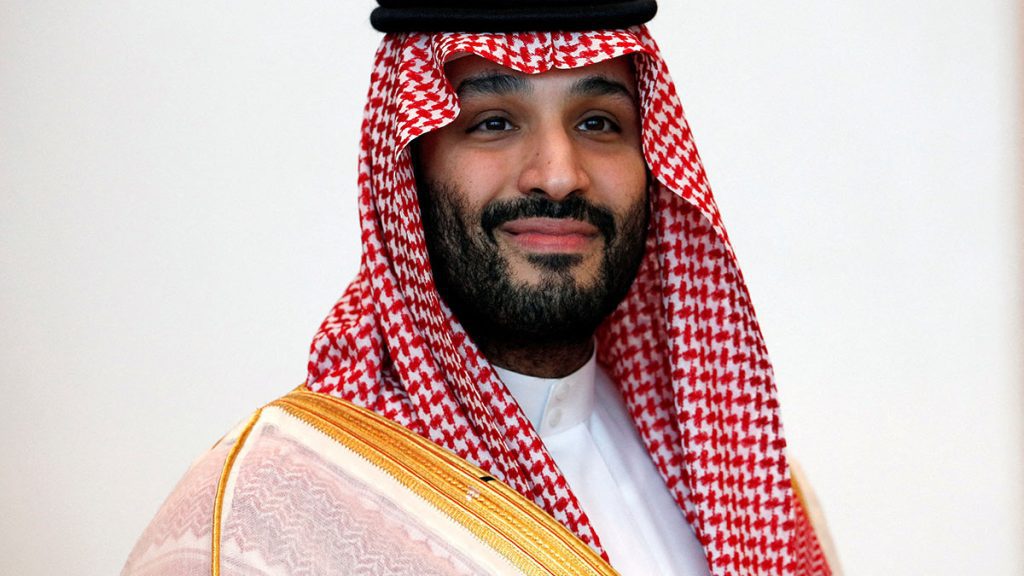 Crown Prince Mohammed bin Salman hosts China’s leader this week at a delicate moment in U.S.-Saudi ties, signalling Riyadh’s resolve to navigate a polarised global order regardless of the wishes of its Western allies, analysts said.

The ruler of the oil giant has made a comeback on the world stage following the 2018 murder of Jamal Khashoggi, which cast a pall over Saudi-U.S. ties, and has been defiant in the face of U.S. ire over the kingdom’s energy policy and pressure from Washington to help isolate Russia.

In a show of strength as an aspiring leader of the Arab world, Prince Mohammed will also gather rulers from across the Middle East and North Africa for a Chinese-Arab summit during the visit by President Xi Jinping expected to start on Tuesday.

“Riyadh is working according to strategic calculations that it must accommodate Beijing, as it is now an indispensable economic partner,” said Ayham Kamel, head of Middle East and North Africa at Eurasia Group.

Though the United States remains partner of choice for Gulf states reliant on it for their security, Riyadh is charting a foreign policy that serves its national economic transformation as the world pivots away from hydrocarbons, Saudi’s lifeblood, the analysts said.

“There is certainly a risk that expanding relations with China backfires and lead to a (further) split in the U.S.-Saudi relationship… but MBS is certainly not pursuing this out of spite,” Kamel said.

Xi’s visit comes at a time when U.S.-Saudi ties are at a nadir, uncertainty weighs on global energy markets with the West imposing a price cap on Russian oil and as Washington warily eyes China’s growing influence in the Middle East.

The Saudi government did not respond to requests for comment on Xi’s visit and its agenda.

In a sign of irritation with U.S. criticism of Riyadh’s human rights record, Prince Mohammed told The Atlantic magazine in March that he did not care whether U.S. President Joe Biden misunderstood things about him, saying Biden should be focusing on America’s interests.

He also suggested in remarks carried by Saudi state news agency SPA that same month that while Riyadh aimed to boost its ties to Washington it could also choose to reduce “our interests” — Saudi investments — in the United States.

Beijing has also been lobbying for use of its yuan currency in trade instead of the U.S. dollar. Riyadh had previously threatened to ditch some dollar oil trades to confront possible U.S. legislation exposing OPEC members to antitrust lawsuits.

U.S.-Saudi ties under Biden’s administration, already strained over human rights and the Yemen war in which Riyadh leads a military coalition, have frayed further due to the Ukraine war and OPEC+ oil policy.

Diplomats in the region said Xi would have a lavish reception akin to the one shown then-President Donald Trump when he visited the kingdom in 2017, and in contrast to Biden’s awkward visit in July that had aimed to mend ties with Riyadh.

Trump was met by King Salman at the airport amid fanfare while clinching over $100 billion in contracts for U.S. military industry. Biden, who once vowed to make Riyadh “a pariah” over the Khashoggi killing, had downplayed his meetings with Prince Mohammed, to whom he gave a fist-bump rather than a handshake.

The Chinese delegation is expected to sign dozens of agreements with Saudi Arabia and other Arab states covering energy, security and investments, diplomats have told Reuters.

Prince Mohammed is focused on delivering his Vision 2030 diversification plan to wean the economy off oil by creating new industries, including cars and arms manufacturing as well as logistics, though foreign direct investment has been slow.

The kingdom is investing heavily in new infrastructure and megaprojects in tourism and initiatives like the $500 billion NEOM zone, a boon for Chinese construction firms.

Saudi Arabia and its Gulf allies have said they would continue to diversify partnerships to serve economic and security interests, despite U.S. reservations about their ties with both Russia and China.

Prince Mohammed wants to demonstrate to his own constituency that the kingdom is important to many global powers, said Jonathan Fulton, non-resident senior fellow at Atlantic Council.

“Perhaps he’s signalling to the U.S. as well, but…he’s more concerned about what people within the kingdom think.”

Biden pledged “consequences” for Riyadh after the OPEC+ output move but Washington has since reiterated its support for the kingdom’s security, with U.S. officials stressing the U.S. “comparative advantage” in building integrated defence structures in the Gulf.

White House national security spokesman John Kirby told reporters on Wednesday that Washington wants to make sure that its “strategic” relationship with Riyadh was working “in our best interests”.

U.S. officials have declined to comment when asked about Saudi-China bilateral relations ahead of Xi’s visit.

Washington has voiced concern over Gulf Arab use of Chinese 5G technology and Chinese investments in sensitive infrastructure like ports, including in the United Arab Emirates which halted a Chinese port project due to U.S. concern.

Riyadh and Abu Dhabi are buying Chinese military equipment and a Saudi firm signed a deal with a Chinese company to manufacture armed drones in the kingdom.

Saudi analyst Abdulaziz Sager, chairman of Riyadh-based Gulf Research Center, told Saudi TV Asharq News that Arab states wanted to tell Western allies that they have alternatives and their relations are primarily based on economic interests.

Though Saudi ties with China appear to be growing “much more quickly” than with the United States, the actual relationships are not comparable, said Jon Alterman, director of the Middle East programme at Washington’s Center for Strategic and International Studies.

“The relationships with China pale versus those with the United States in terms of both complexity and intimacy,” he said.