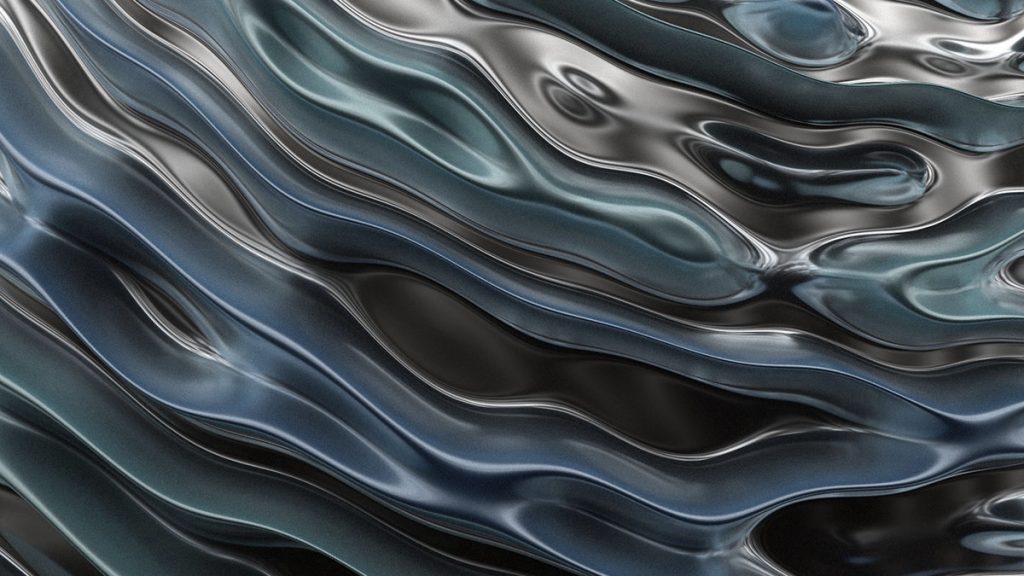 At this point, the 90s and early 2000 sci-fi movies have scripted the future of technology. Remember the flying cars from “Back to the Future”? And do you remember the shape-shifting metal in T-1000 from “Terminator 2: Judgement Day”? If yes, this innovation may be a déjà vu. In 2015, researchers at China’s Tsinghua University were excited to have discovered a liquid metal alloy’s shape-shifting and self-propulsion abilities.

Before we get into the nitty-gritty of the whole mechanism, let’s talk about gallium.

Gallium does not occur naturally as a free element but in trace amounts as gallium (III) compounds in zinc ores and bauxite. As such, it belongs to the periodic table’s group 13 and is chemically similar to the other group metals (aluminum, indium, and thallium). At standard temperature and pressure, gallium is a soft, silvery metal. But it becomes silvery white when liquid. Gallium alloys, which can withstand higher temperatures than mercury, are used in thermometers as a non-toxic and environmentally friendly alternative to mercury. Gallium is predominantly used in electronics (i.e., microwave circuits, high-speed switching circuits, and infrared circuits). As a result, gallium is considered a technology-critical element by the United States National Library of Medicine and Frontiers Media.

The minds behind the device, Professor Liu Jing and his team at China’s Tsinghua University, made it from a drop of a metal alloy, mostly gallium. They discovered that an applied electrical current causes the gallium alloy to alter its shape drastically. Accordingly, changing the voltage applied to the metal allowed it to ‘shape-shift’ into different formations. Nevertheless, when the current was switched off, the metal returned to its original drop shape. But the team made their most significant breakthrough when they realized that bringing it into contact with a flake of aluminum caused a reaction creating hydrogen bubbles that allowed it to move of its own accord. Liu said it could ‘fuel’ itself for about an hour.

What Do I Do with It?

You, as an individual with very limited resources? Probably nothing. But the scientists out there with enough funding to revolutionize the robotics field? The possibilities are endless (that statement is perhaps mathematically inaccurate).

In 2017, scientists from the University of Sussex and Swansea University invented a method to morph liquid metal into 2D shapes (e.g., a heart or letters) using an electrical charge. This team’s research could open up new ventures in soft robotics, intelligent electronics, computer graphics, and flexible displays. Since the electric fields are programmable through a computer, programers can program and control the position and shape of the fluid dynamically. Since it can dynamically transform from a simple droplet shape to various other complex geometry in a controllable manner, applications could include reprogrammable circuit boards and conductive ink.

Carmel Majidi, Michael Dickey, and James Wissman, mechanical engineers at Carnegie Mellon University, were looking at new methods to create digitally functional electronics that are soft and deformable. Asa result, they created a metal alloy that is a combination of indium and gallium that is liquid at room temperature. In addition, it has the potential to enable liquid metal transistors, flexible circuitry, and possibly even self-repairing circuits in the distant future. Similar to a traditional transistor, it would only take two drops of this liquid metal to form or break a circuit, thereby opening or closing an entry. Even better, it only requires 1 – 1 0 volts of voltage. In addition, it can be infused with rubber to make circuits that are as soft and elastic as natural skin.

In early 2020, Chinese researchers at Tsinghua University team developed a liquid metal material that was so light that it could float on water. According to the report in New Scientist, the researchers believe it has potential to build lightweight exoskeletons and shape-shifting robots.

Tsinghua University researchers, like those at Carnegie Mellon, used a gallium and indium mixture for their material. The team stirred air-filled glass beads into the liquid to make it float. Despite its extremely low density, the liquid metal material maintains excellent conformability, electric conductivity, and stiffness variety under temperature regulation, according to the paper “Lightweight Liquid Metal Entity,” published in the journal Advanced Functional Materials.

Hollywood fantasy aside, this technology is brilliant. It pushes humanity closer to the future. Nevertheless, this innovation seems to be at a standstill. There isn’t much information about its further development and application. It does pop up here and now but less dominantly than one would think. If our experts manage to expand on this idea, the applications could be unique. For example, this innovation could be a power source alternative since it transforms chemical energy into a mechanical one. In some cases, its buoyancy would make it ideal for maritime use. What is really exciting, too, is all the ventures it could be a part of wearable technology for people with disabilities.