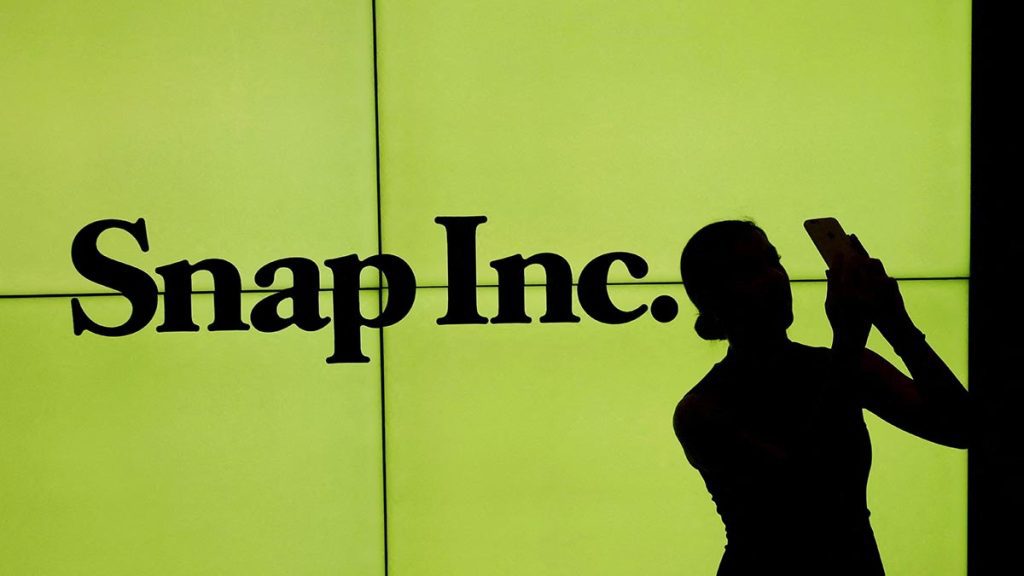 Snap Inc on Thursday forecast no revenue growth in the typically busy holiday quarter, sending a warning signal that rising inflation and the war in Ukraine could hurt other tech companies dependent on advertising revenue.

The owner of photo messaging app Snapchat is the first of the major tech firms to report quarterly earnings, and the results cast a shadow for other platforms that rely on advertising revenue such as Facebook owner Meta Platforms Inc, Alphabet’s Google and Pinterest, which report their results next week.

Snap’s poor results follow a similarly disappointing second quarter, in which the company painted a grim picture of the weakening economy’s effect on the social media sector. Its stock was down 77 percent so far this year even before the latest dismal results.

Thursday’s results knocked over $4 billion off Snap’s market capitalization in trading after the bell.

Shares of other companies that sell digital advertising also dropped, with Meta Platforms down over 4 percent. Alphabet down 2.7 percent and Pinterest losing nearly 8 percent All together the sell-off in late trading erased over $40 billion in stock market value from internet ad companies.

In a letter to investors, Snap said inflation caused some advertisers to reduce their marketing budgets.

“We expect that the operating environment will continue to be challenging in the months ahead,” the company said.

The company said its internal forecast estimates that revenue for the fourth quarter, which includes the holiday season when advertisers ramp up activity, will be flat from the previous year. The ability to forecast future quarters remains challenging, Snap said.

The expectation of no growth in the fourth quarter was also a shock to investors. Wall Street had forecast 7 percent growth, said Brad Erickson, an analyst at RBC Capital Markets, in a note after the results.

Revenue for the third quarter ended Sept. 30 was $1.13 billion, an increase of 6 percent from the prior-year quarter. The figure narrowly missed analyst expectations of $1.14 billion, according to IBES data from Refinitiv.

Snap announced in August it would lay off 20 percent of all employees and discontinue projects such as gaming and a flying camera drone, in order to cut costs and steel itself against a deteriorating economy.

The Santa Monica, California-based company said it would refocus on growing its user base, diversifying its revenue sources and investing in augmented reality technologies, which overlay computerized images onto the real world.

The restructuring will help Snap “make as much progress as possible, as quickly as possible, in the areas of our business that we are able to control,” Snap Chief Executive Evan Spiegel said during a conference call with analysts.

Daily active users on Snapchat rose 19 percent year-over-year to 363 million during the quarter.

Snap said advertising revenue has historically followed the growth and engagement of its user base, and “we remain optimistic about our long-term opportunity.”

But as advertisers face an economic downturn, they are likely to consolidate their ad spending to fewer and stronger platforms, said Kelsey Chickering, principal analyst at Forrester.

“Unfortunately for Snapchat, their share of advertiser budgets will likely shrink further, as marketers shift into the most efficient and proven channels,” she said.

Snap is also exposed to advertisers in categories such as mobile gaming, financial services, streaming and media, “which seem to have pulled back their budgets,” said Wells Fargo Securities analyst Brian Fitzgerald.

Snap said it expects Snapchat daily active users to grow to 375 million in the fourth quarter.

Adjusted earnings per share was 8 cents during the third quarter, beating analyst expectations of breakeven.

The company on Thursday also announced a share buyback program of up to $500 million.

(Reporting by Sheila Dang in Dallas; Additional repoting by Noel Randewich in San Francisco and Yuvraj Malik in Bengaluru; Editing by Peter Henderson and Lisa Shumaker)