The Future of Grocery Shopping and Amazon Fresh 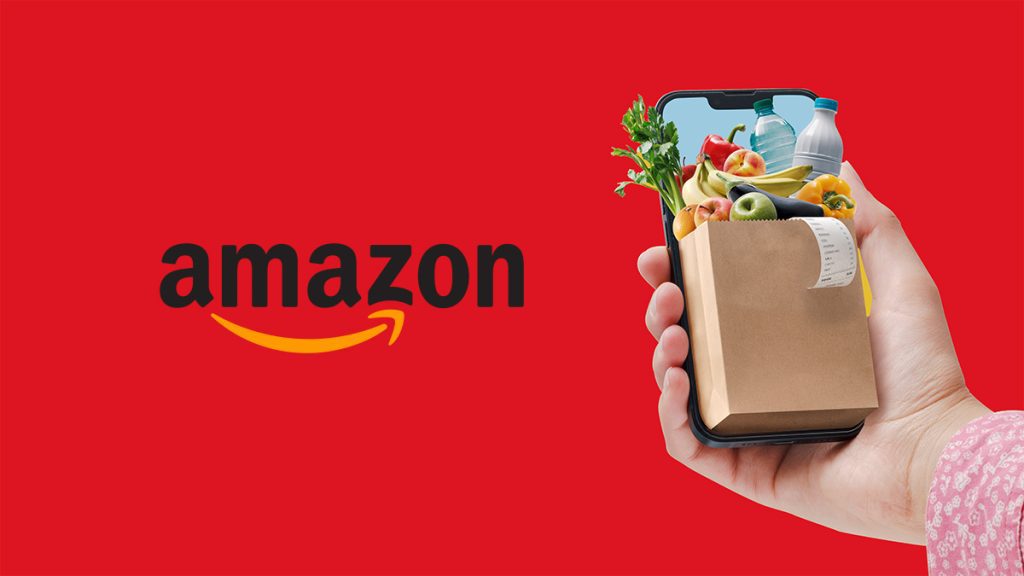 It has been over two years since Amazon made up its mind to change the future of grocery shopping and opened up its first Amazon Fresh store.  Now, they have shifted into high gear and opened up dozens of stores across the U.S., continually expanding into new cities.

Most recently an Amazon fresh grocery store held a grand opening In Chevy Chase in Maryland, and there are many more in the works.

How Does Amazon Fresh Work?

Amazon fresh is both a physical and online food store. There are real shop locations in a few states, despite the fact that it is most known for food delivery. Let’s talk about the delivery aspect since that is what most people are in it for.

Here is a brief summary of the details:

Just like Amazon, Amazon Fresh lets you order your groceries online both through the Amazon app and website, embracing the future of grocery shopping by making it identical to retail eCommerce. You may then do a search and add goods to your basket.

You select a delivery window at checkout. Adding a message with delivery instructions is also possible. In the absence of age-restricted items in your purchase, Amazon Fresh enables doorstep delivery if you can’t be there to accept it.

On the last page before you finalize your order, there is a tip box. You can adjust the default tip amount that Amazon Fresh inputs depending on the sum of your purchase if you wish to tip more, or less.

When your purchase is shipped, tracking is offered, along with a map displaying the current location of your order and the number of additional stops the driver must make before your delivery. In addition, Amazon notifies you when your item is going to arrive and after it has been delivered.

Amazon only introduced contactless technology at an 1,800-square-foot Amazon Go store in Seattle four years ago that allowed customers to leave a store without pausing at a checkout. Customers have the option to enter the store, browse for the things they desire, and then quickly leave thanks to Amazon’s Just Walk Out (JWO) technology. Amazon One, a contactless method for consumers to enter, identify themselves, and pay using their palm, is another alternative available to shoppers utilizing Just Walk Out. Customers who use the Just Walk Out service are given a digital receipt as they exit the business.

The firm announced in September that it would introduce JWO to full-size supermarkets, including some Whole Foods Market and Amazon Fresh locations. The timing of Amazon’s expansion of contactless payment alternatives with its JWO invention in 2022 couldn’t be better and is paving the way for the future of grocery shopping. Consumers now choose inventions like JWO because of their perceived ease and safety as a result of the epidemic. Customers throughout Amazon’s food ecosystem are telling the company that they want to avoid the trouble, stress, and pandemic-unfriendly crowds that are associated with checkout queues.

Amazon’s system, which is driven by artificial intelligence (AI), has the potential to significantly cut Amazon’s labor costs while also enhancing inventory control and overall, in-store operations. Additionally, it seems reasonable that the firm would want to demonstrate JWO technology’s potential in as many locations as possible while other merchants consider purchasing the technology. The British grocery chain Sainsbury’s and the operator of airport convenience stores Hudson Group are two examples of third-party clients that Amazon works with to enable certain stores with Just Walk Out technology, according to Bloomberg.

Amazon Go also partnered with Starbucks to launch a new store concept utilizing Just Walk Out technology. Amazon One is now accessible in more than 70 physical Amazon retail shops, Whole Foods Market locations, as well as other places – while Amazon Fresh is prepared to expand its availability in more of those outlets.

A Paradigm in the Future of Grocery Shopping

Amazon was still increasing sales by double digits from the pandemic-high levels of 2020 when it released its fourth-quarter earnings report on February 3. Amazon said that net sales rose 9 percent to $137.4 billion. Profits almost doubled, with net income rising to $14.3 billion. Amazon also stated that sales at its physical stores, which include the grocery chains Whole Foods Market, Amazon Fresh, and Amazon Go, increased by 16 percent during the third quarter (Q3). For the third consecutive quarter, the company’s physical stores saw double-digit growth.

According to Amazon CEO Andy Jassy, the business is experiencing increased expenses driven by labor supply constraints and inflationary pressures. COVID-19 variant, Omicron, is largely the reason why these problems will continue into the first quarter (Q1) of the upcoming year. However, he did say that they were optimistic about the coming business opportunities as the world recovers from the pandemic despite these immediate difficulties.

Since the company’s Initial Public Offering (IPO) in 1997, Amazon has consistently promoted the “short-term pain for long-term gain” growth strategy, which occasionally dissatisfies investors but instills dread in the hearts of rivals.

According to the corporation, fourth-quarter (Q4) revenue would climb between 4 percent and 12 percent over the previous year. According to the business, more than 6,000 employments would had been generated by Amazon Fresh outlets by the end of 2021, painting a colorful picture for the future of grocery shopping.

Ordering groceries online is nothing new by itself, but with the additional technologies and efficiencies, as well as the quality assurance offered by a big brand like amazon, the bar is lifted. No doubt other small competitors and retailers will attempt to rise to the occasion and provide even better solutions that will continue to save the future of grocery shopping. For the time being, Amazon Fresh seems to have stuck its flag in a very lucrative market.