The global fight to regulate 5G is happening right now 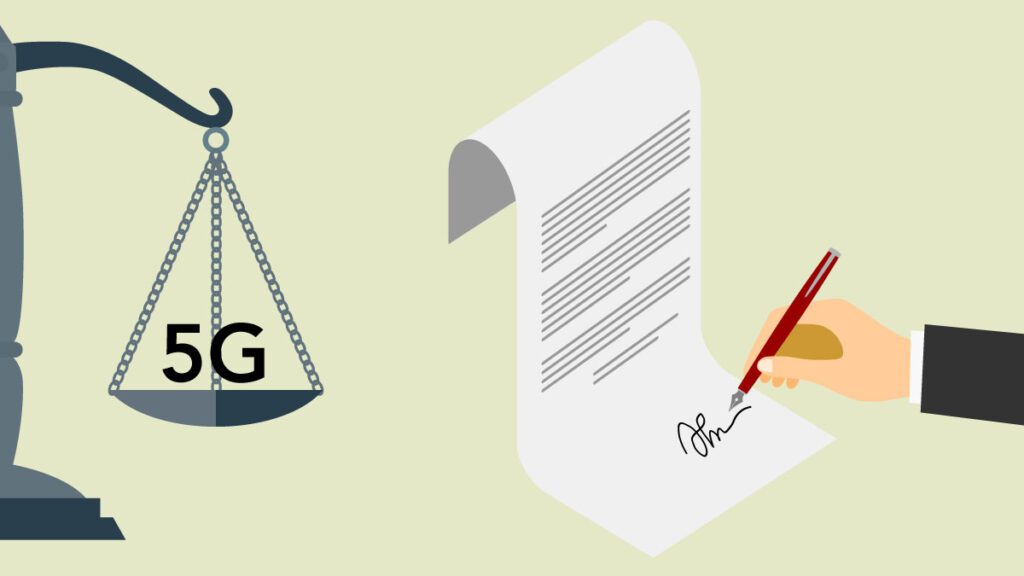 Almost everywhere you look, there’s a story about 5G and its impact on humanity from every conceivable aspect.

The fifth generation of mobile networks has dominated tech headlines far and wide, where every telco, tech news outlet, and private tech firm has flooded the Internet with 5G content as far as the finger can click.

No one is challenging the basis of these claims since they’re true.

Ubiquitous 5G coverage will proliferate new services and will be necessary to accommodate the growing Internet of Things (IoT), which provides constant broadband connections to a variety of new devices and applications.

From telcos and ISPs to startups and governments, retailers harnessing the power of machine learning, all business models and operations will be touched by a new era of ultrafast connectivity, and an explosion of devices.

Investors from all walks of life are looking at each and every opening to sync their teeth into a newly connected future that promises major returns, no matter the industry.

Because of that, 5G will not be a niche regulatory issue – all parts of the global economy and political landscape will be affected.

The 5G race is currently in its prime both domestically and internationally; which is why governments around the world are starting to take action to spur deployment while simultaneously looking at regulatory solutions to remedy privacy, security, and safety concerns.

Thus, the impact of regulating the fifth generation of mobile networks will cause a ripple effect shaping how we deal with the technologies of the future, as countries weigh the balance between the public and private sectors.

The UK has been fierce in its attempts to ensue safety on it’s 5G capabilities, and has introduced a new bill giving the government the power to leave out any vendor it deems as high-risk to it’s telecoms infrastructure.

High-risk vendors are being categorized as those who pose large security and resilience risks to UK telecoms. The telecoms security bill aims to forge national security powers to be able to control if a telecoms firm can use materials supplied by outside vendors.

Previous rallies against Huawei in the UK have increased in the past couple of months, with British premier Boris Johnson imposing a ban on the tech titan’s involvement in the country’s 5G infrastructure, while tasking local telcos to remove and replace current Huawei equipment from usage on a deadline set for 2027.

In parallel, a group of British lawmakers published a report citing 5G security concerns relating to Huawei’s collusion and close ties with China’s “Communist Party apparatus,” as they urged the PM to shorten the banning period.

In other words, the UK has publicly declared Huawei to be persona non grata within their future plans.

The bill being studied in parliament also contains security protocols that would fine UK networks of 10 percent of turnover or £100,000 a day for those who do not meet the new standards.

The country’s communications regulatory body, Ofcom, is set to be tasked with monitoring and assessing security protocols among telecom providers.

“We are investing billions to roll-out 5G and gigabit broadband across the country but the benefits can only be realized if we have full confidence in the security and resilience of our networks,” Digital Secretary Oliver Dowden told reporters.

Dowden added that this bill will give the UK one of the toughest telecoms security regimes in the world and would allow for necessary action to protect their networks.

The Department for Digital, Culture, Media, and Sports (DCMS) issued a statement saying that the current “self-governance laws in which telecoms providers were responsible for setting their own security standards, did not work.”

Ironically, while initial pressure to cut off Huawei and the likes have originated from the United States, there doesn’t seem to be serious talks or bills of regulating 5G networks across the Atlantic Ocean.

While U.S. Congress, from both sides of the aisle, have agreed on the importance of American 5G from a technological standpoint, the importance of protecting these networks from prying eyes and cyberattacks have barely scratched the surface.

There is no doubt that the United States is playing catch-up compared to its competitors such as China, but it’s also playing the same game with its allies.

At least 23 legislative items that specifically mention or address 5G—10 in the Senate and 13 in the House—have been introduced in the 116th Congress. Most are bipartisan and many are also bicameral, meaning the same text is supported by both Democrats and Republicans and has been introduced in both the House and the Senate.

But many have doubted the capability of the 116th Congress to be able to forge any response that will realistically change the course of US 5G deployment and security of its networks.

Experts forecast that 5G will remain a private-sector-led initiative in the US; especially since there doesn’t seem to be consensus on whether regulations will address sensitive issues such infrastructure installation, equipment to be used, pricing, security, or privacy.

In retrospect, a Biden presidency doesn’t exactly translate into a more lenient view of Huawei, regardless of the fact that the president-elect will be more consistent in his approach with the East Asian powerhouse.

However, not all of the U.S.’s rivals are technologically flourishing like China.

Russia, on the other hand, has imposed tight exposure limits for radio frequency electromagnetic fields (RF-EMFs), which have been laid out by the country’s Digital Economy Program, which sees much more stringent standards than what’s internationally accepted.

This has pushed GSMA to publicly advise Russia to relax those measures, since these overly strict regulations will hinder the country’s 5G deployment, forcing it to fall behind other countries with regards to its digital transformation.

“While Russia’s standards reflect public concerns about the relative safety of mobile technologies, the GSMA stresses that the risk is extraordinarily low, and that studies have shown that using a mobile phone or living near a base station does not lead to any adverse health effects,” GSMA said in a statement.

The organization specifically cited the International Commission on Non-Ionizing Radiation Protection, which published new international guidelines after analyzing 20 years of health research. Those guidelines are far more permissive than Russia’s, which the GSMA argues are not based on medical evidence.

“The updated international safety guidelines were adopted this year by Poland and Lithuania, among others,” GSMA VP and Europe, Russia and CIS Policy and Regulation Head Daniel Pataki, was quoted saying, adding that, “Russia has a critical opportunity to spur growth if leaders enact reforms now.”

Despite the potential hiccups, GSMA expects 5G to account for 20 percent of the mobile connections in Russia by 2025. The organization nevertheless believes that the country’s rules for the operation of radio facilities will slow the growth of the network, as will the country’s bureaucratic approval process for development projects.

Zipping back to the heart of the EU, Germany is currently battling to reach a consensus within the government that a telecoms vendor poses a national security threat in order to exclude its equipment from national 5G networks, according to draft legislation reviewed by Reuters.

The latest version of the IT Security Law follows months of wrangling in Chancellor Angela Merkel’s coalition, which has been split over how to craft a political mechanism for judging whether a vendor can be trusted or not.

The consensus will prove vital for the future of China’s Huawei on German land, as the bill attempts to form a bridge between Chancellor Angela Merkel, who is for close trade relations with China, and her coalition partners in the Social Democratic Party (SPD) who, led by Foreign Minister Heiko Maas, are hawkish towards Beijing.

As governments around the world attempt to set the stage for the next generation of mobile networks, the decisions made now, and in the near future, will most likely shape our interactions with the technological world as we know it.