Published 2 Weeks Ago on Tuesday, Sep 20 2022
By Mohamad Hashisho 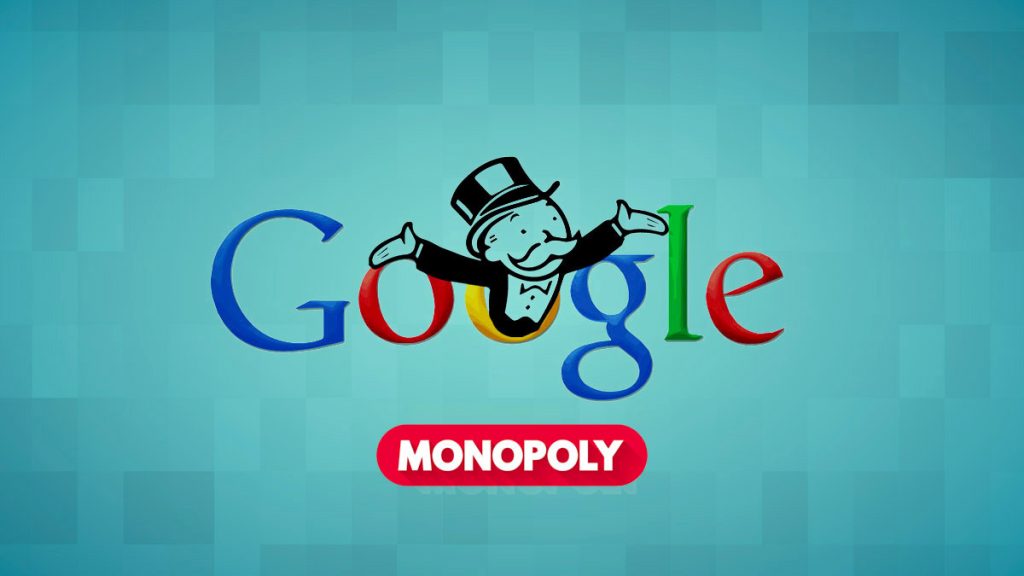 Google is one of the, if not the biggest, names worldwide and is a crucial aspect of daily life as an individual or a corporation. The tech giants are owners of technological leaps such as android and, of course, the Google search engine. Such innovations paved the way for Google’s greatness, but they also pushed the Google monopoly case. Is Google a monopoly? We will take a closer look.

What Makes Google a Monopoly?

Various critics of Google tend to throw this term around. Google’s supremacy in various aspects of the tech world might come off as a bit excessive. Here is a look at various ways google established its dominance.

There is a strong Google monopoly case when it comes to internet browsers. Many come to accuse Google of making their websites only work on Chrome. Users report that random bugs and errors hinder their browsing experience when browsing Google-owned websites on other browsers. For example, YouTube users found it hard to use certain features while browsing for a while, and the issues seemed to be fixed magically when they used Chrome, Google’s browser.

When Google launched Chrome, it was based on an open source called “Chromium.” After a while, many others followed, and even Microsoft’s edge shifted to use a chromium build. Opera is also born out of chromium, so if more than 60 percent of people use Google Chrome, more than 70 percent use Google to browse the internet when you factor in the chromium-based browsers.

Finally, you only have Firefox and safari, which constantly push the narrative that Google keeps trying to further its monopoly. With more than 70 percent of people using Google to surf the internet, it technically is a monopoly.

Google controls 37 percent of advertisements online, and a giant gap exists between Google and the rest of the advertisers. Even with Google saying it’s only 14 percent when it comes to web Ads. It might sound like a small number, but when you consider that Google’s numbers are as big as sectors, not other advertisers, you’ll realize it starts to sound like Google is a monopoly.

Moreover, the AdBlock conversation paints Google in a bad light. The Google chrome plugin is created to filter and block unwanted and harmful ads. Looking closer at it, you will find that Google’s ads don’t fall under the harmful ads category. So while other ads are blocked, you will still see Google’s ads pop up, which further Google’s advertising dominance.

Google’s search engine is probably what Google is known for to most people. There are 5.4 billion google searches per day and Google controls 90 percent of the global search engine markets. The department of justice is suing Google over claims that Google furthered specific search engine results for political reasons. The Google monopoly case will be a fierce battle as many states and countries hope to dethrone Google as the king of search engines.

Additionally, Google heavily promotes using search engines while brushing the few others under the rug. The most popular browser is Google’s Chrome, and of course, it encourages its search engine. Android phones also promote Google’s search engine, which all ties into the Google monopoly theory.

Technically, Google Is Not a Monopoly

The classic defense is that Googles products are entirely free, and users are not forced to use them. Technically that is true. Most people don’t use Google because they have to. They want to. Google has an excellent output of products, and the quality of performance is always top-notch, so yeah, more people are encouraged to use google for that factor.

Furthermore, Google can refute the Google monopoly case by pointing out that Google doesn’t buy out its competitors. They simply aren’t as good as Google. But Google did make excellent acquisitions to bolster its position as a giant leader. Google acquired android, aiming to be a part of the smartphone world. Arguably they are way more than a part of this acquisition. Google also acquired Waze, which furthered their Google maps efficiency and data processing, such purchases did make Google bigger, but they weren’t technically competition.

Finally, Google is being accused of monopolizing a sector that they not only pioneered. Some can say they created. You can’t blame Google for innovation. It is counterintuitive. It is also ironic that a monopoly of wealth is suing Google in the hopes of erasing its so-called monopoly over search engines and advertising.

The Google monopoly case will be a forever ongoing one, is  Google a giant? Yes. But are they a monopoly? You will have to decide for yourself. The term monopoly gets thrown left and right to describe companies that buy or invest in making themselves better. Labeling a company that operates within a system that allows the elimination of competition by paying them and buying them out won’t solve much. The system itself needs to be tweaked to promote healthy competition and protect small fish from “Whales.”